In the United States, we are suffering the biggest economic crisis since The Great Depression. In these tough times there are people like Minnie Torres, coach Bob Salomon, A Glove of Their Own, and giants in the baseball industry such as Louisville Slugger, Modell’s, Upper Deck and Rawlings who are still going above and beyond to help children that are less fortunate .

Growing up an impoverished child, Minnie is no stranger to the struggles of making ends meet. Today, as a single mother, she recalls the invaluable lesson once taught by her parents about generosity; it’s not how much you give, but just the act of giving that matters. Her first trip to the Dominican  Republic nine years ago proved to be much more than a vacation; it changed her life.  Minnie witnessed poverty in a way that would remain etched in her memory.  She began by emptying her suitcase and returning to the neighborhood overflowing with need and beautiful children.  There she would share all of her belongings and fuel the desire where “paying it forward” would be the both the purpose and the reward of all future trips to the Dominican Republic.  Minnie couldn’t help but think about all those bright young eyes having seen the harsh realities of poverty and hunger, yet they had never laid eyes on baseball equipment most of us would deem common.  The idea of new equipment even as simple as a brand new baseball was something only on wish lists.  The adoration behind your favorite baseball card typical here in the U.S. was something unknown to the children of the Dominican Republic and that was all about to change.  Excitement filled the air and proved that the children of the Dominican Republic, for all that they lacked, were not short on the ability to dream.

“It always make you feel great when you see a kid who ordinarily might not be able to obtain a pack of baseball cards open up his first pack.   “It actually warms your heart because you see the excitement and joy come right through their faces. It’s a thrilling experience for them and a rewarding one for us,” says Terry Melia, Upper Deck’s Public Relations Manager.

As a result, her most recent  trip in February 2010, exceeded her all of her expectations; it was beyond special.   This hard working, state employee made an enormous delivery to a land full of kids whose tough lives give her own underprivileged childhood a new definition.  Not long after the plane landed, the kids were able to see only one thing: Minnie. They began chanting her name as she filled their empty hands with purpose, happiness, and a new sense of hope in the form of bats and gloves.  She delivered the game of baseball and it read just like a verse out of the award winning children’s book, A Glove of Their Own.

“Few things in life are ever as good as the smell of your own glove, the crack of the wood, or being with friends at that one special spot and sharing what you have with those who have not.”

When fulfilling her vocation of sharing typical items such as clothes, shoes, and more, Minnie ran into the last person she expected to see.  Coach Bob Salomon, a co-worker of Minnie’s and one of the creators behind the children’s book, “A Glove Of Their Own.  She learned that he, too, had simultaneously been fighting for the same cause as he spearheaded the movement behind A Glove of Their Own  that focuses on “paying it forward.”   When he realized that Minnie was equally devoted to this cause, Bob was able to make her most recent trip to Dominican Republic the most successful one yet.  Bob called in the giants of the sports equipment world,  Louisville Slugger, Modell’s, Rawlings and Upper Deck and they graciously stepped up to the plate

I don’t know how to thank Bob Salomon, the team from A Glove of their Own, and these very generous companies. Louisville Slugger gave the kids mini bats , Modell’s gave the kids baseball pants, shirts, and hats and made them feel like they were part of a team. Rawlings put baseballs into their hands which they repeatedly tossed into the air with excitement, and Upper Deck donated baseball cards which had the children in awe as they looked at pictures of their hometown heroes said Minnie. I don’t know how I could ever thank Bob and his team enough.  There are no words to express the gratitude that both the children and I have experienced.  I would like these companies to personally know that I was grateful and  honored to deliver their donations.  I was the lucky one who witnessed their eyes light up and I will never forget the words I heard one boy say, I hope you will be there someday to see me make it to the big leagues, I’m going to make it Minnie, I promise. Those words cause the tears I still experience now as I recall the raw desire and passion that little boy shared.”

It always feels great when you receive feedback on how your efforts and the efforts of those around you can have such a positive impact on the lives of others.  Something so small to some can end up being somewhat of a life-changing occurrence for others!- Rich Lampmann, Director of Promotions & Public Relations, Modell’s Sporting Goods.

Childhood is fleeting, and to think that some kids see it pass by before they ever have a chance to actually be kids is, sadly, all too common in the world.  These lucky kids from the Dominican, even if just this one time, have a memory from their childhood that reigns supreme.  It was not so long ago that Minnie was a poor little girl, but having learned the importance of giving ensured that she is one rich woman today.

Louisville Slugger, Modell’s, Rawlings, and Upper Deck are as synonymous  with Major League Baseball as the ballad Take Me Out To The Ball Game and the seventh inning stretch.  In a world where we too often hear of corporate corruption and the evil ways of big companies, these baseball companies and their generous act of giving show that there are still good people in this world stepping to the plate to help those less fortunate.

“I’m so grateful and blessed to have met Minnie because I was able to help her crusade in honoring and supporting children in need.  Yet again,  A Glove of Their Own proves to be the perfect vehicle to share the message of kindness and community outreach.  It was the vision that fuels and enabled me to create the movement behind this special book.  The message in our award winning children’s  book is simple:  pay it forward.  As a Dad, it’s one lesson that I feel is imperative to instill as a fundamental principle and message to our children.  And that’s exactly what Louisville Slugger, Modell’s, Rawlings, and Upper Deck have done from the inception of this project,” says coach Bob Salomon.

A Glove of Their Own has supporters from all over the Major League Baseball community including: Louisville Slugger, Modell’s, Rawlings, and Upper Deck, as well as current and former major leaguers and legends, Phil Neikro, Tommy John, Bud Harrelson, Dick Drago, Jason Grilli, Craig Biggio, Roy White, Sean Casey and Joe Torre to name a few of the stars from our extensive and impressive list of supporters.

“After my first read through of  Glove [A Glove of Their Own], I had tears in my eyes and read it two more times.  I felt compelled to share it with my own grandchildren and shortly thereafter found myself eager to visit their schools and share it there too.  This book will be enjoyed by everyone that reads it, that I can guarantee,” says 1997 Hall of Famer, Phil Niekro.

“It brought me back to my sandlot days and really makes me reflect on my childhood playing ball with my friends.  I instantly knew there was something special about this book and Bob’s passion about it’s message.  Baseball’s impact on my own life is immeasurable so the opportunity to support an initiative that gives back to my beloved sport was something I knew I couldn’t pass up,”  says former Major Leaguer, Tommy John.

“Bob Salomon won me over on the first phone call. He’s a warm, compassionate human being who truly believes in the book and the message itâ€™s trying to convey about giving back. We wish him and everybody else associated with A Glove of Their Own all the success in the world,”  said Terry Melia, Upper Deck’s Public Relations Manager.

“Bob Salomon is one of those people who you can just tell is extremely motivated to promote a great cause.  Bob shares the same feeling as countless Americans when it comes to the game of baseball.  The memories of pick-up games in the yard, lot, or at the field stick with us for a lifetime.  Bob and his team have taken this a step further and are not only promoting the game in and of itself, but also using the game as a means of spreading sportsmanship and teamwork for the greater good,” says Rich Lampmann, Director of Promotions & Public Relations, Modell’s Sporting Goods.

“It’s a wonderful story that everyone can learn from, kids and adults.  Plus it’s tied to many great causes and provides the chance to donate funds to your favorite baseball charity.  For example, it helps introduce more kids to baseball, particularly kids who might not otherwise have a chance to ever play ball.  Louisville Slugger has a long history of supporting programs that provide disadvantaged kids opportunities to learn the game.  Currently we are also involved with the Cal Ripken Sr. Foundation, the Cincinnati Reds and their youth baseball charities, and MLB’s RBI program.  Plus, how could we say no to Bob Solomon?!  He has a drive and passion that’s unmatched,” says  Rick Redman, VP Corporate Communications, Louisville Slugger Museum & Factory.

It was an honor to speak with Minnie and learn the details of her heroic story.  Her emotion and gratitude were raw and obvious.  With help from Coach Bob and his team, she will continue to spread her kindness overseas.  These trips will undoubtedly change lives both in the Dominican Republic and the United States.  Once again, the message of this all-star team is simple…”pay it forward” but the rewards priceless from every angle across the globe.  For more information on A Glove of Their Own please visit: www.agloveoftheirown.com

For each sale of the book, $3.00 is donated to WBO ,use the code WBO,  listed on a drop down menu on the book’s popular website. 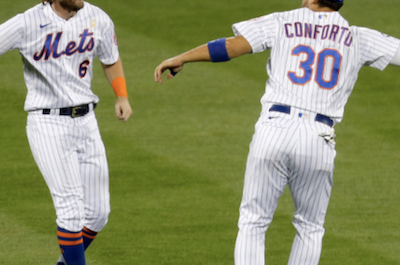