For the past three seasons, the New York Mets have been heavy on star power, but low on fill-in-the-blanks guys. Although most successful baseball teams revolve around one or a few superstars, the true essence of winning relies on all twenty five players. This 2010 season has seen the Mets finally mix the combination of superstar players with these type of role players. Whether it is the back end of the pitching rotation or shoring up the middle of the diamond, Omar Minaya has received accolades for his findings. The Mets GM has been able to address three specific areas of need that New York has been lacking in previous seasons.

After catching heat for their subpar system in recent history, 2010 has been a watershed year for the Minaya tenure. Mike Pelfrey, Omar’s first draft pick as general manager, has become the ace of a Mets’ rotation that also features two-time Cy Young winner Johan Santana. Coming into this year Pelfrey had shown flashes of top of the rotation potential, but could never build on his success; this season though, number 34 has been lights-out with a 10-2 record and has established himself as a bona fide Cy Young candidate.

Another 2005 draft pick of Minaya’s has flourished this year: Jonathan Niese. After a cup of coffee in the big leagues last season, the crafty lefthander has become more than the Mets hoped for when they plugged him into the rotation at the beginning of the season. With a complete game, one-hit shutout under his belt already, Niese has been able to sustain his success into late June with an ERA under 4.00.

With a gaping hole at first base to start the year, the Mets turned to 23-year old Ike Davis. After starting the season hot with the bat, Davis has cooled down average-wise, but he continues to hit for power. A prototypical first basemen who hits homeruns and drives in runs regularly, the 2008 1st rounder is seen as a potential 30-HR, 100-RBI guy over the next ten seasons. Coming into the year with questions at teh position, the New York Mets may have left 2010 not having to worry about first for a decade.

With these three young studs garnering most of the hype, Omar Minaya has also used his system to bolster the teams depth 28-year old Chris Carter has had a few shinning moments off the bench this season, including three run homeruns in back-to-back starts in June. Ruben Tejada has been an unsung player for the Mets also, as he has stabilized second base with his dazzling play in the field while not being a liability at the plate.

Rod Barajas: When Bengie Molina resigned with the Giants, Minaya had to go to hsi contingency plan in Barajas. After a 20 homerun season in Toronto last year, the Mets were intrigued by the catcher’s raw power and felt the confines of Citi Field wouldn’t hurt his numbers. Their gamble proved right as Rod has one less home run at home than on the road. Although his power outage may have hit a short in June because of various injuries, Barajas was the Mets’ main power threat during the team’s first two months. Along with a great rapport with the Mets staff, the catcher has become a leader in a clubhouse that has lacked one in recent years.

Henry Blanco: Although he may be the Mets’ backup catcher, Blanco has been a key part of the Mets recent hot streak. Having bounced around the majors over his twelve year career, Blanco has been a steal for Minaya and the Mets. With Rod Barajas battling injuries over the last month, the veteran has started seven games behind the plate. Known for his superior arm and defensive ability, Blanco has been nothing less this season as he has caught 7 out of 15 basestealers. Anything the Mets get from the backup catcher offensively is extra, but he has contributed with a home run and three RBIs this month to go along with a .270 average on the year.

R.A Dickey: After bouncing around the majors after becoming exclusively as a knuckleballer, Dickey seems to have found a groove this year. After being picked off the scrap heap and plugged into the rotation in May, the former 1st rounder has been a spark plug going 6-1 with an ERA just under 3.00. Credit Minaya for giving the knuckleball pitcher a chance, considering their fraternities lack of members. Dickey has been a great change of pace for the Mets as he has been credited with throwing off hitter’s timing for entire series. Although his torrid pace will most likely end at some point, the knuckleballer has helped turn the Mets’ season around.

Hisanori Takahashi: Coming into the season, the Japanese was an afterthought in making an impact on the starting rotation. Against the odds, the 34-year old rookie has been sensational, relying on guile and timely strikeouts to help facilitate his success. Starting out as a lefty specialist and long reliever, Takahashi stepped into a unstable Mets’ rotation and along with R.A Dickey helped right the ship. Minaya beat out the Red Sox and Giants, to name a few, in signing the Japanese lefty and his faith has been rewarded to the tune of 6 victories and 3.78 ERA.

As evidenced by the nine players mentioned, Omar Minaya has helped create a baseball team, instead of a makeshift group of players. This 2010 season may get looked back upon as a key year for the Mets’ turnaround, as well as Omar’s job security. With the faith renewed in his drafting ability and the ability to find gems in the bargain part of free agency, Minaya will be judged by the final win tally for New York this season. If Jason Bay and Francisco Rodriguez can continue to contribute and Minaya’s role players can continue to impact the season, the Mets should have high hopes coming into September.

Going Nine: How Mets Fans Should Look At The 2011 Season 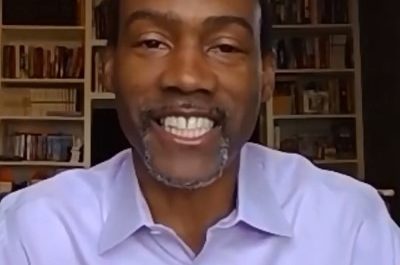