In front of a sold out crowd at the Richmond County Bank Ballpark the Staten Island Yankees fell short of the sweep when the Connecticut Tigers exploded for seven runs on twelve hits to take the final game of the three-game series.

Staten Island left a total of eight men on base throughout the night and was combined 0-for-5 with runners in scoring position.

The Tigers were the first to get on the board, plating two unearned runs in the top of the first inning.  PJ Polk starte the game reaching on a fielding error by Yankees third baseman Garrison Lassiter that allowed the ball to go into left field.  After a stolen base Ryan Enos sacrificed him over to third.  Alexander Nunez then struck out but a single by James Robbins allowed Polk to score and a throwing error by second baseman Casey Stevenson allowed Robbins to reach second.  With Josh Ashenbrenner at the plate starter Mike Gipson threw a wild pitch that went all the way to the backstop.  Yankees catcher Francisco Arcia lost the ball with the concrete background and the runner came all the way around to score.  Gipson allowed a third run in the top of the second inning when Eric Roof homered to right field.

Staten Island plated their first and only run of the game in the bottom of the second inning.  Kelvin De Leon led the inning off with a walk.  He then went from first to third when Kyle Roller sent a ground ball to right field and came home to score when Jose Mojica grounded into a double play.

In the top of the fifth inning the Tigers plated three more runs to give them a 6-1 lead over Staten Island.  PJ Polk doubled with one-out then scored on a triple by Ryan Enos before Alexander Nunez struck out looking.  James Robbins then homered to right field to plate Enos and himself, after a single to Josh Ashenbrenner Josh Paul called to the bullpen for left-handed reliever Kramer Sneed who induced a ground out to first to end the inning.

Mike Gipson took the loss allowing six runs, four earned, on eight hits striking out eight and walking none in his four and two-third innings.

In the bottom of the sixth inning Staten Island Yankees manager Josh Paul was ejected from the game with Kelvin De Leon at the plate.  The umpire called a 2-0 pitch that was inside as a foul ball but it did not touch the bat.  Kelvin De Leon ended up striking out swinging.

In the top of the seventh inning the Tigers added another run to their line score.  Alexander Nunez reached base on a fielding error by third baseman Garrison Lassiter before James Robbins was hit by the pitch.  Josh Ashenbreener then lined a single into center field and Nunez was waved home on the play.  A perfect throw by Yankees center fielder Eduardo Sosa got the runner at the plate but a single by Matt Perry would bring home Robbins for the seventh Connecticut run, Perry was thrown out at second attempting to stretch it into a double to end the inning.

Kramer Sneed pitched three and a third inning allowing just a run on four hits while striking out two batters.  He was replaced by right-handed pitcher Andrew Shive in the top of the ninth who pitched a perfect ninth inning.

Casey Stevenson, Kevin Mahoney and Garrison Lassiter were the only Yankees to have a multi-hit game as they all had two base hits.  Kyle Roller and Jose Mojica had the other base hits for the Staten Island Yankees.

Notes: New York Yankees 2010 fifth round draft pick Tommy Kahnle has reportedly signed with the New York Yankees for $150,000 and is expected to be in a Staten Island Yankees uniform by Monday.  On August 27, 2010 the Staten Island Yankees will host Air Force Night as part of the Air Force Week-New York City festivities.  The Tops in Blue will perform God Bless America, the Air Force Honor Guard will present the colors and many Air Force airmen will be in attendance. 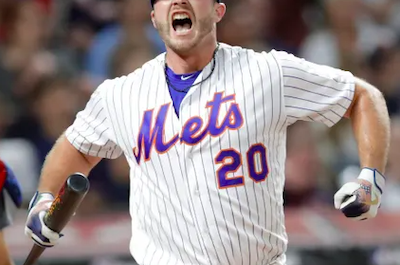