When Ron Swoboda sees his two young granddaughters, who live not too far from the World Series hero’s New Orleans home, they always have the same question.

“Granddaddy,” one or the other will ask, “why is everything a story?”

Swoboda, who turns 67 on Thursday, has an endless supply of stories gleaned from more than a half-century in the game, and, fortunately, a seemingly endless supply of fans who love to hear them. On Tuesday at legendary Gallagher’s Steak House in New York, amidst photos of sports stars present and long since past, Swoboda held court for a captive audience of Mets rooters and others who just wanted to relive the magical 1969 season from one of its stars.

The man best known for “The Catch,” a sprawling, diving grab of Brooks Robinson‘s ninth-inning line drive which saved Game 4 and perhaps the entire World Series for the Mets, fondly remembered many of his teammates from the era, in particular Tug McGraw, Tommy Agee, Cleon Jones, Donn Clendenon, Ed Charles, Ed Kranepool and the Miracle Mets’ manager, Gil Hodges.

“Hodges was the fastest cribbage player I’ve ever seen,” said Swoboda. “His mind was working faster than anyone. Plus, he had the ability to look at baseball in its simplest terms, and that was perfect for our team. I think if you take the whole package into account, his playing and his managing, he’s a no-brainer for the Hall of Fame.”

That Hodges turned the Mets, who had lost 89 games and finished ninth in the National League in 1968, into winners the next year was a surprise to many, and though the team hovered around .500 through June, Swoboda and his teammates gained confidence throughout the year.

“Hodges was great at pushing the buttons, and that year we gave him the buttons to push,” said Swoboda.

“The key man was Donn Clendenon,” explained Swoboda. “When we acquired him [in a mid-June trade from Montreal], we got a power-hitting first baseman and a huge clubhouse presence. What a lot of people don’t realize is that he engineered that trade. He was a lawyer and he told them where he wanted to be traded, and the Mets were on the list, so they made the deal. He had that other option of a job outside baseball so he was able to do that.”

Swoboda also told a few stories about McGraw, who was for a time his Mets roommate, including the lefthander’s response to a question about his preference for grass or Astroturf: “I never smoked any Astroturf.”

“He loved people,” he said. “The world is not a better place without Tug McGraw.”

Though Hodges, McGraw and several others from the squad have passed away, Swoboda keeps in touch with many of his former teammates, sometimes at reunion events. He spoke of a special reunion last week among the wives of the ’69 team, when the current Mets visited Texas. Swoboda’s wife helped organize and Ruth Ryan, wife of Nolan Ryan, then a young fireballing reliever and now Rangers’ team president, hosted the ladies in grand style, something Swoboda appreciated greatly.

“The wives formed a special bond of their own,” he said. “It was great for them to be able to get together and share some memories.”

The memories of 1969, recounted in many retrospectives and forever immortalized in the just-at-the-right-moment Daily News photo of Swoboda’s grab, have kept the Baltimore native a Mets fan ever since his career ended in spring training in 1974.

Today, Swoboda follows the game closely, and still does color commentary for several games of the New Orleans Zephyrs, AAA affiliate of the Florida Marlins.

“It’s a little bit of a National League East conflict,” he joked. “But when the Marlins play the Mets, I know who I’m rooting for.” 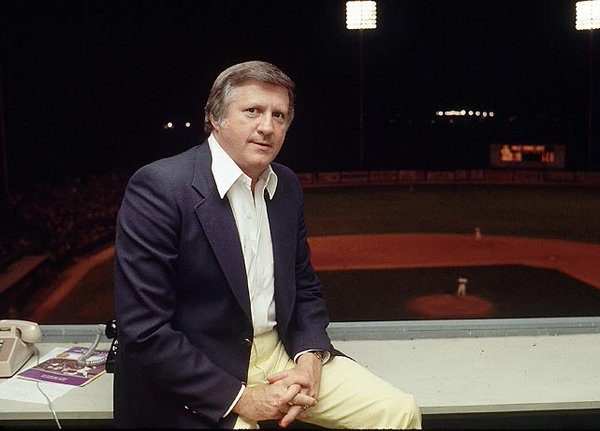