Trenton, New Jersey – The pressure is always there for any young player. He has to prove himself, no matter what. But when the injury bug continues to attack,  making it to the majors gets tougher.

For top Mets prospect Reese Havens, injuries or not, being conscious of the player that wants to replace you is always a thought.

The second baseman has hit well in the first two weeks of August for the Double-A Binghamton Mets. He’s hitting .438 to star the month, with 14 hits and 6 walks since August 1st.  He spent most of  after being put on the DL July 20th, missing 21 games. August is all about getting back in the swing of things, even just for a short time.

July was not his only stint on the DL this season. On April 7th he suffered a left oblique strain, missing all of that month and most of May. The limited at-bats matter for many reasons. Trying to recover physically and stay in everyday-playing mode is a challenge, but the emotional difficulties of sitting on the bench have been worse for Havens to handle. July and April’s injuries marked the 5th and 6th time he’s been on the DL in his professional career.

“It is tough. Anytime you’re sitting in the dugout and watching your team play, you feel like if you were out there you could help. You want to be in there everyday. It does take a toll mentally.”

Nationally ranked between No. 6 and 7 in the Mets farm system, the twenty-four-year-old still has plenty of time to pan out.

“I think his health is always going to be an issue,” Backman said. ”

If Backman is right and Havens health is always an issue, the Mets may have a project on their hands, more than they already do. Havens ability isn’t in question. But his ability to stay healthy enough to be an everyday player in the majors for years to come is.

“You learn a lot about yourself as far as production, knowing your body, and what you need to do on a daily basis to get ready to play. You go from high school to college and you think you’re playing a lot of games but you’re playing four days a week. Going from college to pro ball, you have no idea what it’s like to play everyday and the toll it has on your body. I think that’s the biggest adjustment for younger guys. You have to build a routine for yourself to be successful day in and day out.”

No matter what else is going on, he keeps looking forward. He keeps learning what he needs to be a better player and the physical problems are what they are. He’s learning to understand the key to success being in the lineup everyday.

“The thing I need to improve on is approach. I think that’s as you get older and you keep playing, you think you have it figured out and the next day you feel something or you just think of something different in the box. It’s not always physical, sometimes it’s mental and you kind of just add it to your game plan. It’s always a work in progress.

Despite all the physical problems, Backman feels he needs just to do his best now to make an impression on the big club.

“I think if he just plays this month out and shows that he’s healthy, I don’t know for sure, but it’s being talked about for him to go back to Arizona Fall League. He’s done it before and he’s had success there. More at-bats would benefit him,” Backman said.

Havens would almost certainly welcome a repeat opportunity from the Mets to to participate in Fall League. He’d capitalize on the end-of-season success he’s enjoying.

The struggle to stay on course can creep up. He knows how to get himself back on it if he has any doubts.

“If I get in my own head a lot and try to think about too many things it goes against what I’m trying to do. So just little things, like I don’t change my stance a lot…the big thing for me lately has been timing. I try to get there early and see the ball best I can.  Usually when I do that everything just kind of takes care of itself.”

Havens has not wavered. The injuries, the obstacles, they have not changed him. Nothing has discontinued his faith in himself.

“I put a lot of pressure on myself to put up good numbers and play to the best of my ability. So I expect that out of myself.” 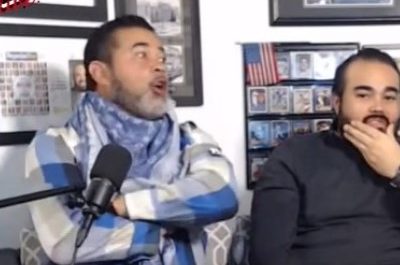