Anyone who’s ever paid close attention to the ownership / front office dynamic of the New York Mets over the years knows there’s always more going on behind the scenes than is ever reported. Ex assistant GM Tony Bernazard was a divisive force between ownership and baseball operations long before he ripped off his shirt in Binghamton. Fred Wilpon once hired his son’s former batting coach to help run his scouting department. Ownership once fired a very competent GM because he didn’t want to carry a cell phone.

One would have thought that the hiring of a no-nonsense Marine with a great baseball resume would have put an end to all these shenanigans. Unfortunately, when the protagonists of the messy office politics are the ownership group, even the most competent GM — even who has the backing of the Commissioner of Major League Baseball — has his hands full.

Whether one wants to believe the hiring of Sandy Alderson as Mets GM was by direction of Bud Selig or not, one important element of the move is significant; Jeff Wilpon, the team Chief Operating Officer was not on board with the hiring. Perhaps more accurately, the younger Wilpon was not given a vote in the decision. Nor was he given a vote in the initial hiring of the team’s manager, Terry Collins.

I was told at the time, and have been told again that despite what is continuously reported in the mainstream media, Jeff Wilpon is on the outside looking in as far as the baseball operations department is concerned, and he isn’t happy about it at all. More than one Former Mets executive who no longer work for the club and wish to remain anonymous all tell a similar tale; there is a growing tension between the ownership group and the baseball operations group because certain promises regarding payroll have not been kept, and the junior Wilpon has been ‘very impatient with the rebuilding process, and wants it accelerated”.

There is little love lost between Alderson’s staff and the COO, because the GM runs his department separately from the rest of the organization, and really doesn’t allow the access to ownership which was responsible for so much dysfunction in the past. That is particularly galling to Jeff Wilpon, who spends most of his time and gets a good deal of information from pre-Alderson Assistant GM John Ricco.

“It’s not a good situation,” said one Mets insider we spoke to. “Alderson is frustrated because he’s not getting the money he wants to spend on players, and then has to deal with the owner’s son sending a mixed message.”

It’s unclear as to whether this turmoil will in any way tamper what is clearly a challenging offseason for the embattled franchise, but it’s clear that the GM’s job, as hard as it is, is starting to get even harder.

‘Remake’ of Mets Radio Booth is Officially a Mess. 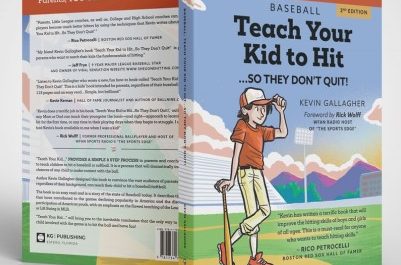