We can’t do much with spring training scores and stats, which makes March a painful baseball purgatory where the qualitative trumps the quantitative and, yep, we might just have to put number-crunching on hold for the good old fashioned eye test. With a shade under two weeks until Opening Day, here’s mine regarding some of the Mets most hotly debated topics.

It’s not time to be pessimistic yet!

There is always going to be a “Jon Niese’s elbow…”

With two weeks until Opening Day, Daisuke Matsuzaka seemed to be emerging as the front-runner for that last rotation spot with all signs pointing towards John Lannan and his left arm being relegated to the bullpen and Jenrry Mejia being the odd man out. Once upon a time, this was how the three-way fight for the fifth spot in the Mets’ rotation was shaping out. But since baseball is a self-correcting universe, this problem potentially fixed itself before the meddling reach of managers, coaches and a front office could tamper.

And so, the health of Jon Niese being what it is, one of the two on the outs of the rotation might make a few spot-starts come early April. And that’s just baseball. That said, this pitcher should be Mejia. After giving Josh Edgin the early pink slip in camp, it’s clear the Mets want to commit to Lannan as the southpaw they want in the ‘pen and commit they should. With the most to gain and the least to lose, the young Mejia should get a start or two in April, essentially an audition to eventually supplant Matsuzaka in the rotation.

…But it’s not always this clean

There are worse position battles to be waged than the one over a fifth starter spot. There are few worse position battles than one waged over a first baseman, which falls pretty much near the bottom on the laundry list of spots you don’t want up for grabs come March. Alas, with less than two weeks until Opening Day, neither Ike Davis nor Lucas Duda have done much to state his case as the team’s starting first baseman. It’s a bad situation that, unlike the fight for the fifth starter spot, has been exacerbated by injury, not made easier.

The most impressive first baseman in camp has been Eric Campbell, who will almost assuredly not make the Opening Day roster, even if injuries do sideline Davis and/or Duda. Josh Satin proves a capable backup corner infielder, and of course matches up better against southpaws than the aforementioned. But still, the position is a jumbled mess and nobody in the Mets universe is any closer to touting Davis or Duda as the team’s starting first baseman.

Speaking of the infield…

While it’s important to remember Ruben Tejada is only 24 and was once a somewhat consistent player, he’s having as awful a camp as it gets. That first clause, however, is almost definitely what’s inhibiting Sandy Alderson from parting with pitching prospects for Mariners prospect Nick Franklin, or shelling out a second year for still-a-free-agent Stephen Drew.

Spring Training stats being what they are — and couch-surfing, naked-eye assessments being what they are — Tejada should not be the starting shortstop for this team going forward. It seems uncharacteristic of Alderson to not have already pulled the trigger on an alternative, which means he’s either still hamstrung on a budget and is worried about having to give up an unprotected pick in next June’s draft for Drew (90 wins, anyone?) or is steadfast on not over-giving prospects for Franklin.

Whatever it is, the Mets’ shortstop is one pothole that should not be left unresolved once this winter moves on out. New Jersey native Anthony Seratelli is a minor-league lifer who deserves a shot at the bigs as a backup (he seems to fall not far from the Mike Baxter tree), but is not a viable starter. The nomadic Wilmer Flores has nowhere to hang his hat, and for right now, shortstop isn’t the answer. And as much as Omar Quintanilla’s name is enjoyable to say, he too is but a backup.

But you didn’t need me to tell you this. He’s continued to flash his otherworldly glove this spring, proving that defense can bring sexy back. More importantly, for a team whose mission statement is to win from the mound, not the batters box, Lagares is a security blanket the Mets would be foolish not to run out to center field every day.

A pitcher’s knowledge that a fielder like Lagares is patrolling center is an unmeasured stat (for now), but in terms of allowing a hurler to be aggressive and confident — especially the Mets’ stable of young arms who will need all the confidence they can get going forward — it is an undeniable asset. As for his offense, it’s an admitted work in progress, but this whole team is a work in progress to be finished some time before 2015, when the health of Matt Harvey and major-league-readiness of Rafael Montero and Noah Syndergaard all hope to coalesce.

Give Lagares a full, low-stakes year as a starting center fielder and see what happens. Eric Young Jr. and Andrew Brown are still there as capable backup outfielders if things go south in a season with no real hope for the postseason.

Speed is good, but savvy is better

The Mets have become one of the best base-stealing teams in the league without necessarily being one of the quickest. EYJ led the NL in steals last season and has some of the best wheels in the majors, but David Wright, Daniel Murphy, Chris Young and Curtis Granderson are all smart veterans who do more with savvy than with outright speed, and all are capable of swiping 20 bags.

Credit the coaching of Tom Goodwin, who has developed one of the smartest baserunning teams in Major League Baseball, and also recognize his firm handle on this team’s identity as one that will have to produce runs heavily through aggressively smart baserunning. In a lineup that still lacks for major power and RBI men (the jury is still out on how Granderson will fare at vast Citi Field or how Chris Young will fare at all), smart baserunning is going to be this team’s offensive calling card.

Noah and Montero will be here, all in due time

You should know the routine by now. Harvey in 2012, Wheeler in 2013, and now Montero and Syndergaard in 2014. Be saddened, but not surprised that they were both in the Mets’ latest round of spring cuts. They each showed quick glimpses of promise in Port St. Lucie, but know it will still be a little while longer before they take the mound in Flushing. Again, there is no urgency in bringing either to the big leagues, and in fact, Syndergaard should have to season himself with a few months in the PCL gauntlet.

Montero does appear big-league ready, but as a courtesy to Matsuzaka, Lannan and Mejia, the Mets have made him the odd man out. His call-up might come before that Super Two if any combination of the three aforementioned don’t stick and the cards fall his way, but we’ll have to make do without him for just a few more weeks. It’s just the Metsian thing to do.

The radio and TV booths have been quirky delights

SNY has tried some interesting pairings this spring, throwing Gary, Keith, Ron, Kevin Burkhardt and Bob Ojeda into a centrifuge and seeing what rises to the top. KB has carried the bulk of the play-by-play reins to wonderful results, all at once terrific for a mensch who Mets fans have seen grow as a broadcaster, and awful as we all realize this is the last year of his contract with SNY, with bigger, brighter things in his future.

WOR, simply as a fuzzy AM radio station still figuring out how it’s going to properly integrate the New York Mets with headliners like Rush Limbaugh and Sean Hannity, is a work in progress. But hanging on to Josh Luwin might be the move of the offseason for the front office. He’s worked with a few interesting personalities this spring (Steve Phillips, C.J. Nitkowski, John Franco), but come the regular season, the all-star pairing of he and Howie Rose will leave the Mets’ radio prospect in a fine place. Here’s to hoping you can find it cleanly on your dial. 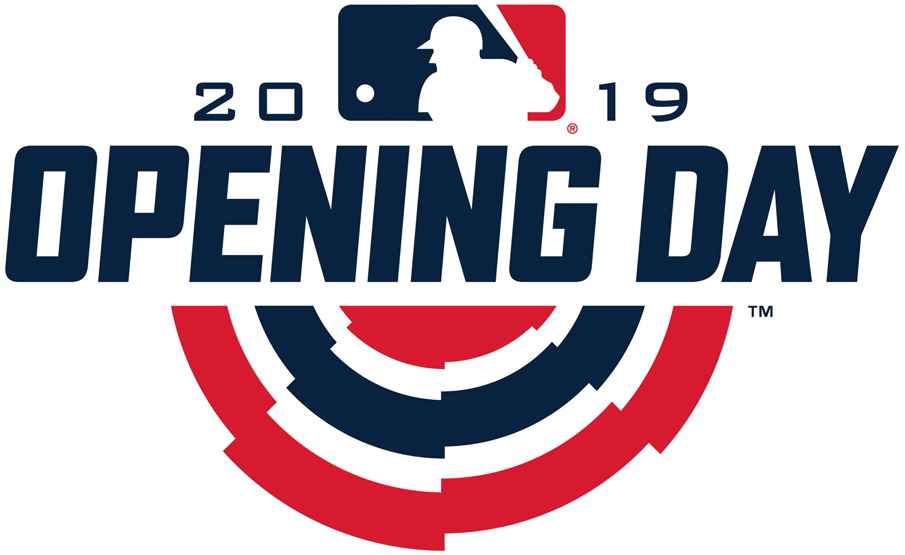 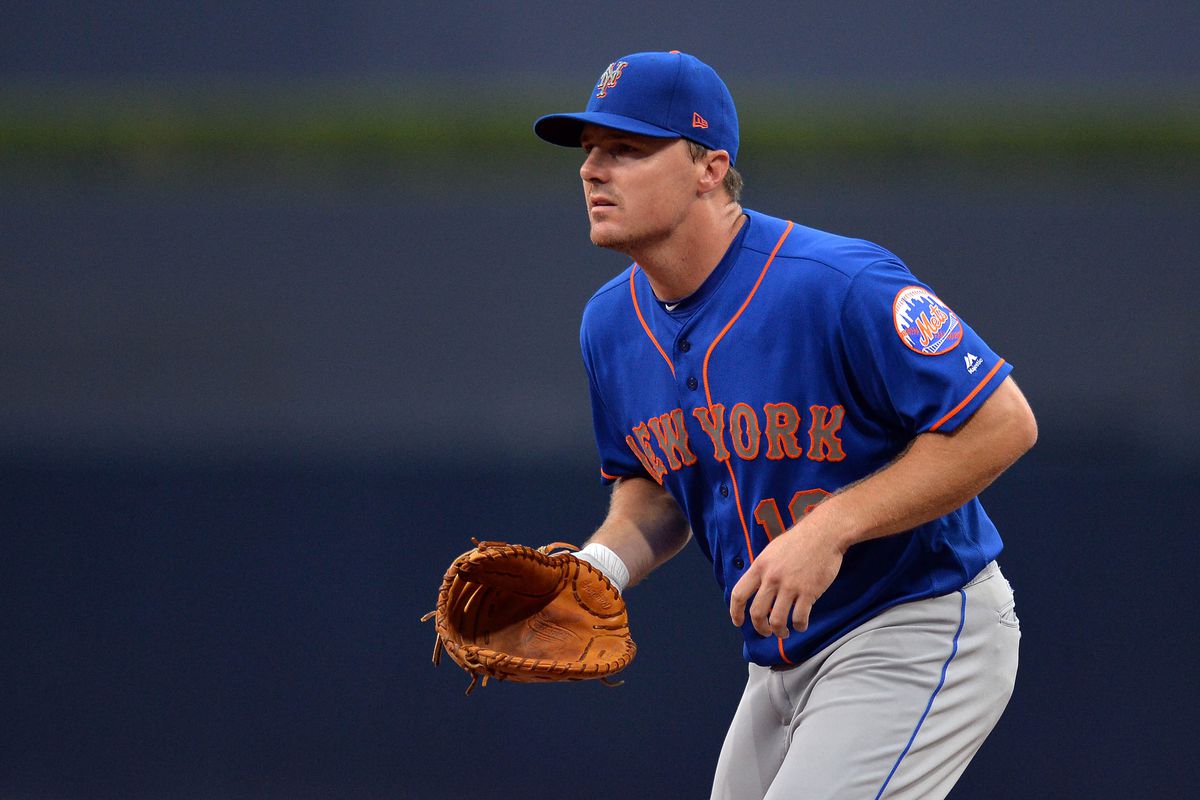