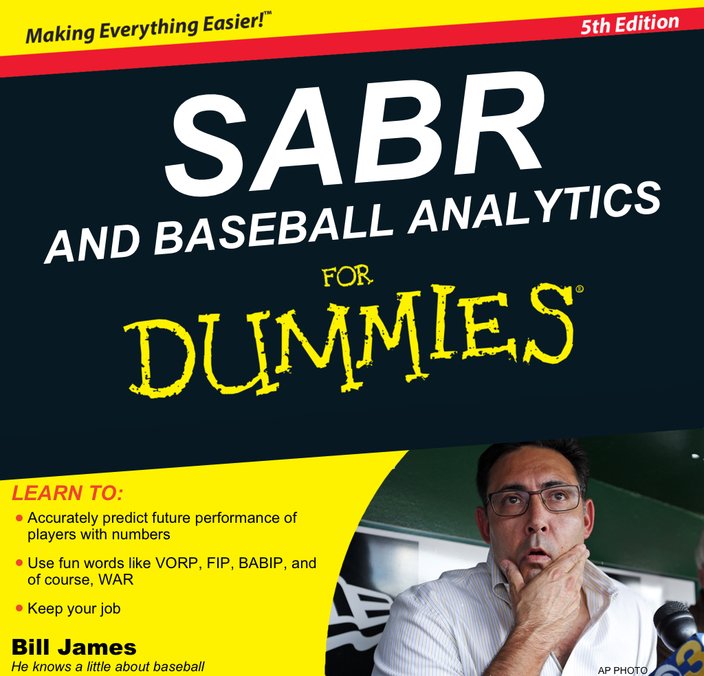 “Armies of academics going forward, measuring poetry. No, we will not have that here. No more of Mr. J. Evans Pritchard.” – Dead Poets Society

I started writing about baseball in 1996 and my passion for baseball stems from a nostalgic view of the game, as well as the current day-to-day debates of each game as it unfolds.

I also have a longtime aversion to math and math-related subjects, so my first reaction to the world of sabermetrics, analytic data like WAR, PECOTA and spray charts was not a warm one.

Once I started working the fantasy baseball industry, I started to utilize some of the more advanced stats in order to evaluate players, but having been brought up in the “see the ball, hit the ball, catch the call” era, it’s still an alien process in many ways.

Recently, I was watching “Dead Poets Society,” with my wife and kids, and it occurred to me that Welton Academy English teacher John Keating (Robin Williams) might as well have been talking about sabermetrics as he stated his abject rejection of ‘Understanding Poetry,’ by Dr. J. Evans Pritchard, Ph.D.

In his memorable speech, Keating objects to the use of metrics to quantify great poetry. As one of the students reads from the book, “If the poem’s score for perfection is plotted on the horizontal of a graph and its importance is plotted on the vertical, then calculating the total area of the poem yields the measure of its greatness,” Keating instructs his students to rip out the entire introduction to the book.

To me, the narrative and the drama are a big part of baseball. Numbers are important, sure, but some folks are taking things a little too far.

I recently spoke with Dan Szymborski, ESPN baseball analyst — and a sabermetrician of the highest order — about my disconnect.

“I think it comes down to the individual person,” said Szymborski, “Some people like sunsets and beer and tacos.  Some people like finding out why the sunset is specific colors, how to make a lager or tacos al pastor. Some people like both sets of things.  I believe it to be a mistake to consider aesthetic enjoyment and analysis to necessarily be mutually exclusive things.”

Wins Above Replacement or WAR has become a go-to stat for a new generation of baseball writers and fans, and I often get into debates on social media with folks who say the traditional Triple Crown stats like batting average (BA), home runs (HRs) and runs batted in (RBIs), aren’t a true measuring stick. So I asked Dan where he stood on this.

“On-Base Percentage (OBP) and Slugging Average (SLG) are the essential building block of WAR, and has been used in serious analysis going back to Branch Rickey for two reasons,”  said Szymborski. “One, it models offense very well without knowing any of the team-dependent stats that describe runs (RBI, R).  Essentially, if all you knew about a team was its OBP and SLG and how many ABs they had, you can predict how many runs a team scores in a season with a 4 percent margin of error.  If RBI was a real ability, then it may make more sense, but isolated power (SLG-BA) and times up at bat with runners on is a far better predictive of *future* RBI than actual RBI are.  BA and HR are already in OBP and SLG, of course, it’s just that there’s other stuff too.”

Maybe it’s because I hate math, but when Dan tries to explain this stuff to me, my eyes glaze over. But I’m trying!

“As for replacement level, it’s a common concept in many fields, such as insurance. A player value in baseball is essentially only relative to a team’s other options,” said Szymborski. “Average doesn’t make sense as a baseline unless you believe an average player has no value, which I think we have strong reasons to not believe. Zero doesn’t make sense either; a random guy off the street would have positive value. So it the ‘true’ baseline, if you can use that word for an abstract concept, necessarily falls somewhere in the middle. From the study of minor league free agents and the waiver wire, around where you see WAR has become the consensus.”

As I mentioned earlier in this article, when I began working in the fantasy baseball industry, I started using advanced metrics a little bit more to evaluate pitchers, especially starters. For some reasons, stats like Fielding Independent Pitching (FIP) seem more accessible. I asked Dan which pitching metrics he trusted most?

“It always depends on what you’re trying to measure,” he said.  “Over a season, peripheral-based stats make the most sense to evaluate a pitcher I feel. When you’re talking careers, I think the more actual runs allowed+known team D measures that baseball-reference uses work better than WAR that’s based on FIP (over a long-term, you can believe in a pitcher like Glavine that can exceed his peripherals. In a single season, not so much). I believe in using the simplest stat that gets the job done, generally speaking – something simple like ERA+ (ERA relative to league and park) works just fine 98 percent of the time.”

I also asked him what the best stats to use for evaluating relievers he uses.

“We’re still working on that,” he said.  “I’m not sure there’s a ‘best’ way because there’s still a philosophical debate on the best way to utilize relievers.”

After the discussion, I realized maybe we are both trying to get to the same thing; break down the game to its simplest elements.

So I then asked Dan what was the most important thing that us folks who aren’t saber-metrically inclined, what do we need to understand about analytics that he feels we don’t get?

“We understand the limitations of our data more than people who don’t work with the data though,” said Szymborski.  “Knowing what a tool doesn’t do is as important as knowing what a tool does; knowing a hammer can hit a nail isn’t that valuable if you don’t also understand that you don’t use a hammer to open a jar.   Though I guess you could if it’s really stuck and there’s like a wad of $20 bills inside that you really want, but even in that case, why are you storing dollars in jars?”

I may never get to the place where I can agree with Szymborski on a lot of this stuff, but I do appreciate the fact that he’s willing to try to explain his point of view, rather than simply dismiss mine.

As I told him privately, there’s plenty of arrogance on both sides of the aisle, and it’s always better to try to make sense of what we don’t understand.