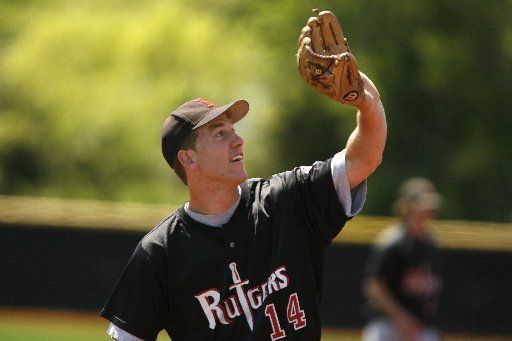 With Todd Frazier signing a deal with the team he rooting for as a kid, he now becomes the 25th Mets player to hail from the State of New Jersey.  It should come as no surprise the Mets players from that state have had vastly different experiences in a Mets uniform:

When the Mets acquired Leiter in 1998, they got everything they could have imagined and more.  For much of Leiter’s time with the Mets, he was deemed either the staff ace or a 1A.  After the 1998 collapse and another one impending in 1999, Leiter took the ball in the one game playoff against the Reds and pitched a brilliant two hit shut out to propel the Mets to the NLDS.

It was all part of Leiter being a big game pitcher for the Mets.  Whenever Leiter was on the mound, he gave it his all,a and he gave the Mets a chance to win even, as in Game 5 of the World Series, the fates conspired against him.  Overall, Leiter would find his name among the top 10 in a number of categories for Mets starters, which is impressive given the pitchers the Mets have had in their history.

While Leiter’s homecoming proved to be a boon for the Mets, Schoeneweis’ was decidedly not.  He would only pitch two years for the Mets.  Those two years happened to be the infamous 2007 and 2008 collapses.  Schoeneweis didn’t help much as he posted a 4.20 ERA as a Met.  His last act in a Mets uniform would be surrendering a game winning home run to Wes Helms on the final game of the 2008 season.  It not only ended the 2008 season, but it also forever closed the doors to Shea Stadium.

Like Leiter, you could argue EY got the most out of his talents as a member of the Mets organization.  The versatile player made an early impression on the Mets by winning the 2013 stolen base crown.  It was part of an interesting two years for EY as a Met with him moving around the diamond for a team that was in transition.  While he was orignailly not in the Mets plans in 2015, the team would bring him back late that season to primarily serve as a pinch runner.  In an interesting turn of events, EY would play in 18 games for the Mets in 2015, and despite not recording one hit, he would steal three bases and score seven runs.

Now, like his Garden State brethren before him, Frazier looks to make his own impact on the Mets.  Ideally, he would join his fellow Toms River alum by having his best years as a Mets leading the team to consecutive postseason berths and a pennant.

With Opening Day just around the corner, we know everyone will give Frazier a thumbs down.  Only time will tell if it is in good fun or just an expression of the distaste for his play.