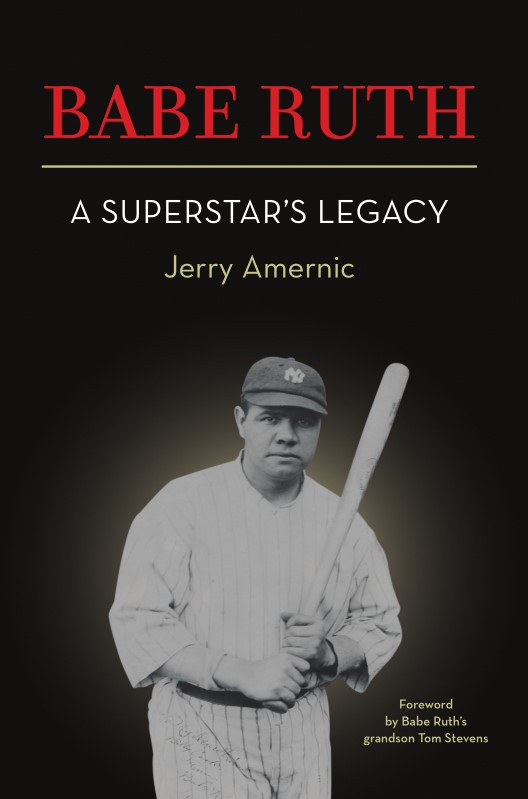 Babe Ruth’s grandson Tom Stevens calls it “the first real effort to explain his enduring popularity,” and Stevens should know. He wrote the Foreword. BABE RUTH – A Superstar’s Legacy by Jerry Amernic is a book that explores the legacy of Ruth on many fronts, both in and beyond baseball. It involves sports, culture, business, the arts, and in no small dose, humanity.

Amernic’s baseball novel Gift of the Bambino, published in 2004, got him into the Ruth orbit and he has never left. Over the years he’s been researching and writing about Ruth, and meeting people involved in the industry of Babe Ruth – he is an industry – and who preserve his legacy. What makes that legacy so remarkable is that it continues to grow even seven decades after the man’s death.

“Babe Ruth was once the most famous person in America, but here we are in 2018 and his star is still on the rise,” Amernic says. “He remains a unique character who stands the test of time, and this thing goes far beyond sport. He is a cultural and historical phenomenon. In the book I explain how and why it happened.”

BABE RUTH – A Superstar’s Legacy opens with a chapter on the Babe Ruth exhibit at the National Portrait Gallery at the Smithsonian Institution in Washington, D.C., which wound up in June 2017. It has a section based on the author’s interviews with Julia Ruth Stevens, the Babe’s daughter who is now 101 years old. It includes a look at Michael Gibbons, the man who spent 37 years running the Babe Ruth Birthplace & Museum in Baltimore, not to mention Ruth’s unparalleled impact on the National Baseball Hall of Fame at Cooperstown, and the billion-dollar industry of sports collecting and memorabilia where Ruth is easily the No. 1 player.

Witness the 2012 sale at auction of his old New York Yankees jersey which fetched an astounding price of $4.4 million – a Guinness World Record for an item of sports memorabilia. Amernic interviewed the agent who bought the jersey for his client and devotes a full chapter to that auction.

The book also gets into the licensing and commercial endorsement appeal of the Babe Ruth name, the Babe Ruth League baseball organization that has over one million players and two million volunteers, the impact Ruth has had on other countries around the world, and the pure cultural significance of the great Bambino. It explores the philanthropic and humanity side of Ruth, which in 2010 got him inducted into the Sports Humanitarian Hall of Fame in Boise, Idaho.

Along with the book, Amernic is doing a series of Babe Ruth Legacy Interviews to be rolled out over social media starting April 1st. The interviews are with such people as Ruth family members, the curator at the Smithsonian who organized the Ruth exhibit, executives from the sports collecting and memorabilia industry, the sculptor who made the 16-foot bronze statue of Ruth at Camden Yards in Baltimore, and a researcher who spent years studying Ruth only to conclude that he never became a manager because he would have advanced the cause of black baseball players during a time of racial segregation. 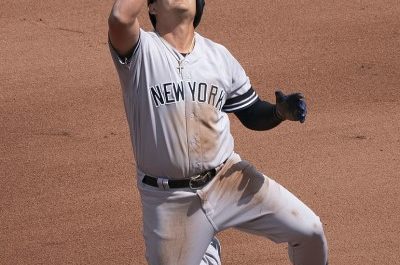