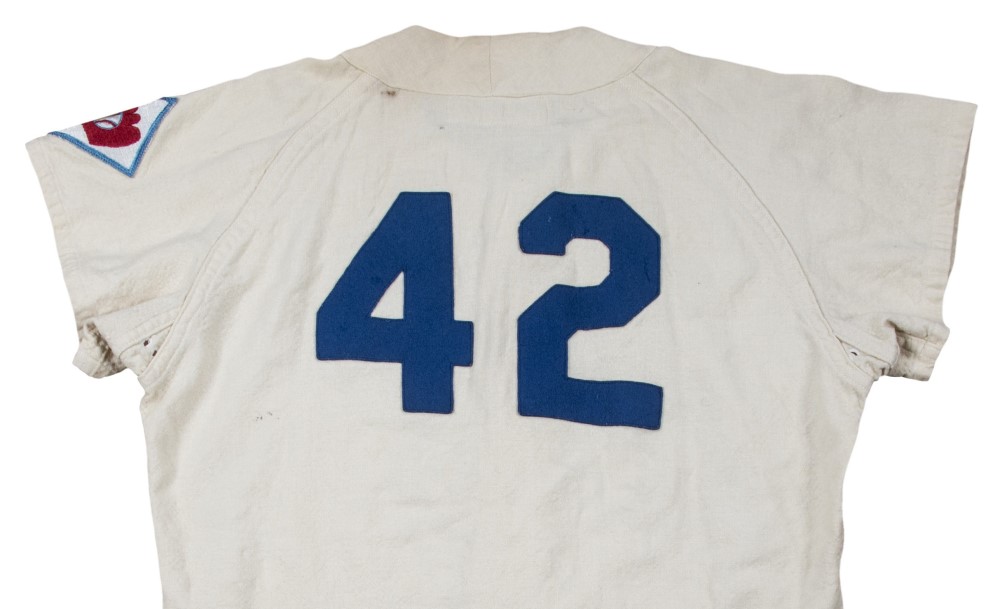 The last autograph ever signed by John F. Kennedy, Jackie Robinson’s 1951 Dodgers jersey, Lou Gehrig’s 1925 contract and historic home run baseballs from Barry Bonds, Mark McGwire and Alex Rodriguez headline the Goldin Auctions 2019 Spring Auction, from April 15, through May 11 at GoldinAuctions.com. Included in the 1,200-lot auction are a dozen lots celebrating the 100th anniversary of the birth of Jackie Robinson with a portion of the proceeds benefitting the Jackie Robinson Foundation.

The most spectacular of the Robinson lots, is Jackie’s Dodgers home jersey from the memorable 1951 season that ended famously on Bobby Thomson’s “Shot Heard Round the World.” Graded a MEARS 8, it is one of the most spectacular Robinson jerseys in existence.

The most historic non-sports item is the last autograph ever signed by President John F. Kennedy as he boarded Air Force One for Dallas on November 22, 1963. Video documenting the President signing the spiral bound notebook at Carswell Air Force Base appears in the National Geographic DVD “The Final Hours” which chronicles the Kennedy Assassination.

The complete catalog is available at GoldinAuctions.com.