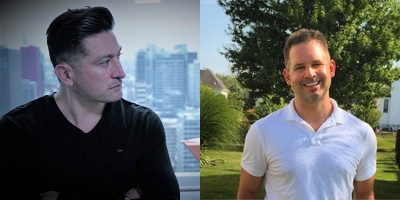 “We continue to see engagement growth and business interest in all of our La Vida Baseball content, and the time is right to add the right professionals to the business and production side to better formulate and execute our business and our content,” said Jay Sharman, co-founder of TeamWorks Media, the parent company of La Vida Baseball. “Trevor understands the power of digital content and how to monetize it, and Jesse is one of the most astute content creators in the space; we are proud to have them on our leadership team heading into what will be a landmark business year for us.”

Mikus is a 15-year industry veteran on the account and creative marketing side, having spent the last three years as Sales Director for Modern Luxury Media where he oversaw advertising revenue representing eight media properties, focusing on digital platforms and experiential marketing. Before that he was Vice President, Business Development at Wrapports, spearheading national advertising sales for Chicago.SunTimes.com. Trevor also previously created the custom publishing division of Time Out Chicago and led digital advertising sales.

Menendez joined La Vida Baseball last August to develop content and will now take on a much more senior role overseeing the expanded video platform that has seen such tremendous growth. Prior to joining La Vida he spent eight years as Radio Host and Executive Producer of The Morning Amp for WBEZ, Chicago’s leading National Public Radio station.

La Vida Baseball ¡Live!, the platform’s weekday live show covering Latino baseball culture has totaled more than two million views since launching in March, 2019. The show is produced and formatted for every major social media platform – Facebook, Twitter, Instagram Live, YouTube and LaVidaBaseball.com. “La Vida Baseball ¡Live!” is hosted by Jennifer Mercedes (@Chica_Deportes) with daily contributors including Ozzie Guillén Jr. (@OGuillenJr) and Julie Alexandria (@JulieAlexandria). Through its tight-knit relationships with players, “La Vida Baseball ¡Live!” gives fans access to people and places they can’t get anywhere else. “Being Guillén,” is hosted by Ozzie Guillén and two of his sons Ozzie Guillén Jr. and Oney Guillén and has quickly become one of the most watched shows around the culture of baseball anywhere.

Additional shows and new contributors are going to be announced in the coming weeks.