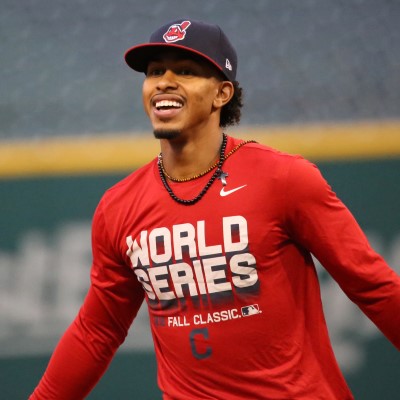 The 2020 baseball season will be unlike any other, a 60-game sprint that began last night replacing the normal 162-game grind. And just as that means different strategies and maybe a different outcome than a full slate would have produced, Strat-O-Matic’s (www.strat-o-matic.com) simulation of the truncated schedule meant a new winner, as Cleveland topped Los Angeles, four games to two, in the World Series.

Cleveland, which posted the second-best A.L. record at 39-21, swept No. 7 Boston (29-31) in the expanded first round and No. 3 Tampa Bay (38-22) in the ALDS, then survived a seven-game series with No. 1 Houston (44-16) in the NLCS before topping Los Angeles (44-16), the N.L. top seed, winning the last three games to erase a 2-1 series deficit. Domingo Santana was a surprise hero, batting .417 with two homers in the series, and Franmil Reyes slugged three round-trippers for the winners.

Major award winners were as follows:

This was in contrast to the full season simulation that Strat-O-Matic conducted day-by-day since March and completed this week, in which the Dodgers defeated Houston in the finals. The expanded 16-team playoff Fans can access the full 2020 “short” season at https://www.strat-o-matic.com/announcements/2020-60-game-season-simulation/ and full season simulation standings, statistics and game results at https://www.strat-o-matic.com/2020-season-simulation/.

“We figured there would be a difference between the 162- game and 60-game simulations, but Cleveland winning is certainly a surprise,” said Hal Richman, Strat-O-Matic founder. “The upcoming ‘sprint’ season and expanded playoffs mean that truly anything can happen, and Cleveland winning it all for the first time in more than 70 years certainly qualifies.”

Some other statistics and items of note from the season:

Strat-O-Matic has experienced unprecedented growth over the past quarter, registering sharp increases in sales, traffic and social numbers. Board and Windows games, digital platform Strat-O-Matic Baseball 365, Website traffic, new users and social media have all seen significant boosts over comparable time periods as fans continue to satiate their thirst for baseball, Strat-O-Matic style, connecting with the game and each other across all of these areas.