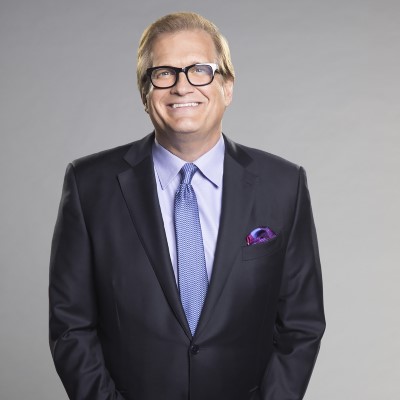 Actor, host, comedian and baseball super-fan Drew Carey will match wits with his friend and fellow Strat-O-Matic player, musician Slim Jim Phantom, when the two square off as managers of the American League and National League teams, respectively, when Strat-O-Matic (www.strat-o-matic.com) simulates the 2020 baseball All Star Game on Tuesday, July 14. Carey and Phantom will appear live on video streaming on Wizard World’s Twitch, Facebook and YouTube channels beginning at 9 p.m. ET / 6 p.m. PT, giving fans the opportunity to interact with each other as well as pose questions via chat to be considered for the broadcast.

Carey and Phantom will select the starting lineups from the All-Star Game rosters chosen by Strat-O-Matic fans based on its simulation of the 2020 baseball season to date. During the broadcast, the “Whose Line is it Anyway?” host and “Stray Cats” drummer will make lineup and pitching changes while discussing their baseball fandom and respective careers, with veteran sportscaster Seth Everett serving as moderator on the Wizard World Virtual Experiences (www.wizardworldvirtual.com) platform, which has hosted more than 50 celebrity, artist, author and pop culture panels in recent weeks.

The Strat-O-Matic All-Star broadcast will also feature surprise “drop-in” guests from the baseball and entertainment worlds, along with a running visual of the digital version of the game to allow fans to follow along with the action. Fans who miss the live broadcast can watch it on demand anytime on the same platforms.

“Slim Jim and I are in a Strat-O-Matic league together, so this will be a fun way to flex our managerial muscles and show that the American League is truly dominant in baseball,” joked Carey, whose Cleveland baseball fandom is well known. “Like all fans, we’ll miss not seeing the players on the field next Tuesday, but I look forward to talking baseball with Slim Jim and with fans who tune in to the broadcast.”

Carey is a stand-up comic turned actor and producer who had the distinction of having two hit shows simultaneously: the long-running comedy “The Drew Carey Show,” which ran from 1995-2004, and the improv/sketch show “Whose Line Is It Anyway?” on which he was host and a producer. The success of that show led to the creation of “Drew Carey’s Improv All-Stars,” an improv troupe that performed in showrooms across the country. In July 2007, Carey was named the host of “The Price is Right,” succeeding longtime host Bob Barker.

Phantom is the drummer for the band Stray Cats and host of “Rockabilly Raveup” in Little Steven’s Underground Garage and Fantasy Baseball’s “Slim Jim Phantasy,” both on SiriusXM.

“Avid Strat-O-Matic players are found in all walks of life, and Drew Carey and Slim Jim Phantom are emblematic of its popularity across the entertainment world,” said Adam Richman, Strat-O-Matic President. “We couldn’t be more excited that they have agreed to manage the teams and we think there will be plenty of laughs, great baseball and entertainment talk.”

Strat-O-Matic, the market leader in sports simulations, updates results and standings daily at www.strat-o-matic.com/2020-season-simulation/. It will continue daily until the baseball season resumes (currently set for July 23), at which point Strat-O-Matic will simulate the remainder of the original schedule and playoffs, and preview the recently-announced abbreviated 60-game slate.

Strat-O-Matic also announced the rosters for its 2020 All-Star Game simulation, available here: http://www.strat-o-matic.com/2020allstarrosters/, with fans able to select the final player to be added to both teams at www.twitter.com/stratomatic.

Strat-O-Matic has experienced unprecedented growth over the past quarter, registering sharp increases in sales, traffic and social numbers. Board and Windows games, digital platform Strat-O-Matic Baseball 365, Website traffic, new users and social media have all seen significant boosts over comparable time periods as fans continue to satiate their thirst for baseball, Strat-O-Matic style, connecting with the game and each other across all of these areas.

Former Yankees Playing Throughout the Caribbean

Last reply was 7 months ago