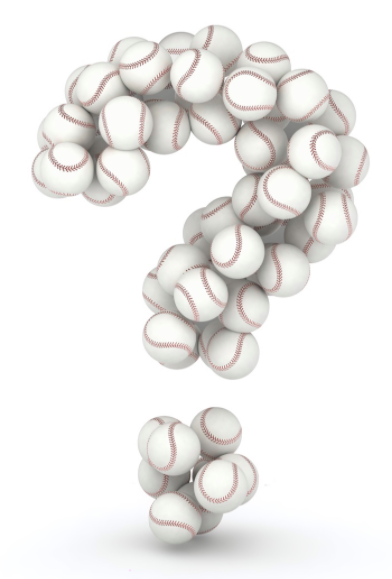 It’s the middle of July. This is usually the time in the baseball season when Mets fans are licking their wounds from the first 90 or so games, fighting that annual internal conflict between giving up hope and focusing on whatever source of optimism they can find from the prior months. Instead, we’re just days away from Opening Day.

Obviously, none of this is news to you. If you’re reading this then you must care about baseball enough to know that we’ve made it into summer without a single moment of meaningful ball being played. Similarly, if you’re reading this then you’ve probably read your share of articles about the COVID-19 pandemic’s effect on life, sports, and myriad other topics of varying importance.

While I’m about to attempt to write my preview of the 2020 Mets starting rotation, albeit in July, there’s a nagging part of me that’s having a hard time believing that a “full” (as in 60 games kind of full) season is ahead of us. Still, as of now that’s the plan, so unless I hear otherwise, we’re really doing this. So bear with me, as I am certainly not in midseason form just yet…

The term “Pitching potential” has been synonymous with Mets baseball since shortly after the team’s existence in the 1960’s, so let’s start there. When the Mets lost Zack Wheeler to the Phillies in free agency, the blow was cushioned by their already impressive rotation led by 2-time Cy Young Award-winner Jacob deGrom and the perennial  any day now he’s going to be great Noah Syndergaard. Well, just as spring training was getting set to shut down for a few months, we learned that Syndergaard would need Tommy John surgery. This news was about as surprising as Kanye West’s announcement that he’s running for President around the same time that he’s releasing a new album. You know, shocking at first followed quickly by a “oh well yeah, I guess that makes sense.” It always felt like there was a race to see if Thor would achieve his anticipated success before having the inevitable TJ procedure. The good news is that many pitchers, including deGrom, have recovered from this surgery with impressive results. The even better news is that instead of missing 30-40 starts, Syndergaard might only miss 12-20. Still, there are no guarantees when it comes to Tommy John surgery, far from it really, and Mets fans are yet again in that uncomfortable position of hoping that a key player can fully heal. So, the anticipated 1-2 punch at the top of the rotation is now just a really powerful uppercut.

Marcus Stroman will essentially take over the #2 role amongst Mets starters. Truthfully, Stroman was touted as having ace potential, showed second-man moments at various points in his career, and more recently has looked like a middle-of-the rotation guy, or a top-notch back-of-the-rotation guy. When he came to the Mets in the second half of 2019, he was good and no better than that.

Steven Matz is still here. We don’t know what that means yet. Sometimes Matz’s performances conjure up visions of past Mets southpaws like Jerry Koosman, Jon Matlack, Al Leiter, even Sid Fernandez. Other times, he’s more reminiscent of Jon Niese. He’s rarely terrible, just not as dependable as Mets fans want to believe he can be.

The rest of the rotation is comprised of the two newest Mets: Rick Porcello and Michael Wacha. Porcello started the exhibition game against the Yankees this past Saturday night and gave up 3 earned runs in 5 innings on 6 hits with 3 K’s. Exhibition or not, that was Rick Porcello being Rick Porcello. While he did win the Cy Young Award in 2016, it wasn’t an especially wow-worthy campaign. It was somewhat like when The English Patient won the Oscar in 1996. Porcello certainly deserved to win the award, and still his mediocre 2017 stats were not much of a surprise. Whereas Matz seems to show signs of being more than he’s been so far in his career, Porcello seems to have found his niche of being an innings-eater who won’t let the game get out of hand while not dominating.

Wacha, like all the non-deGrom pitchers mentioned so far, has had a roller coaster existence in the majors. He was a first-round draft pick in 2012, was the NLCS MVP in 2013, and was an NL All-Star in 2015. He’s also missed significant time with shoulder injuries and his last 2 full seasons (2017 and 2019) were not especially impressive. When the Mets signed him as a free agent this past offseason, it was thought by some to signify a potential trade of another starter, or as a way of inspiring Matz to work a little harder, or really just as an insurance. Now, with Syndergaard out for the year, Wacha will plan to take the mound consistently. Throughout Mets history, they’ve brought in reclamation projects like this. Most of them haven’t worked out especially well, but a few have had some real contributions. I’d be surprised at this point if anyone really knows what to expect out of Michael Wacha in 2020.

Due to the unusual roster setup for this season, it’s entirely possible that we’ll see a bevy of other starting pitchers appear for the Mets. Along those lines, with rosters being 30-players deep, we’re likely going to watch managers throughout baseball, try to make interesting use of expanded bullpen arms. With Opening Day just a few days away (!), the Mets starting pitching staff is no longer a young troop full of potential. Instead, they’re a veteran group, with their own share of question marks.

As so many have said, the 2020 baseball season will be an unprecedented sprint instead of the annual marathon we’re used to. Even baseball’s best prognosticators don’t really know what to expect. Somehow, the Mets are going to need to rely on their experienced staff, despite the new-ness of the situation.