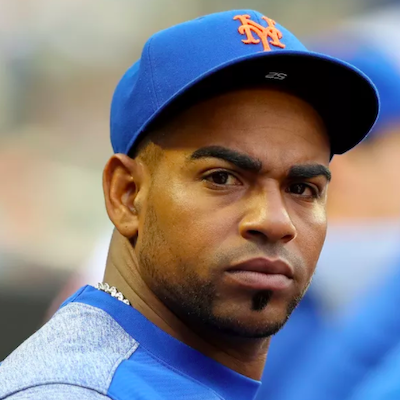 Imagine for a moment that you own a house. You’ve just hired some painters to spruce up one of the bedrooms. In the meantime, the bricks on the front of the house are crumbling, the shingles on the roof are flying off, and there’s a dangerous sinkhole in the backyard. Would you be overly concerned if the painters missed a couple spots?

It’s in that spirit that I will not use much of this week’s Monday Mets to explore the rather disappointing week for the team on the field. Every game this 60-game season equates to 2.7 games in a full 162 game season, so the Mets current 5 game losing streak should really feel like a 13.5 game losing strike. And still, that’s not the main concern.

As you’ve probably heard by now, Yoenis Cespedes has opted out of playing for the rest of this season, the last one of his Mets contract. It was already unlikely that the team would sign him again after this season, and it’s even less likely now. There was seemingly no warning of his departure and there was no contact today until he was well on his way into oblivion (or Bolivian, as Mike Tyson would say). This abrupt ending to a paradoxical Mets tenure was simultaneously disappointing and appropriate.

According to Cespedes, he was opting out due to the potential threat of COVID-19, in light of recent events with the Miami Marlins and St. Louis Cardinals. Apparently he has a family member who is at high risk for the disease. At the same time, Cespedes was originally supposed to make close to $30 million this season. This salary was then cut to $6 million due to the nature of his recent injuries, and then because of the reduced schedule, he was actually slated to make just over $2 million. There were some incentives, mostly driven by at-bats, and there are those who wonder if (or straight up think that) Cespedes was about to be benched enough to jeopardize those goals, which is actually why he chose to leave.

Before I continue, please take a moment to accept the fact that a potential $2.2 million salary is not enough motivation for a player to keep playing, even though it would like be motivation for most of the rest of us to do just about anything. To be clear, I’m not criticizing Cespedes for this. In successful baseball player terms, it sort of makes sense. I’m guessing that he’s not strapped for cash at the moment, so if he lacks the motivation to watch Mets games from the bench for a couple million dollars, that’s entirely his prerogative. It would be cool of him to buy a cardboard cutout version of himself to watch the game from the stands, or maybe it wouldn’t.

When the Mets acquired Cespedes in 2015 he came with a great deal of baggage, and just as much potential greatness. Within what seemed like minutes, the greatness came through and before we knew it, Cespedes had played a key role in the Mets first place finish and was along for the ride to the World Series. From that point on, he supplied some great moments, some frustrations, a couple significant injuries, a variety of headlines, and whole bunch of “what ifs.”

The manner in which Cespedes left is only surprising because it’s not something baseball players do. At least the rest of the Mets players made it to the Truist Park on Sunday before opting out of showing up. Still, if you had to guess one player on the Mets who would vanish like Keyser Söze, it would be Yoenis Cespedes.

In reality, the Mets just lost an oft-injured DH (it still pains me to associate that position with the Mets) who was batting .161 with 15 Ks in 31 ABs. On the surface, that sounds like addition by subtraction. At the same time, Cespedes had a flair for the interesting, and it’s hard for me to believe that he was all done providing some Mets magic.

In a season whose fulfillment seems to be tenuous at best, the Mets most delicate player just let go of the thread by which he had been hanging. The Mets have a deep enough team to perform at least as well as they have up to this point with or without Cespedes. They’ll resume the season on Monday night and take things 2.7 days at a time, for as long as the season allows.