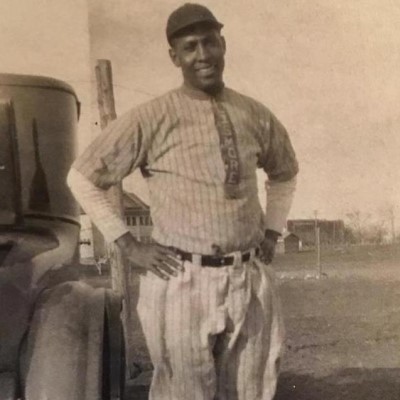 Who was John Donaldson? Many Baseball fans have no idea who this Negro Leaguer and baseball scout was and how his on the field play for over 30 years broke records that no one speaks about today. Minnesota native and long time baseball fan Peter Gorton has made it his mission to bring this great baseball player and his career to light.

“Is he the best player of all-time?” Gorton told Gotham Baseball by telephone earlier this month. “I don’t know, what I can tell you is the facts, and the facts say he has the most wins and strikeouts of any other segregated player.”

Donaldson’s 32-year playing career spanned from 1908 to 1940 where he played in a total of 724 cities in North America. His career included 413 wins and 5091 strikeouts, as discovered to date, while also completing 14 no hitters and two known perfect games. These are better numbers than any other Negro Leaguer, including several Hall of Famers.

Donaldson helped create and then played for the famed Kansas City Monarchs. According to their owner, J.L. Wilkinson, he was a top pitcher of his time.

“He was the best southpaw I ever saw,” Wilkinson has said. “There never was a pitcher, black or white, who could put more on a ball than Donaldson.”

There are currently 35 players from the Negro Leagues in the Hall of Fame. Some notables are Satchel Paige, Cool Papa Bell and Oscar Charleston all of whom were inducted in the 70s.

The names above and many other stars from the Negro Leagues are fairly well-known among baseball fans while it is still a mystery that Donaldson has yet to join them in the public’s eye.

Gorton and his team have worked tirelessly searching for the facts and stories about Donaldson. This can be especially difficult with no family tree to follow since Donaldson had no children of his own. Still, he was married to Eleanor Dixon Watson and remained with her for the rest of their lives.

An Uber driver by day, Gorton has made it his mission for the past 20 years to bring Donaldson to the public’s eye because clearly someone was trying to stop that from happening.

“Whether or not he gets into the Hall of Fame is not up to me,” said Gorton “I just want to provide the information for everyone else and so they can decide for themselves.”

A little over 10 years ago Gorton took what he knew about Donaldson to Cooperstown in an effort to get him inducted. He received a no from them, and since then he has been searching far and wide for more strikeouts and wins to uncover.

Now with more facts and knowledge uncovered about the star player, Gorton will let the Hall of Fame voters have another shot at inducting arguably the greatest segregated player of all-time this upcoming ballot.

Gorton was happy to announce that with this movement he was able to have Donaldson inducted into the Missouri Sports Hall of Fame in Donaldson’s home state. And on September 4, Donaldson will be honored in his hometown of Glasgow, where an enormous statue of the player will be unveiled along with an entire baseball field dedication.

Off the field Donaldson didn’t drink, he didn’t curse, he did all the right things. In 1917 MLB wanted him to go to Cuba for a couple years and come back as a hard-throwing Latino. Not only did MLB want Donaldson to change who he was they also would forbid him from speaking with any people of color moving forward. This would include not being able to see family and friends any longer. It also came with a $10,000 paycheck. So Donaldson turned them down and said he would choose his mother over anything else in life.

“I was born black and I was born American,” Donaldson said in response.

Donaldson was not only one of the best players, but also the first Black scout in the Major Leagues. That fact alone could already have gotten him into Cooperstown and into the public’s eye, but it hasn’t. Working with the White Sox from 1949-1955 he scouted players like Willie Mays and Ernie Banks, both of whom would never wear the White Sox jersey because the team didn’t think Donaldson’s prospects were the right fit.

With around 8,000 articles uncovered that speak about Donaldson more and more information is being found out. However, this means these articles have always been out there. Journalists have clearly written about this ballplayer of color and those are courageous acts that have allowed people to learn more about what some people have been trying to cover up.

This will no longer stand as Gorton has made all of this information easily available on the site JohnDonaldson.bravehost.com along with @TheDonaldsonNet on Twitter which posts all the new findings and updates on Donaldson himself.

With the recent news and Black Lives Matter movements, this is just another story that helps change the narratives from the past.

“How can I contribute to the change in our world?” Gorton said. “We can all start by finding the facts and allowing others to form opinions based of what is and not what might be. 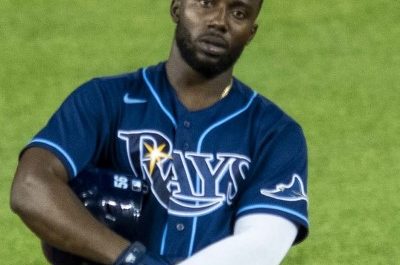