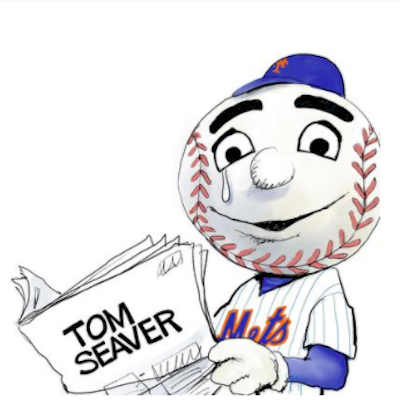 Following Tom Seaver’s passing last week, publications all over the country were declaring him the greatest Mets player of all time. My sister asked me if this was accurate. The short answer is yes. Explaining why, beyond the statistics, is a somewhat longer response.

I wasn’t really around for most of Tom Seaver’s Mets career. Sure, he was on the Mets when I was born, but even by the time the “Midnight Massacre” happened, peek-a-boo was still my sport of choice. By the time I actually began to understand, Seaver was at the end of his Reds tenure and just about to re-join the Mets for a relatively short-lived return. Still, I knew who he was. We all knew who he was.

Tom Seaver is not the only athlete to be known as his team’s “The Franchise”. Still, Seaver was in a class all his own. He was not the answer to most Mets-related trivia questions, he was part of the question, “Aside from Tom Seaver, what Mets player…?” Seaver is to the Mets what the Beatles are to rock n’ roll. When people discuss the greatest Mets players, he’s such an obvious answer that nobody needs mention him. For years, I thought the Mets colors were blue, orange, and Seaver.

So here’s how this happened…While Seaver was a sophomore at USC in 1965, the Los Angeles Dodgers drafted him, expecting him to join eventual Hall of Famers Sandy Koufax, Don Drysdale and Don Sutton in their starting rotation. However, the Dodgers balked (so to speak) at Seaver’s asking price and he returned to USC the following season.  Seaver was then drafted by the Atlanta Braves and signed with them, however, the Baseball Commissioner William Eckert voided the contract because USC had played two exhibition games that year. Seaver was a member of the Trojans team but did not play in either of those games. At the same time, because he had signed with a professional team, he was ruled ineligible by the NCAA, so he couldn’t return to his college team. Seaver’s father, Charles Seaver, complained to Eckert, then threatened a lawsuit, so Eckert allowed other MLB teams to match the Braves deal. The Philadelphia Phillies, Cleveland Indians, and New York Mets were all willing to match the offer. A lottery was held, and the Mets were the winners. Up until then “the Mets were the winners” was a sentence almost never uttered. Thanks to Seaver, this was just the beginning.

Seaver played one season in the minor leagues (1966) before joining the Mets out of spring training in 1967. In his third game he pitched a 10-inning complete game. He made the NL All-Star team that season and even earned the save in the 15-inning marathon All-Star game. He won the NL Rookie of the Year award that season, and two years later won his first of three NL Cy Young Awards. More importantly, he led the Mets to their miraculous World Series championship. In three seasons, he took the Mets from perennial laughingstock, to respectable, to champions. And then he kept going. And while he never won another World Series, he never stopped pitching well.

Seaver’s first go-round with the Mets ended pretty abruptly in 1977. After negotiations for a deal went poorly, and after some negative stories were spread by New York Daily News writer Dick Young, Seaver demanded a trade and was soon sent to the Cincinnati Reds. He pitched well for the Reds, including throwing his only no-hitter, a feat that seemed inevitable when he entered the majors. In 1983, Seaver was traded back to the Mets and pitched pretty well for the season, including an Opening Day victory against another NL East Hall of Fame starter, Steve Carlton.

The Mets picked up Seaver’s option before the 1984 season and were expecting to have him at the top of the rotation once again. However, they left him available to be taken in a free agent compensation draft, incorrectly thinking that his age and salary would be a hinderance. Well, the White Sox didn’t think so, and they grabbed him. Seaver went 33-28 with a 3.67 in his 2-and-a-half seasons in Chicago. His highlight there was on August 4, 1985, when he recorded his 300th career victory in a 4-1 win against the Yankees. At that time, Seaver was only the 17th player with at least 300 career wins. In the 35 years since, only 7 more pitchers have joined that elite club. In the middle of the 1986 season, Seaver was traded to the Boston Red Sox, where he went 5-7 with a 3.80 ERA. He did not pitch in the 1986 postseason due to a knee injury, although he was in the Red Sox dugout for the World Series against the Mets.

In 1987, the Mets badly needed pitching. Slightly more than 50 games into the season, Dwight Gooden, Bob Ojeda, Rick Aguilera, David Cone, and Roger McDowell were all unavailable, so they tried bringing Seaver back one more time. Seaver’s first appearance came in a June exhibition game against the Triple-A Tidewater Tides, and it did not go well. From then, Seaver pitched in a couple simulated games against Mets reserve players, and the results were not any better. On June 23rd, Seaver famously announced that he had used up all the pitches in his arm, and he retired.

Tom Seaver was known as much for his head as he was for his arm. Earlier in his career, his pitching motion gained him notoriety, as he would bend so low during his follow through that he would accumulate dirt on his shin. As he got older, and his arm was less lively, and his bend was less bendy, he relied on his ability to outthink the hitters. And still, he was successful.

In 1992, Seaver was elected to the Hall of Fame with what at that time was the closest to unanimous voting percentage in baseball history (98.84%).

On and off the field, Tom Seaver is held in the highest regard. For a franchise that over recent years has had a slew of embarrassments, it’s somewhat ironic that the man dubbed “The Franchise” could be thought of so highly. With his passing, Seaver’s name has been brought back to the top of people’s minds. Mets fans can only hope that his character will be an inspiration for this franchise going forward. 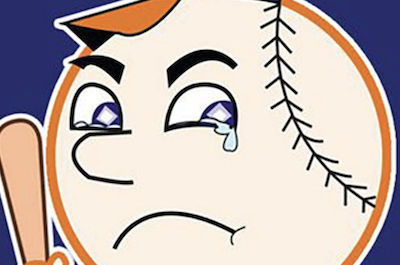 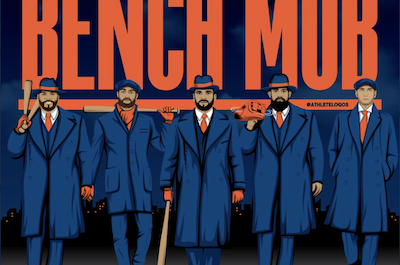