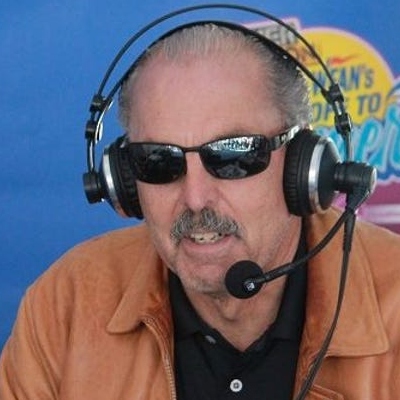 I haven’t spoken to WFAN’s Joe Benigno in a long time, but I have listened to his show for pretty much every one of the 25 years he’s been on WFAN. We didn’t have a falling out or anything like that, it’s just how life happens.

I never stopped listening though, and have always held him in the highest regard. Today is his last day on the air , and I’m no celebrity, so I won’t get the chance to spend time with him saying goodbye on the show. But I wanted to write this, because I need  Joe to know he was my favorite listen on sports radio.

I also wanted to say thank you.

I was an full-time intern at WFAN in 1995, right around the time when Joe started hosting the overnight. I had just graduated from the Connecticut School of Broadcasting, and when I told CSB I had applied for and had gotten an internship at The FAN, they said, “Oh, did you know Joe Benigno, he graduated from here!”  I admitted I didn’t, but soon became a regular listener.

I had spent most of my early 20’s trying to be an actor, even moving to Hollywood in 1992 to pursue that dream, but by 1995, I was married and looking for a new career. I had studied broadcasting at Queens College, and had a pretty good grasp of sports knowledge, so I decided sports radio would be the goal.

At the FAN, I worked in promotions, during the last two hours of the Imus in the Morning Show, the Schmoozer (Steve Sommers) and the Sweater (Russ Salzberg) Show and for the Mike and The Mad Dog Show. It was a long day, but I learned a lot, and people like Mike Breen really helped my career.

Fast forward to 1997, I was working in radio, manning the overnight shift at WRKL in Rockland County.  I had called into a few shows on WFAN the years, but was never a regular.  However, now working the same time as Joe (and wouldn’t be waking up my wife in the process), I started calling in as “Mark from Rockland.”  Kyle Casey, Joe’s producer at the time. worked at WRKL as well, and he and Joe liked the idea that I was working overnight on the radio, and I’d usually get on the show on a nightly basis.

I would call about the Mets and the Knicks, and Joe always got a kick out of the fact that I was an Atlanta Falcons fan.

At one point that summer I was asked to appear in a documentary about Joe and his callers on the overnight. Not long after, I got a job working at the Associated Press and was no longer working on the overnight, so the nightly calls became a weekly then a monthly thing.  When the documentary came out I wasn’t on it, but that was ok. I was still listening and would talk to Joe personally from time to time.

He invited me to the NFL Draft, and I wore my Falcons jersey (the only one there) and a few people were like “Are you Mark from Rockland?” When ESPN Zone hosted the Mets Opening Day game in Japan, I sat next to Joe and we watched the game together.

Joe was always a generous guy and I always appreciated his candor. When I called his show and said I was fed up with the Knicks, he made fun of me for being a “new” Nets fan, and would regularly mock me. “Healey! You’re a fraud,” and so on.

In 2001, Joe gave me my first real on-air break. I had started covering the Brooklyn Cyclones during the 2001 season (the team’s first in existence) and Joe suggested I come on and do a “Brooklyn Cyclones Report” on the air. It was awesome.  I continued to listen, of course, and through the years kept in touch.

In 2006, I was laid off by AP (my whole department was, for the most part), and little by little, I lost touch with just about everyone, and settled into a deep depression. Joe was one of the people that I lost touch with. No fault of his, mind you. But I continued to listen and remain a huge fan until this day, his last.

Joe, thank you for always being the guy whose reaction I always wanted to hear first. Thank you for giving me a chance. Most of all, thank you for proving to everyone that anything is possible when you work hard enough fulfill your dreams.

Mark C. Healey is the author of Gotham Baseball: New York’s All-Time Team. You can order it at Rockaway’s Avoid The Day Bookstore & Cafe or you can email him at heals9@gmail.com for a signed copy 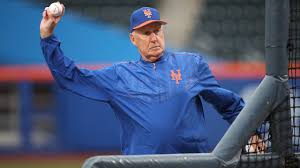