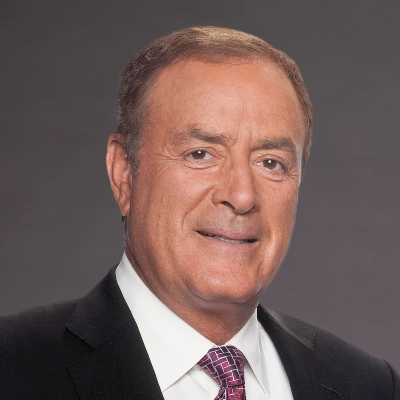 Iconic National Voice to be Honored at July 23-26 Induction Weekend in Cooperstown;

Al Michaels, whose passionate and authoritative voice was the nationwide soundtrack of the game for more than a decade, has been selected as the 2021 recipient of the Ford C. Frick Award, presented annually for excellence in broadcasting by the National Baseball Hall of Fame and Museum.

Michaels will be recognized during the Hall of Fame Awards Presentation on Saturday, July 24, as part of Hall of Fame Weekend 2021. Michaels becomes the 45th winner of the Frick Award, as he earned the highest point total in a vote conducted by the Hall of Fame’s 15-member Frick Award Committee.

“For a generation of fans in the late 1970s and early 1980s, Al Michaels delivered the narrative for some of baseball’s most memorable games during a time when cross-country broadcasts were communal experiences for millions of fans,” said Tim Mead, President of the National Baseball Hall of Fame and Museum. “Combining a love of the game with a unique ability to quickly distill moments in time into powerful word-pictures, Al also was masterful at pacing the broadcast to allow his partners the chance to shine. In the heyday of national network broadcasting, Al Michaels was the voice of the baseball.”

Born Nov. 12, 1944, in Brooklyn, Michaels attended Dodgers games at Ebbets Field while growing up and followed the team on radio via legendary voices like Red Barber and Vin Scully.

After attending Arizona State University, Michaels was hired to do public relations for the NBA’s Los Angeles Lakers, then moved to Hawaii, where in 1968 he became the broadcaster of the Pacific Coast League’s Hawaii Islanders and also called football and basketball games for the University of Hawaii. Michaels became the lead announcer for the Cincinnati Reds in 1971 and then the San Francisco Giants in 1974.

As ABC’s lead baseball voice, Michaels called the thrilling Game 5 of the 1986 ALCS between the Boston Red Sox and California Angels, where the Red Sox rallied from a three-run deficit in the ninth with the Angels one out away from clinching the series. He also was prepared to cover Game 3 of the 1989 World Series between San Francisco and Oakland when the Loma Prieta earthquake occurred, causing widespread damage and delaying the Fall Classic for several days.

Michaels returned to NBC Sports in 2006 and continues to work there today as the voice of the network’s Sunday Night Football package. His many honors include eight Emmy Awards, three National Sportscaster of the Year awards from the National Sportscasters and Sportswriters Association (NSSA), and a star on the Hollywood Walk of Fame.

The list of eight Frick Award finalists was constructed by a subcommittee of the electorate that included Costas, Matthews, Nadel, Smith and Van Horne. The Ford C. Frick Award is voted upon annually and is named in memory of the sportswriter, radio broadcaster, National League president and baseball commissioner. Frick was elected to the Hall of Fame in 1970. The complete list of Frick Award recipients includes:

As established by the Board of Directors, criteria for selection is as follows: “Commitment to excellence, quality of broadcasting abilities, reverence within the game, popularity with fans, and recognition by peers.” To be considered, an active or retired broadcaster must have a minimum of 10 years of continuous major league broadcast service with a ball club, network, or a combination of the two. 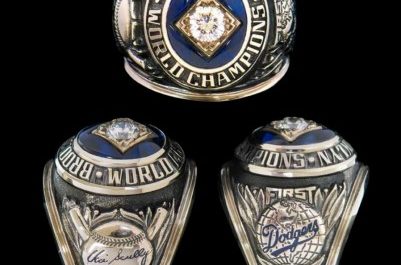