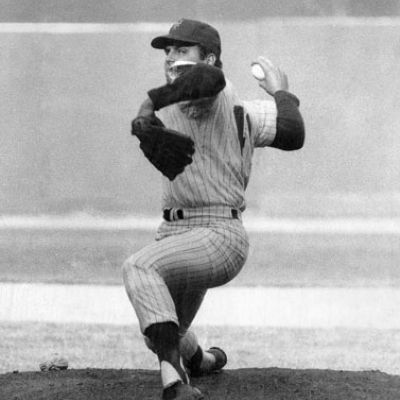 When the Mets opened their Hall of Fame in Citi Field, I sometimes joked that the Yankees have a Hall of Fame, too… in Cooperstown.

With so much of baseball history tied to the New York franchises, from the early days in the National Association, forerunner to the National League, at least a dozen franchises have called New York home. From all of those teams, primarily the Yankees, Mets, Giants and Dodgers, have emerged dozens of enshrinees in the Hall.

In his new coffee table book The National Baseball Hall of Fame Collection: Celebrating the Game’s Greatest Players (Epic Ink, 192 pps), James Buckley introduces fans to more than 175 players, managers, owners and other contributors who have earned that honor.

And while most get a roughly equal sized bio, some are provided a larger essay as “Best of the Best” in each chapter, separated by position. Several New York players are in that club, including Babe Ruth, Lou Gehrig, Christy Mathewson, Sandy Koufax, Mariano Rivera, Tom Seaver and Willie Mays.

New York fans will also delight in the extra sidebars on Yankees pitchers, Yogi-isms and others that touch on Gotham personalities. There are tons of amazing photographs of players and rare memorabilia to behold as well. It could be the next best thing to a trip to Citi Field… or Cooperstown.

Tyler Webb: On the Cusp of the Majors