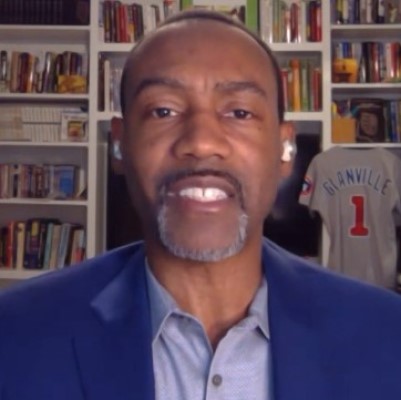 Doug Glanville never played for the Mets or the Yankees, but the Teaneck, New Jersey native and University of Pennsylvania graduate always ties his leadership, and his perspective, back to his Garden State roots.

The latest project for Glanville on reaching the big picture beyond the game is a monthly show on Chicago’s Marquee Sports network called “Class In Session,” where Glanville will lead discussions on thought provoking issues of the day. This month’s show, which debuts Friday, also has some great New York ties, with former Yankees and Mets standout Curtis Granderson (along with Fox’s Ken Rosenthal and the Cubs’ Jason Heyward) joining Glanville to talk about race issues in baseball, and the issues and opportunities that have arisen since the 2021 MLB All-Star Game was moved away from Atlanta (due to the change in Georgia voting laws) and to Denver.

See the trailer and clips here.

Glanville serves as the show’s host, creator and one of its executive producers, and was just nominated for a 2021 Sports Emmy Award for his “Enough” video essay and draws on his experience as a veteran MLB player, baseball analyst, writer, and college professor of sport and society as he interacts with this distinguished panel of guests.

“Having the opportunity to learn and engage with true insiders and their knowledge of the impact and motivation around MLB moving the All-Star Game is unique,” said Glanville in a release. “Between Curtis, Jason and Ken, we get an education on all the factors at play and why it was so significant for MLB to take a stance. The conversations are deep and examine historical context through current player insight.” 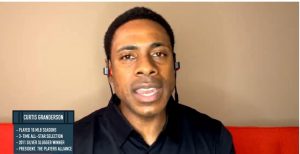 The discussion includes some great points about the Players Alliance, which was formed last year with Granderson at the head. The organization will be going to Atlanta this summer for activities even with the game being moved.

“Our plan as the Players Alliance was to go to Atlanta regardless. It’s a heavy Black populated area in the game of baseball, a lot of our players are from the state of Georgia … so we had plans and we’re still going to see through those plans,” said Granderson in the show.

While not yet available nationwide, “Class is in Session” is a great example of what Glanville’s reach and scope of thought can continue to be…taking on national compelling issues that go well beyond the field and using his sphere of influence to stir debate, and hopefully, solutions. The topics can be wide ranging as the guests will be, and the show can have legs well beyond the Cubs network and Chicago.

Great effort from a local guy, and some great insight from at least one New York favorite on a debate that is ongoing and provocative. We can’t wait to see more.