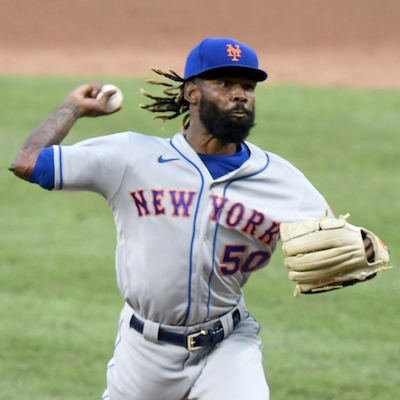 Since his 2015 Major League debut, Miguel Castro has been considered a pitcher with a great deal of talent that has never been able to consistently put it all together, leading to a mostly mediocre career. Are the Mets crazy for regularly relying on him late in games?

When the Mets obtained relief pitcher Miguel Castro from the Orioles for a minor league starting pitcher named Kevin Smith at least year’s trade deadline, it was described as a win-now move. Smith is probably another year or two away from pitching in the majors, while Castro already had 5+ seasons under his belt. The fact that those seasons were marked by uninspiring ERAs and wildness was not enough to deter the Mets from taking a chance. Truthfully, the Mets were more than a Castro away from the postseason, and their sub-.500 record was not his fault. Still, his 10 Mets games in 2020 were similar to the 220 previous games he pitched in stints with the Blue Jays, Rockies, and Orioles. While Castro struck out 14 batters in just 9 innings, he also yielded 11 hits, 8(!) walks, and 4 earned runs.

Castro entered this season with a career WHIP (Walks+Hits per Innings Pitched) of almost 1.5, and a 4.6 walks per 9 innings. In other words, for a reliever with shut-down stuff, he doesn’t have much of a history of shutting teams down. So it’s not hard to understand why many considered him an after-thought when judging the team’s bullpen during spring training. With so much focus on Edwin Diaz, Jeurys Familia, Dellin Betances, Robert Gsellman, and Seth Lugo, as well as newly-acquired Trevor May and Aaron Loup, there just wasn’t much expectation that the Mets would be regularly relying on Miguel Castro. Still, there he was on the Mets opening night, in the 7th inning of a tight ballgame against the Phillies. And there he was again in the 7th inning of game 2, just after the Mets opened up a lead against the Phillies. And then again, in the 7th inning of the Mets 4th game of the season, their home opener, this time with the Mets 1-run down to the Marlins. Castro’s next appearance was in the Mets 6th game of the season, pitching in the 5th and 6th innings of the first game of a doubleheader. It is worth noting that even though the Mets had only played one game between Castro appearances, 4 days had passed between the two appearances. The disruption in the Mets schedule in the first few weeks of the season, due to weather and to the Washington Nationals bout with COVID, has been a key storyline, and in this case, meant that while Castro was appearing regularly, there were other relievers who hadn’t been getting much, or virtually any (in Gsellman’s case) innings in. So, after his 4th appearance this season, more than a week went by until Castro pitched again, this time in the Mets brutal 14-6 loss to the Cubs this past Wednesday night.

As of this morning, Castro has already pitched twice more since that Wednesday night game. He’s currently second among Mets relievers in games and innings pitched (Diaz is first in both categories) and is first in strikeouts (12 in 7 innings). Of course, Castro isn’t competing against the other Mets relievers. On paper he’s been competing against other teams in the National League. In reality, he’s competing against his own history, and in that respect, so far so good. Miguel Castro is only two innings away from matching his Mets appearances from last season. He has a 2.57 ERA to go along with those 12 strikeouts. Just as importantly, he has only walked 2 batters. And while the 8 hits he’s given up in those 7 innings don’t suggest a string of lights out performances, he has been one of the top performers in a bullpen that has been better than expected in the team’s first 17 games.

For those who want to look beyond the stats, it’s worth noting that Castro has 3 reliable pitches: an upper 90’s sinking fastball, a mid-80’s slider with late-breaking action, and a deceptive low-90’s change-up. Most short relievers these days are 2-pitch pitchers, so the fact that Castro has this added dimension to his repertoire makes him intriguing. For a few years now he’s been someone to watch who just hasn’t lived up to hopes. So far this season, the Mets have been pinning their hopes on him pretty regularly, and the results have been there.

Miguel Castro may not have been considered a vital cog in the Mets bullpen machine coming into the season, however manager Luis Rojas has literally been trusting him in important moments since day one. For the time being, especially as the Mets wait on Lugo’s return from injury, it appears that Castro’s early-season reliability has earned him this important role moving forward. 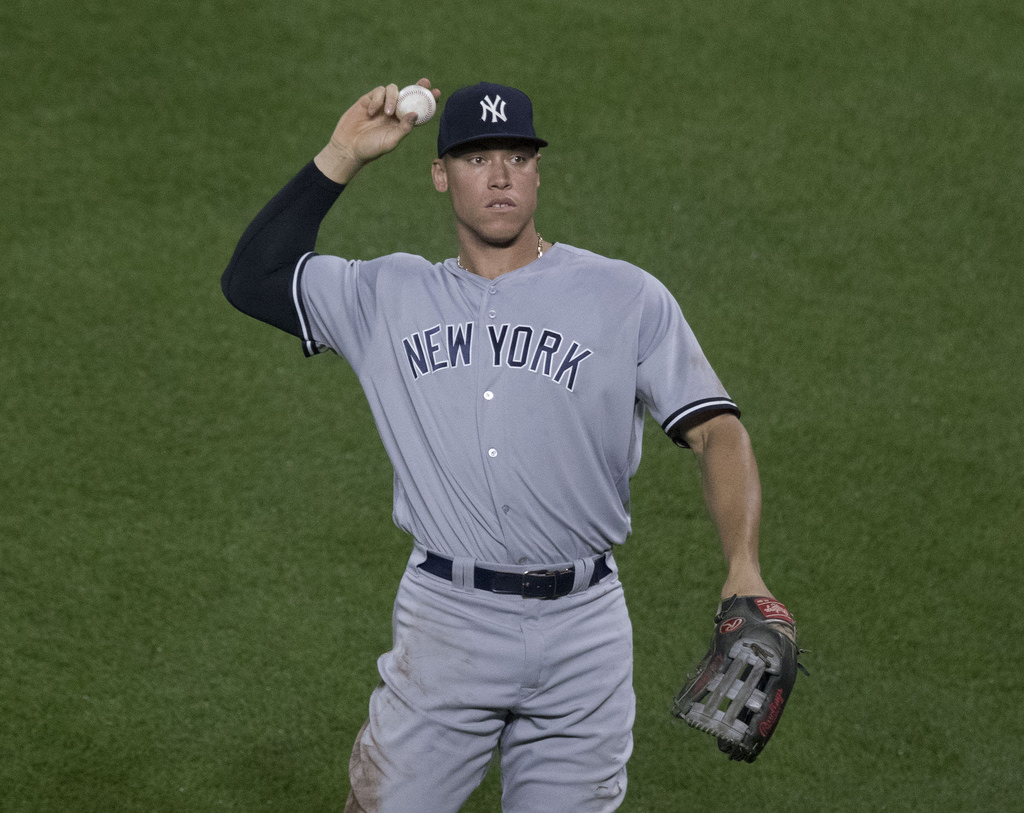 Judge Is The Yankees Cespedes