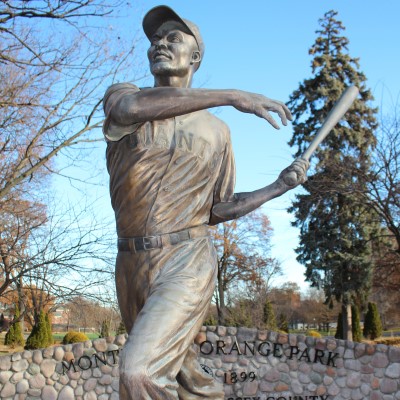 Two Baseball Hall of Famers with New Jersey ties have been nominated among 50 individuals in various categories for the New Jersey Hall of Fame (NJHOF) Class of 2021.

Monte Irvin, who starred for the Newark Eagles and later the New York Giants, and Craig Biggio, an All-American at Seton Hall, are on the ballot in the Sports category.

The public is invited to vote at ChooseHeroes.com now through Memorial Day. Those nominees receiving the most votes in each category are automatically inducted.

The final inductees will be announced in June, with the induction ceremony taking place in October. The 13th annual New Jersey Hall of Fame induction ceremony will once again be a virtual event as it was last year, in an abundance of caution amidst the Coronavirus pandemic. It will be broadcast on television, radio and social media platforms, bringing the event closer to the public.

Other categories include Arts & Letters, Enterprise, Performing Arts and Public Service. The full list of nominees is available at ChooseHeroes.com.