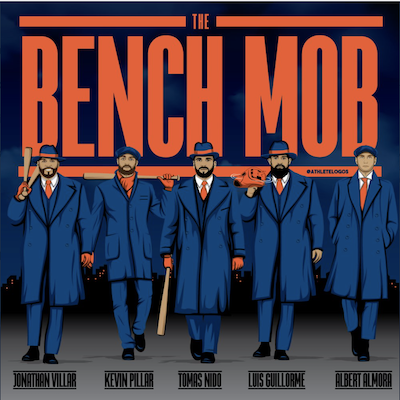 With a team-wide slow offensive start, as well as a slew of early-season injuries, the Mets have had to rely on their bench players more than they had expected. And, they’re also in first place.

As you may remember, the Mets went into the offseason hoping to sign at least one, maybe even two, of the top 4 free agents (Trevor Bauer, JT Realmuto, DJ LeMahieu, and George Springer). They got none of them. Of course they did make some other moves, as you know, signing catcher James McCann and trading for shortstop Francisco Lindor and starting pitcher Carlos Carrasco. Still, after losing out on Springer to the Blue Jays, there were some who hoped they’d sign Jackie Bradley Jr. as a consolation prize. The Mets seemingly never made much of a push for Bradley Jr., and he eventually signed with the Milwaukee Brewers. Instead, the Mets signed Kevin Pillar and Albert Almora. Pillar, is a 9-year veteran who has never been more than a mediocre hitter with Gold Glove caliber (although never Gold Glove winning) fielding. In recent years, most fielding metrics suggest that his work in the outfield has caught down to his work at the plate. Almora, on the other hand, is an even less dependable hitter and a somewhat more dependable outfielder. When the Mets signed these guys, they didn’t try convince the fans that they might be catching lightning in a bottle and looking to start one, or both, of them. They were honest enough to themselves, and to us, that these two additions ensured that the Mets would be heading into the season with the same talented, and certainly imperfect, outfield they had last season (Conforto, Dom Smith, and Brandon Nimmo). Instead, these players were touted as representatives of the team’s new approach to depth: adding skilled and dependable supporters who are just not quite everyday players.

Similarly, in an offseason full of high expectations and scrutiny, the signings of Jose Peraza (in November) and Jonathan Villar (shortly before Spring Training) went relatively unnoticed. Additionally, a day before the Mets signed Villar, they added a top minor league outfield prospect, Khalil Lee, in a 3-team trade with the Kansas City Royals and Boston Red Sox.

So far this season, Villar has played in 31 of the Mets 34 games, while Pillar has been in 27. That’s more than Nimmo (21), and JD Davis (14), as well as Luis Guillorme (14), who many thought should be the team’s starting third baseman. Even Almora appeared in 20 games before suffering a recent injury of his own. Peraza has started the last 4 Mets games and appears to be in line to continue starting as long as McNeil needs time to heal from his hamstring issues.

While none of Villar, Pillar, Almora, or Peraza owns especially impressive offensive numbers this year, each of them has already had some important and valuable moments in 2021. And on a team that’s still waiting for its offensive mainstays to get going, these guys have fit right in. And now, with Almora already on the IL and Conforto likely to follow, it looks like Lee will be getting his shot to contribute.

Villar, Pillar, Almora, and Peraza, along with backup catcher Tomas Nido, have taken to calling themselves “The Bench Mob”. I’ll spare us any poor and obvious mob-related cliches, and just point out that the Mets bench hasn’t been a source of pride for the team in many years, and has never had a nickname, as long as I can remember. The Mets ability to rely on The Bench Mob has helped them score enough runs (barely) to support their pitching staff (again, barely) to reach and hold onto a spot atop the NL East (once again, barely).

And now, the Mets are going to have to dig even deeper and ask even more from their expected bench, and minor league, players, as their brief break from playing against NL East teams came to an end on Sunday. The Mets start a series against the Braves in Atlanta on Monday and will follow that up by visiting the Marlins in Miami over the weekend, with so many regulars unavailable.

It’s likely the Mets will get deGrom back from his injury by next weekend, probable that Davis will return at some point this week, and possible that Nimmo makes it back soon as well. They’re also getting closer to seeing Carrasco make his Mets debut, while pitchers Seth Lugo and Noah Syndergaard should be making their first 2021 appearances shortly afterwards. In other words, while the Mets have had to rely on their depth way more in the first 20% of the season than anyone really wanted, it’s worked well enough so far, and will hopefully be a need for only a little while longer.

(In the meantime, in case you were curious, Springer has only appeared in 4 games for the Blue Jays this season, while Bradley Jr. has a painful .510 OPS through his first 128 Brewers at-bats.)