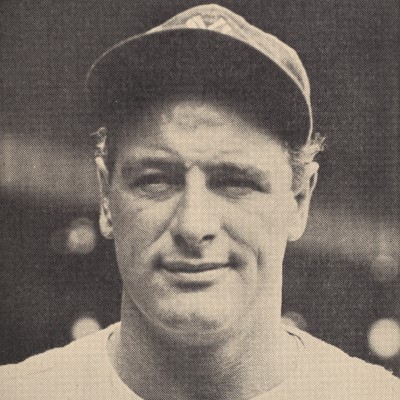 With the recent announcement that baseball will observe “Lou Gehrig Day” annually on June 2, Strat-O-Matic, the market leader in sports simulation, today unveiled its plans to honor the all-time great first baseman whose untimely passing from ALS cut short his legendary career. In addition to donating 10% of net sales on that date to The ALS Association Greater New York Chapter, home region to Gehrig and the game company celebrating its 60th year, Strat-O-Matic will simulate several scenarios related to the Hall of Famer.

Beginning on Monday, May 31, and continuing through Wednesday, Strat-O-Matic will release three simulations by its research team that include an extension of Gehrig’s career past 1939, had he not been stricken with the progressive neurodegenerative disease that often bears his name; a home run derby between Gehrig, Babe Ruth, Mickey Mantle and Roger Maris; and a contest featuring all-time stars who wore his famed #4.

June 2 was both the day that Gehrig began his consecutive games played streak in 1925, and the date of his death in 1941. In addition to increasing awareness of the disease and fundraising to fight it, Lou Gehrig Day also serves to celebrate those working to end ALS.

“Lou Gehrig’s accomplishments on the field and impact off the field are immense, and we’re pleased to be honoring him as part of baseball’s new Lou Gehrig Day across the sport,” said Adam Richman, Strat-O-Matic President. “We are proud to incorporate a donation to the ALS Association Greater New York Chapter and we hope fans will enjoy the simulations around one of our most popular historical players.”

Breuer Proving His Mets Fandom Is No Joke

Last reply was 3 months ago