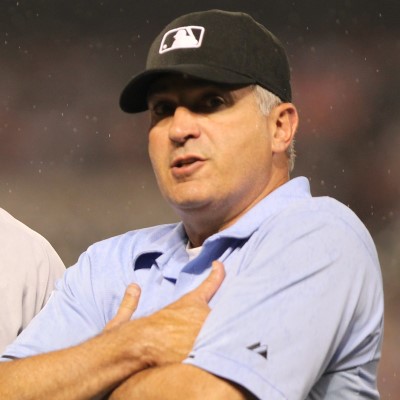 A couple years after retirement after more than 30 years as an MLB umpire, John Hirschbeck finds himself in the midst of his greatest work yet, helping families all across the United States in dealing with the unfortunate circumstance of childhood disease. Hirschbeck and the Magic of Michael Foundation was started in 2014 to help families that are struggling to afford the necessary resources to live a fuller life, while expending much of their finances on medical bills. Hirschbeck and his organization, stated that the work they do is aimed to “provide hope for the families enduring the ‘curveballs’ of life.”

The Foundation was started to honor John and Denise Hirschbeck sons, “Little” John and Michael while also raising money and supporting families that are struggling with the same things the Hirschbeck’s had dealt: having (two) children diagnosed with rare diseases.

The Hirschbecks’ two boys grew up with the game of baseball, including Michael who was able to meet so many people around the sport. He was also a bat boy working alongside his father at many MLB games.

John knows how much the foundation has already done and the potential for where it can go.

“I’m always trying to come up with ways to raise money for the Magic of Michael. We’d like to see it go on forever,” Hirschbeck said. “There are always things that come up. For instance my wife was on the phone with a woman whose little girl is very sick, and they can’t afford and don’t have the resources for a wheelchair. So we (Magic of Michael foundation) are going to get her a motorized wheelchair.”

This is just one of the many examples of how the Magic of Michael Foundation has changed lives. Hirschbeck explained that he wants the charity to continue on forever and his new idea of how to help raise money might be the next big thing, for enabling the Foundation’s immortality.

Hirschbeck has recruited the support of one of the most famous names in the sports memorabilia and collectibles business, Brandon Steiner, founder of CollectibleXchange, one of the leading sports memorabilia companies. His support for the Magic of Michael Foundation is significant in that a company that is well recognized has become a prominent backer; on the CollectibleXchange site fans can look through memorabilia, with proceeds going straight to the Magic of Michael Foundation.

Hirschbeck explained, “I was in the Big Leagues for 34 years and all I have ever seen was Brandon Steiner and Steiner auctions.” After reaching out to Steiner, he explained that “we had a really good conversation and I told him what it was all about so [his reputation] is why I picked him.”

Just a year ago Steiner was trying to grow the site in new ways while trying to avoid any setback the pandemic may have brought on the company. Now 32 years in the sports memorabilia industry, Steiner Sports is one of the leaders in a business that is booming. Thus, he has decided to do his part in helping John Hirschbeck and the Magic of Michael foundation.

Steiner has been one of the most innovative forces in the market and his most recent addition to it was Athlete Direct. This is a new site that brings athletes closer to the fans like never before.
“This was always the big picture I had in my mind,” says Steiner. “I found that over the years, there was too much of the same thing, hundreds, thousands of balls and jerseys signed by the same player. Now we are away from the volume and give propriety to high end exclusive stuff; those ‘hard to get,’ cool, pieces. We’re trying to work on not only collectibles but also private items – from exercise machines to skin care products to healthy snacks.”

Two very popular names associated with Major League Baseball have come together to utilize their existing supply of endless memorabilia in an effort to help bring aid to families struggling with obtaining basic needs while trying to support ailing children. From the umpire himself, Hirschbeck feels he has little to no interest in the world of collectors items and rather use what he has amassed from his time in the game to raise money is much more practical that if he held onto the items. 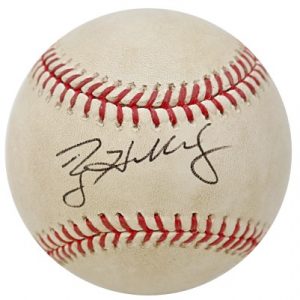 “I have no passion for memorabilia,” Hirschbeck said. “I’ve been around the game so long things just kind of happen. Like how in the world did I meet Kevin Costner? He was shooting a movie in Cleveland and I had gotten to the ballpark early and someone knocked on the door asking if it was okay that Kevin Costner came in to cool off and hang out for a little. So he came in and took pictures, signed a baseball and we had a conversation.”

It was the unexpected memories of the job like umping behind home plate for Roy Halladay’s no-hitter or being there for Mariano Rivera’s save record. The memories are what Hirschbeck will cherish as for the memorabilia, he said. “It is better off with people who want it and raising money for Magic of Michael instead of sitting in my basement.”

Hirschbeck started this new chapter in his life years ago and it has snowballed into such a great cause. The individual stories include countless tales of helping the community, including donating $250,000 to an Akron children’s hospital in 2016, but in the end it’s all about helping families enduring the “curveballs of life.” 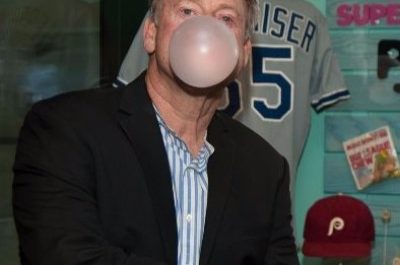