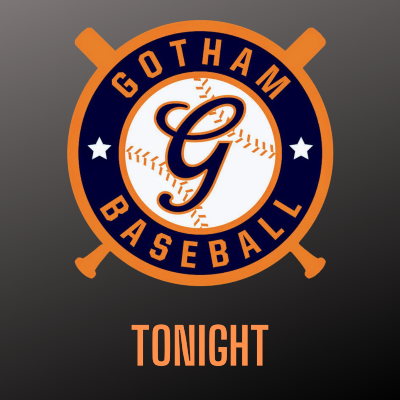 Both the Mets and Yankees are on the schedule for Monday, April 11.  It’s only the first month of the 2022 season, but both of Gotham’s clubs are already playing important games.

In the Bronx, the Yankees open a four-game set with the Toronto Blue Jays, who are being touted by some experts as the team to beat in the American League. In the 2022 season, the Yankees outlasted the Jays for the AL Wild Card, despite losing the season series to Toronto, 11-8.

Both teams are coming off their first loss of the season, the Jays dropped a 12-6 decision to Texas — blowing a 6-1 lead — on Sunday, while the Yankees fell to the Red Sox, 4-3.

Jameson Taillon (2021: 8-6, 4.30 ERA) – The Yankees weren’t sure that Taillon was going to be ready for the start of the 2022 season, following ankle tendon surgery, but his spring starts went smoothly, and he’s ready to take the mound in Monday’s opener. Last season, against the Jays, he went 0 2 with a 6.23 ERA in 3 starts. For his career against Toronto, Taillon is 1-2  with a 5.21 ERA in four starts.

Alek Manoah (2021: 9-2,  3.22 ERA) – After a solid rookie season, Manoah is expected to be an important part of the Toronto rotation this year.  His workload will be a focus in tonight’s start, as Jays’ manager Charlie Montoya taxed his bullpen in the opening series with Texas, using his relievers for 18.1 innings compared to the 8.2 by the starters. Manoah faced the Yankees twice in 2021, going 1-0 with a 2.31 ERA, including a solid effort in his MLB debut on May 27 against the Yankees, in which he gave up just two hits over six innings in the Jays’ 2-0 victory.

For the Mets (3-1), a disappointing loss in the finale of a four-game series at Washington tarnished what had been a solid debut for the revamped lineup. The Phillies (2-1) are also sporting new sluggers on offense, namely Kyle Schwarber and Nick Castellanos, and already have Bryce Harper and J.T. Realmuto in the fold. These two teams — and their fans — detest each other, so this should be a great series.

Taijuan Walker (2021: 7-11, 4.47 ERA) Walker began his first season in Flushing brilliantly, going 7-3 with a 2.66 ERA over his first 16 starts of the season, but the second half was a different story; going 0-8 with a 7.13 ERA in his last 13 starts. Walker had off-season knee surgery and had to leave his last spring start because of what was called “soreness” in the knee, but did not have any discomfort in his last workout, a 45-pitch side session. If he falters, the Mets have lefthander David Peterson ready to go. Walker faced the Phillies five times in 2021, going 0-2 with a 3.76 ERA. For his career against Philadelphia, he is 1-2 with a 3.34 ERA in six starts.