The Mariano Rivera ceremonies were well done as you knew they would, because the New York Yankees always know how to put on a show in honoring their legends.

The only disappointing thing is there has been no day for Andy Pettitte, and there should be. It was because he didn’t say anything until late last week, so perhaps the Yankees will bring him back for a ceremony next season.

Pettitte is as responsible as any member of the “Core Four,’’ for their run of success. And, that includes the core prior to that in Bernie Williams, Paul O’Neill and Tino Martinez. There would be no four World Series titles from 1996-2000 without the entire group, as each had their moments in the October spotlight.

With 19 postseason victories, Pettitte was a stalwart, and I am not ready to dismiss him as some others are for the Hall of Fame. I have a vote and Rivera will undoubtedly get mine. And, so might Pettitte.

I’ve heard the word “dominate’’ so many times recently in discussions about Rivera, but 19 post season victories by Pettitte is also about domination. In one year, the Yankees lost the first game in each of their three postseason series, but Pettitte responded to win Game 2 each time before the series left New York.

Tell me that is not domination.

In eight seasons writing about the Yankees, I have lots of memories of both Pettitte and Rivera, with many not coming on the field. In covering baseball I root for good storylines, well played games and players with personality. Both Pettitte and Rivera provided numerous storylines and were a pleasure to deal with as they were always stand-up and gentlemen.

There was one game Pettitte started he was bombed. I was elsewhere in the clubhouse when he started talking. By the time I got to his locker, there was a mob around him and I couldn’t hear a word. After he was done, I apologized profusely before asking him to answer many of the same questions.

His response to me was, “Sure, no problem. You’ve always been good to me.’’ I tried to make it quick and when I said thank you, he said, “You sure don’t need more? You usually ask more questions than that.’’

That is the ultimate in stand-up, and that defined Pettitte to me along with his propensity for coming through in the clutch. He demonstrated that again in his retirement press conference when asked his biggest regret, he volunteered the HGH incident, which wasn’t prohibited at the time. Pettitte could easily have skated on the issue and recounted games and disappointing seasons, but he volunteered that incident and said he regretted if he was ever a bad example to kids.

That takes stand-up to a new level.

Another time we were in spring training and I was eating dinner and he was with his family at a nearby table. I didn’t recognize him because I wasn’t wearing my glasses, but once he got my attention he called me over and introduced me to his family.

A policy I have is to not bother these guys outside the stadium as I figure I have more than enough time to get them there. Pettitte knew that, which is one of the reasons he said I was always good to him.

Finally, when Pettitte reached free agency and the Red Sox contacted his agent, he said he could never envision playing for them considering the history between the teams. Reminded me somewhat of the story of when Jackie Robinson retired before accepting a trade to the Giants.

When Pettitte left the Yankees for Houston, and I left the Yankees beat for the Mets, I always made it a point to visit him in the Astros clubhouse to say hello. That is how a writer expresses his thanks and respect to a player.

It was much the same with Rivera. He was so successful often reporters wouldn’t speak to him unless he blew a save. However, I always made it a point to engage Rivera in small talk.

There was one day in Boston and Shea Hillenbrand beat him with a home run. Rivera was emotional in the clubhouse, his eyes nearly brimming with tears, but he was accountable as usual and answered every last question. The only time I recall frustration from Rivera was he blew a few save opportunities in succession and was emotional in saying he wasn’t a machine and didn’t have oil in his veins.

However, my fondest memory of Rivera came during spring training. I wandered by his locker one morning to say hello and we got to talk. I wished him farewell for the day with a joke. The next day I told him another.

On the third day he sought me out and asked, “what do you have for me today?’’

I didn’t know what he meant, until he said, “Do you have another joke for me?’’

Who am I to disappoint a future Hall of Famer? So, I told him another. He smiled, laughed and said thank you in that soft voice of his and then walked away.

No, thank you Mariano Rivera, and thank you Andy Pettitte, for giving me something to hold on to and cherish. During my career I have covered well over two thousand games. I remember precious few save some of the golden moments and plays.

However, I will always remember the class of Andy Pettitte and Mariano Rivera. They helped make my career a joy. 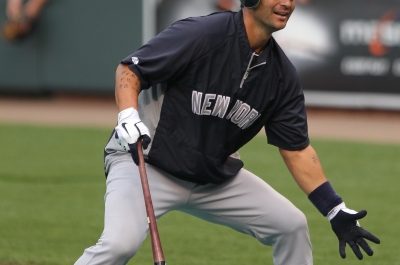 Yankees Prospects To Watch In 2016