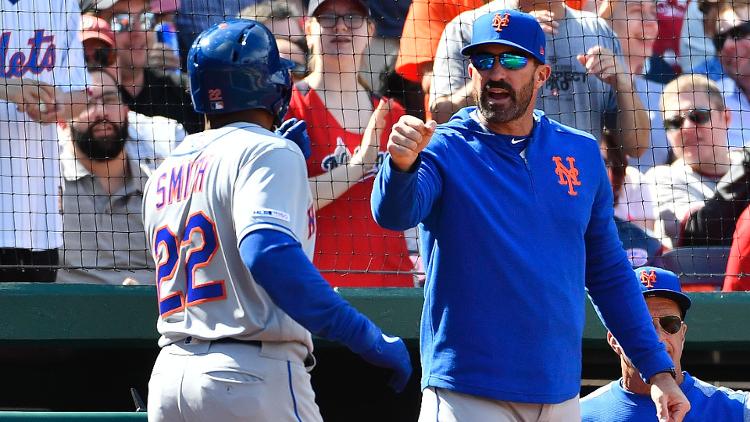 Dominic Smith could have been discarded by the Mets, and not many would have thought twice. Instead, he has found a way to be an integral part of this team. Let’s take a look at how that happened…

The Mets selected Dominic Smith out of high school with the 11th overall pick in the 2013 draft.  When they took him, they knew they were getting a good, albeit relatively undersized, hitter with a “plus glove”. In his first few seasons in the minors, Smith underwhelmed somewhat, but the Mets held tight to the belief that he could be the team’s first baseman of the future. In 2016, while playing for the AA Binghamton Mets, he hit .302 with 14 HRs and 91 RBIs, while earning a spot in the All-Star Futures Game.  To that point, he had not shown the power that the Mets were hoping he would, but he had shown enough to retain the hope that the team and the fans had placed in him. The Mets called Smith up to the majors in August 2017, and he quickly tested that faith. Appearing somewhat out of shape, he batted .198 with 9 home runs in 167 AB’s. This type of performance might work for Chris Davis (actually if salary is an indication it definitely works for Chris Davis) but it was a disappointment for the Mets. Still, coming into spring training last year, the somewhat safe assumption was that Smith would be the Mets starting first baseman on opening day. Then the Mets signed Adrian Gonzalez, and as I mentioned at that time, there was some hope that it would inspire Smith to focus on improving. Instead, that backfired in more ways than one. Smith showed up to camp in better, but still not great, shape, and then he showed up late to a team meeting on the morning of the first spring training game. Instead of starting at first and hitting in the middle of the lineup, he was on the bench. A quad injury shortly thereafter robbed him of the rest of spring training and probably robbed him of much of the hope that fans at placed in him.

Then Pete Alonso happened. Actually, for accuracy’s sake, first Peter Alonso happened, then Pete Alonso happened. When spring training started this year, the hype around Alonso was so immense that nobody noticed when Smith showed up to camp truly in the best shape of his career. Some people were aware that Smith had been diagnosed with sleep apnea following last season and were fairly quick to dismiss it as an excuse. To his credit, Smith didn’t use it that way. He didn’t publicly blame his noted lateness to the first spring training game on his sleep issues, nor did he provide as a reason for his disappointing stats. He did work with Mets training staff to correct it though. Still, the basic vibe around Port St. Lucie and Queens was that Dominic Smith could have saved a drowning baby in a hurricane and fans would be still be rooting for Pete Alonso to be the opening day starting first baseman.

There is no way that Dominic Smith wasn’t aware of this. Still, he showed up every day, on time no less, and played solid baseball without much fanfare. Alonso would have had to have had a terrible spring to lose favor in the Mets’ eyes, but he didn’t. He could have started the year in the minors in order to give the Mets an extra year of him before arbitration, but that didn’t happen either. When the Mets announced their opening day roster, Pete Alonso was at the top (I had it arranged alphabetically), and fans rejoiced. Dominic Smith was on there as well, and few noticed.

Part of the reason that nobody noticed, is that there were no reports of complaints from the lefty. New York City thrives on complaining. Sometime I think it’s what keeps the electricity going on a humid summer day. The media looks for any indication of discomfort to suggest that a player is unhappy with his current situation. A simple sigh in a post-game interview with a bench player is often interpreted as an all out declaration of a desire to skip town. And yet, Dominic Smith did all of his talking with his bat. After an impressive spring training, Smith started the year by getting on base, including a grounder to the shortstop side of second base that made a mockery of a defensive shift.

Meanwhile, Pete Alonso has been everything that the Mets had hoped he would be. He’s hitting home runs that are remarkable by any metric, he’s fielding his position just fine, and he’s capturing the imagination of fans all over the area. And through it all, Dominic Smith has been cheering him on. When Alonso hit his first major league home run, the entire team was quick to congratulate him, but none more animated than Smith. The two first basemen hugged each other like long lost cousins, then traded words of encouragement, noting how Smith got the rally going and Alonso brought it home.

The next day (April 2nd), Smith was in the starting lineup, Alonso was on the bench, and fans were up in arms. Manager Mickey Callaway explained it as best he could, that getting Alonso rest throughout his rookie season will be necessary to keep him fresh all year. People didn’t care. To them, watching a Mets lineup without Alonso would be like going to a band’s concert and not hearing their best song. It was a bad April Fool’s Day prank, one day late. To Smith, it was an opportunity that was right on time. It was not an opportunity to overtake Alonso’s spot, just a chance to get in there and contribute. He went 2-5 with a run scored in a 6-5 Mets win that night.

While there may not be much fanfare, Smith’s efforts, and results, are beginning to get noticed. Just this past week, Pete Alonso hit a shot in Atlanta that almost made it to South Carolina. For those interested, or pretending to be interested, in exit velocity, the shot was clocked at 118+ MPH, and if you listened carefully you could hear the ball scream “potential” on its way out. The next day, Dominic Smith was the starting first baseman, and nobody got upset.

The litany of Mets injuries over the past few seasons inspired the front office to ensure that this year’s team prioritized depth. With near-immediate injuries to Todd Frazier and newly-acquired (and still yet to see action as a Mets player) Jed Lowrie, the need for such depth was apparent early on. No longer hampered by lofty expectations, nor labeled as a disappointment, Dominic Smith has quickly become a prime example of the value of such an approach. Obviously it’s only April. Slumps happen. Injuries happen. Trades happen. Smith’s value over the course of this season can play out in a number of ways. Three weeks in, however, he seems to have found his place on this team, and fans have welcomed him with open arms, whether they know it or not. 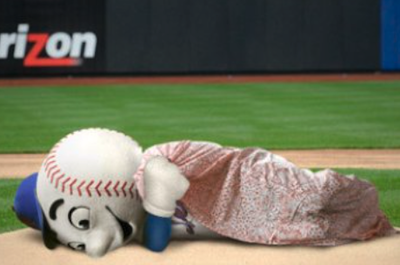