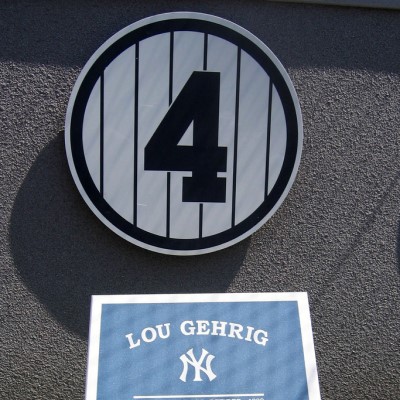 Strat-O-Matic, the market leader in sports simulation, today released the results of three simulations tied to baseball’s observation of “Lou Gehrig Day” as part of its celebration of the endeavor across the sport. Full details of each simulation are posted at http://www.strat-o-matic.com.

The first is a “Home Run Derby” featuring two pairs of famed Yankee sluggers during their most prolific seasons. Gehrig took on his 1927 teammate Babe Ruth and 1961 “M&M Boys” Mickey Mantle and Roger Maris in a 10 at-bat format. Gehrig hit just one home run in his first four at bats to two by each of the other competitors, but slammed five in his last six times up to win with six bombs to four each by Ruth, Maris and Mantle.

Second is an imagined contest in which all the competitors wore #4 in their careers. In the simulation, which pitted the N.L. vs. the A.L. Gehrig went 0-for-4 against Blake Snell and 1950s journeyman Hal Jeffcoat, but his Junior Circuit squad took a 3-0 verdict behind two home runs by Hall of Famer Goose Goslin and eight innings of four-hit pitching by 1960s lefty George Brunet.

In the final simulation, Strat-O-Matic reimagined Gehrig’s career had he not been stricken with ALS, beginning with the 1938 season, during which his numbers were likely reduced in the early stages of the disease. In the replay, Gehrig plays through 1942, his age 39 season, amassing a total of 676 doubles (which would have placed him third at the time of his retirement, instead of 11th), 610 home runs (second, rather than third) and 2488 RBI (first, instead of third).

In addition to conducting the simulations, Strat-O-Matic will donate 10% of net sales today (June 2) to The ALS Association Greater New York Chapter, home region to Gehrig and the game company celebrating its 60th year. June 2 was both the day that Gehrig began his consecutive games played streak in 1925 (first game started), and the date of his death in 1941. In addition to increasing awareness of the disease and fundraising to fight it, Lou Gehrig Day also serves to celebrate those working to end ALS.