Harrisburg, PA – After playing 64 games at Triple-A Scranton Austin Krum was back at Double-A Trenton, where he began 2011.

It was a technical demotion, but Krum responded with results. On the day of his August 4th return the left fielder collected 4 hits.

“To be honest, yeah, I was little bit disappointed. You’re not going to be happy about it. But at the same time, I have to look at it in a positive light and realize that the higher-ups still want me to continue to play and get at-bats and be on the field. Initially it’s a little bit of a sting, but now I feel right at home. I want to help this team.”

He hit .246 with 13 RBI for the Scranton/Wilkes-Barre Yankees. In 2010 he hit .229 for Trenton, knocking in 44 runs. He was one of the biggest contributors to the team in the post-season, leading the Eastern League in doubles and stolen bases.

Consistency is the key and Krum knows that his success depends on having as many quality at-bats as possible to prove himself to the Yankees.

“Coming into this season I’ve been hit or miss with consistency. That’s still a struggle everyday and it’s something I need to continue to improve on in order to be a better player. I think I have done that throughout the course of the year. It’s all about getting back up after you’ve hit a bit of a down spell.”

The Yankees ninth round selection in the 2007 draft out of Dallas Baptist University spent his time at Scranton getting acclimated to smarter pitching.

“It’s a level up and the competition is going to be better. With pitching, hitting, and defense, everyone is a step faster. The pitchers are a lot more seasoned. They will not give in to what you want to do. You have to stay consistent in your approach against them.”

The Thunder are currently fighting the Reading Phillies and the league leading New Hampshire Fisher Cats for a spot in the Eastern League playoffs. After a loss to Harrisburg Sunday night, the Thunder fell seven games back tied with Reading for second. The Thunder have gone 3-7 in their last 10 games.

“It’s been a little bit of a rough stretch. We’re playing some tough teams. The good news out of all of that is that we’re still in second place. Even though we haven’t been playing too well, we’re still right there.”

Keeping that winning mentality in tact as a team is just as important to Krum as an individual.

“If it’s here or in Scranton, I’m more than willing to do that if I can play.”

NOTE: In Sunday night’s contest Krum went 1-4, reaching on a hit and an error. He was stranded both times. 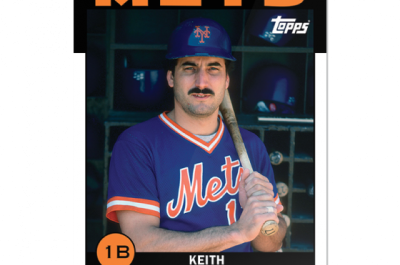