At an age when some of his American counterparts dream about that first legal sip of alcohol or declaring a major, 20-year-old Jenrry Mejia has some other things on his mind.  Like how to get Ryan Howard with two runners on in the 8th inning of a tie game.  After making his major league debut with only 10 Double-A games on his resume, Mejia has been adjusting to life in the Show and successfully navigating his baptism by fire.

A flame-throwing righthander from the Dominican Republic, Mejia has done a stellar job in relief for the Mets.  Considering his age, inexperience and the unrelenting  expectations of the New York spotlight, Mejia has deftly handled the transition – and most opponents in the process.  At an age when most prospects have the benefit of rookie ball and the low minor leagues to hone their craft, Mejia has been thrust onto the brightest of stages with an inexorable ultimatum:  inspire hope in a beleaguered fan base that had seen consecutive catastrophic September collapses before last season’s 92-loss fiasco.

The Mets would do well to learn from the placement gaffes of their cross-town neighbor.  Phil Hughes and Joba Chamberlain were shuffled from the bullpen to the rotation and back again consistently through the formative parts of their careers.  The Bombers infamously instituted the ‘Joba Rules’ to lackluster results in 2007 and 2008.  Both Chamberlain and Hughes have been flip-flopped several times although it appears they have settled into permanent roles this season.  Mejia has been groomed as a starter and it remains to be seen when he will crack the Amazins’ rotation.

Coping with losing in the Big Apple is never easy.  On a Mets team in the midst of an identity shift, Mejia will be tested emotionally as well as physically.  Certainly a lot to ask of someone so young.  The emergence of 23-year-old Ike Davis (who was also called up after an abbreviated stint in the minors) may take some of the heat off Mejia.  Learning on the fly in the harsh environment of the NL East, the talented duo should give Metropolitan fans a glimmer of hope for the future. 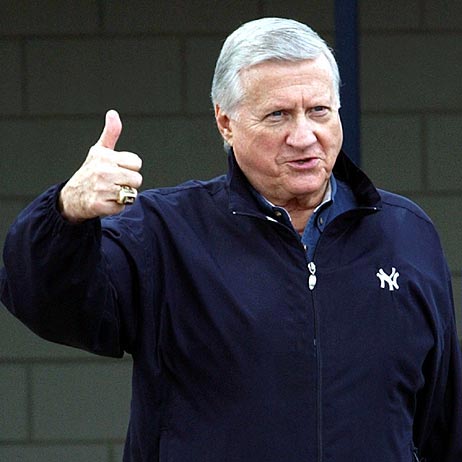