The Staten Island Yankees dropped their third straight game to the cross-town rival Brooklyn Cyclones, falling to 16-15 for the season and six games behind first.

Nik Turley was charged with the loss, allowing eight earned runs on nine hits and two errors and striking out three Cyclones in three and two third innings.  Turley has struggled a bit in his last two starts, allowing a total of 15 runs, 12 earned, and 15 hits over 9 innings.

Nathan Forer allowed two runs, one earned, over his two and a third innings of work before Preston Claiborne struck out all three batters he faced for a perfect inning in relief.  Right-handed pitcher Andrew Shive made his Staten Island Yankees return after sitting out the 2009 season because of Tommy John surgery.  He allowed two runs on three hits and a walk in an inning of work.

The Baby Bombers plated their first runs in the top of the second inning, taking an early lead.  Kyle Roller singled on a ground ball to right field and then stole second with one out before Shane Brown sent a fly ball over the left field fence for his second homerun of the 2010 season.

Brooklyn took a 5-2 lead in the bottom of the second and then added three more runs in the bottom of the fourth before Staten Island placed a five spot of their own on the board in the top of the fifth inning.  Jose Mojica started it off reaching on a throwing error by the second baseman and then went to third when Casey Stevenson singled with one out.  After Mojica scored on a sacrifice fly by Francisco Arcia Kelvin De Leon reached on a fielding error by the shortstop.  Stevenson then scored and De Leon went to thrid when Kyle Roller reached on a fielding error by the second baseman before Kevin Mahoney was hit by the pitch.  De Leon and Roller came around to score when Shane Brown grounded a ball to left field.  Garrison Lassiter singled to right to bring in Mahoney and the Yankees had their seven runs of the game.

Garrison Lassiter, Shane Brown, and Kyle Roller each had two hits apiece in the game.

The biggest defensive mistake for the Yankees came in the bottom of the sixth inning with two-outs.  With a man on first Jeff Flagg lined the ball to left field for a double, the entire Yankees infield along with the pitcher and catcher was on the left side when Shane Brown threw the ball to second base with no one to cover, allowing the run to score and Flagg to end up at third.  Staten Island right-fielder Kelvin De Leon had to come in from right field to retrieve the ball before Flagg could score.

Tonight night the Staten Island Yankees and Brooklyn Cyclones face off in the second game of the series with right-hander Mike Gipson expected to make the start for Staten Island. 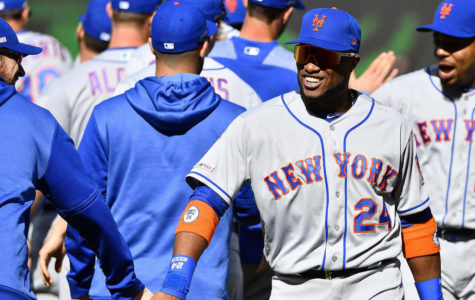