To kick off your professional baseball career by winning Rookie of The Year honors is an incredible feat. It is an award that without a doubt deserves merit. Showcasing young talent making a name for themselves while playing on a high level in a league they have no prior experience in is worthy on many levels. It serves as a guide as to which team’s farm system has developed their talent the best, which young player has filled a spot on their roster and which have the potential to become the most valuable player in the league. It allows fans to speculate which players are possibly going to make the difference in leading their favorite ball club to the promise land in the coming years and highlight league wide events, such as All-Star Games, for years to come.

It also often helps them determine which name they’d like to put on the back of a customized jersey.

To put on a Major League uniform for the first time and make an impact is one thing. To do it in a foreign land, amid culture shock on top of the always present obstacles for rookies is another. Hideo Nomo is one of those players to accomplish the feat and was the first Japanese player to ever relocate permanently in order to play in MLB.

Aside from his ROY honors, when you hear the name Hideo Nomo, the first thing that comes to mind is his unique wind up motion. In the Nippon Professional Baseball league, Nomo was a coveted talent racking up over 1,200 strike outs from 1990-1994 for the Kintetsu Buffaloes. Earning the nickname ‘The Tornado’, after media and opponents witnessed his unique back-to-the-plate delivery, early on Nomo gained national attention in his debut season with the Buffaloes striking out 287 hitters in 235 innings. His stats earned him the 1990 Pacific League MVP and Rookie of The Year honors.

Fans and members of the media were more appreciative of the results Nomo produced than the Buffaloes however. After the 1994 season, wrapping up a stretch within the first four years where he compiled 17 or 18 wins per season, Nomo demanded a multi-year contract.

What was the Buffaloes’ loss, turned out to be the Los Angeles Dodgers’ gain.

After retiring from Japanese baseball in order to get out of his contract with the Buffaloes, Nomo found a new opportunity in Los Angeles. His career in the States started off oddly enough, very similar to the way his career began in Japan. Due in large part to his unique delivery, batters were unable to solve the pitching mystery Nomo presented every five days in each start and he ended up leading the league in strike outs with 236, finished second in ERA at 2.54. Along the way, he broke Koufax’s team record of strike outs per nine innings with 11.101 to Koufax’s 10.546, started the All-Star Game and won the NL Rookie of the Year award.

Many would argue that a professional ballplayer with years of experience in Japan should not be up for MLB Rookie of The Year voting consideration. I understand that mentality, however, a player’s first year in the league is just that, no matter where their prior experience comes from. Also, it can be argued that the player coming in from Japan or some other international location is up against much more than the rookie of the year contender that is from the United States. The language, culture, nuances, and comfort are not the same as they were in their other league. The player from the international league has to figure out how to survive on the playing field as well as within their new surroundings off the field. The argument could certainly be made that an outstanding rookie campaign by an international star is much more difficult. That argument was made in 1995 and the pro-Nomo side won. Future star, Chipper Jones, finished second in the NL Rookie of the Year race that year as voters gave the advantage to Nomo. Or perhaps I should say, disadvantage.

Baseball Digest’s John Kuenster highlighted Hideo Nomo’s performance as one of the bright spots of the 1995 season. An interesting read about one of the great young pitchers to wear the Dodgers’ uniform.

Like other great puzzles that are tough to figure out such as the Rubik’s Cube, Sudoku or ‘what happened to Tony Soprano at the end of ‘The Sopranos’?', eventually the answer is found and they get a little easier to figure out. (Ok, perhaps that Sopranos one is still left up in the air). NL batters finally got used to seeing an opposing pitcher’s back before the release of a pitch and Nomo’s efficiency lacked as his stats became less impressive. Despite finishing as the only other pitcher to strike out at least 200 batters in each of his first three seasons, the early years of his MLB career are definitely the most impressive.

There must be something in the water at Dodger Stadium. When Nomo won the NL Rookie of the Year, he became one of 13 Dodger debuts to earn the honor, the most of any team in the National League. Dating back to 1952, the team has had a rookie win the award in back-to-back seasons three times. The most recent time coming in a stretch where Nomo was one of those rookies as the team won the award in five consecutive years (Eric Karros, 1992; Mike Piazza, 1993; Raul Mondesi, 1994; Nomo, 1995; Todd Hollandsworth, 1996). In recent years the Florida Marlins have dominated the category however, for a stretch, it was the Dodgers system producing the best young talent in the league, Nomo included.

One stand out highlight of Nomo’s latte portion of his career came on April 4, 2011. It was Nomo’s first start as a member of the Boston Red Sox and he would once again come out of the gates quickly with his new team. The Orioles were the team he would face that day and they would provide Nomo with a no-no as the team was unable to muster up a single hit against Beantown’s new star pitcher. In doing so, Nomo became the fourth pitcher in the history of the game to throw a no-hitter in both the American and National Leagues. After a couple more productive years after returning to his first major league home in America from 2002-2003, Nomo started to fade.

His career path led to signing with the Kansas City Royals, who ultimately released him on April 29, 2008. Nomo retired from MLB that same July. Nomo was both a journeyman and a pioneer in his time as a professional baseball player. In MLB, he would go on to spend time displaying his unique ‘tornado’ wind up for fans across the country, proudly wearing the uniform of the Dodgers, Mets, Brewers, Tigers, Red Sox, Devil Rays and Royals.

Out of curiosity, I looked up the meaning of the name ‘Hideo’. Turns out it means ‘excelling man’. After analyzing Nomo’s career, you’ll realize he compiled over 3,100 strike outs in his time between the NPB and MLB competition. Excelling man? Sounds about right to me.

Frank Robinson turns 76 today. Robinson’s career saw him spend time  playing with the Reds, Orioles, Dodgers, Angels and Indians. He managed the Indians, Giants, Orioles and Expos/Nationals. At the end, it all added up to a plaque in Cooperstown. Robinson is the only player to win MVP honors in both the American and National Leagues and finished his career with a batting average of .294, 586 home runs, 2,943 hits and 1,812 RBI. Robinson won the World Series with the 1966 and 1970 Orioles, winning MVP honors in 1966. Other career highlights include NL Rookie of the Year (1956), 14 All-Star appearances (MVP in 1971), AL Manager of the Year (1989) and he had his number retired by both the Cincinnati Reds and Baltimore Orioles.

Eddie Plank was born on this day in 1875. Plank pitched for the Philadelphia Athletics, St. Louis Terriers and the St. Louis Browns. Eight times, Plank finished a season with twenty or more wins. He has the 13th most wins in MLB history, led the American League in shutouts twice and has more career shutouts by a left-hander than anyone in MLB history (66). Plank’s win-loss record of 326-194 matched with his career ERA of 2.35 and 2,246 strike outs earned him induction into the Baseball Hall of Fame by vote of the Veteran’s Committee in 1946.

Ryan Maloney is a staff writer for BaseballDigest.com, author of the popular Chicago Cubs blog titled ’Prose and Ivy, and a contributing writer to MLB.com.

View all posts by Ryan Maloney → 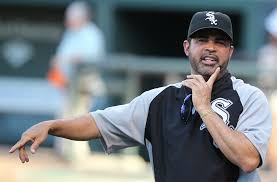