Few athletes can inspire the fans who watch them. There are plenty of talented athletes who do great things on the field. It is why we all watch sports, to watch the best do the best. Down deep, we wish that we could be them, even for just a moment. But, then there are those few who transcend their sport because of their rare talent. This group is comprised of the rare players who come along every so often and make their sport look easy. They love the sport, the competition, and have a deeper desire than their peers to win. They are the ones who capture us. They keep us coming back. Even in our jaded view of modern day sports, these players still hold us. For 16 years, New York has been home to one of these special athletes. He has spoiled his teammates and fans with his performance. He has spoiled everyone because he inspires that rare feeling that only the rare talent can.

There’s slightly less hair on top of the head, but his body looks the same, even after 16 seasons in the Major Leagues. He doesn’t hit 98 on the radar anymore, but he hasn’t needed to since the late 90′s. He still hasn’t developed a second pitch. And, you would think that he is nearing the end. Actually, he has been nearing the end for the past five years. Most 41 year olds are finishing up careers. But, it seems like Mariano Rivera just continues on. The role of the closer has evolved over the years, going from a time when a Sparky Lyle would come in during the fourth inning to save a playoff game to the one inning assassins that mark today’s game. And yet, even in that more limited, modern role, Mariano Rivera has done the job better than anyone ever has. It is no longer a question of whether or not he is the best of all time. It is now whether or not relievers, even relievers enshrined in Cooperstown, measure up to Rivera. The answer is no.

They aren’t different because of his playoff performance. His 42 post season saves and 0.71 ERA during 94 appearances are even more dominant than his stellar regular season record, but that isn’t why Rivera is different. Mariano Rivera is about a feeling. It is a feeling of certainty in the uncertain point of an uncertain game. Unlike any other pitcher, even Dennis Eckersley during his closer prime, Mariano Rivera is a certainty. The game is over once number 42 begins his trademark jog in from the bullpen. That is a feeling that no team other than the Yankees enjoy. There are some other very good closers. Some may even have better statistical seasons than Rivera. But, none match the consistent excellence that Rivera displays every day and every season.

As he ages, he continues to dominate hitters with his trademark cutter. Last season, he averaged 6.75 strikeouts per nine innings, his lowest total since 2006. But, his BABIP was only .222. Many will look at the .222 BABIP and believe that it was a product of luck. Sure, some pitchers can be lucky with BABIP, but BABIP is mostly a skill. While his cutter didn’t result in his usual strikeout numbers, it resulted in a different type of contact. The .222 BABIP was largely due to Rivera’s pitch location and resulting poor contact by batters. He still throws in the low 90′s, but he doesn’t have to blow the ball by anyone. His location is superior and he is making batters swing defensively. It is why he is able to maintain his status as the best closer in the game, even at 41 years old.

But, that has to do with his plan and approach. There is more of a feeling when it comes to Rivera. He isn’t brash like Muhammed Ali, shouting that he’s the greatest. He doesn’t have the marketing campaign like Michael Jordan once had with Nike and Gatorade. He doesn’t have people singing to be like Mo. He doesn’t even have the marketing appeal of his teammate, Derek Jeter. When people rank the best players in Baseball, his name is rarely mentioned as most gravitate towards the hitter. But, that feeling when he is on the mound is every bit as powerful as Ali in the ring hanging on the ropes right before he knocks out George Forman. It is every bit as powerful as Michael Jordan taking a jumpshot as the clock counts down to zero and his team down by one. It is the feeling of inevitability.

Inevitability is what separates the good from legend. It was inevitable that Ali would win. Michael Jordan was going to make the shot. We knew that going into the event. We watched anyway, getting a glimpse at a rare athlete in his prime able to control his opponents, himself, and the sport. That is Mariano Rivera, even at age 41. It is inevitable that Rivera will finish the game with the same pitch he has been throwing for nearly two decades. For a while, everyone was waiting for him to fail, to fall of that perch, and to become human. It happened to Ali. Even Michael Jordan looked human in Washington. Rivera is different. He isn’t slowing down; he doesn’t have any signs of being a mortal reliever. The only concessions to age have been a slower start in the Spring and less multi-inning appearances. Other than those, Rivera is still the standard.

This season has turned out to be just another of Rivera’s typically elite seasons. He’s appeared in 57 games. He’s saved 39 games. In 55 innings, he’s allowed just 44 hits, 13 runs, 7 walks, and has struck out 53. That strikeout pitch that seemed to disappear is back. His 2.13 ERA, 0.927 WHIP, and 205 ERA+ might be the worst marks he’s compiled in the past four seasons, but they are still elite level. At 41 years old, Rivera is still the standard. He isn’t slipping even if he went through a much ballyhooed slump last month.

Now, he is just four saves away from holding the all-time saves record. It is indeed fitting that the best reliever of all-time will hold the record. It is right just like it is right that Rivera will be the last player to ever wear the number 42. A legend holding the record during a time when record holders can be questioned is befitting. Yet, as Rivera approaches the record, there is no countdown. There’s no emblem on his glove or any merchandise. It is a quiet march; it is the same quiet march we’ve seen for the past 17 years.

And that may be why Mariano Rivera isn’t as celebrated like Ali or Jordan. There is no celebration or fist pump. There’s not even a glare before he pitches.The only emotion that he has ever displayed was when he dropped to the mound crying after Aaron Boone hit the game winning homerun to send the Yankees to the World Series. For the rest of the time, there is just that confident set of eyes that look through the hitter seemingly telling his opponent that he doesn’t have a chance.

And just like the great ones, he has experienced failure. He has blown a few saves every season. He was the losing pitcher in the 2001 World Series. He gave up that homerun to Sandy Alomar in 1997. Michael Jordan missed game winners. Ali lost fights. Like those legends, Rivera’s failures are few and his exploits are more than any other of his peers. The end is likely coming soon. Few pitchers can sustain an elite level well into their 40′s. Nolan Ryan did. Rivera is as well. But, make no mistake, the end is coming.

Mariano Rivera is rare because of his excellence on the field, but he is even more rare in that he will likely decide when to walk away, not a loss of talent forcing him from his job. He is the best closer of all-time and the present time. Few athletes—Jordan and Ali—get to hold that title. Mariano Rivera is one of the few special players in the game. He performs, he is dignified, and he inspires. He inspires the inevitability that few athletes are able to produce in us. We are watching someone special. We are watching someone rare. We are watching the unquestioned best. 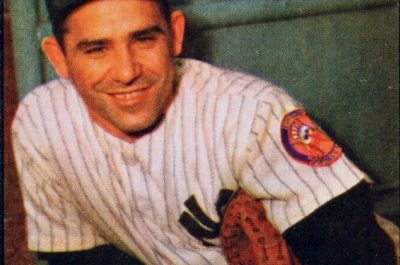 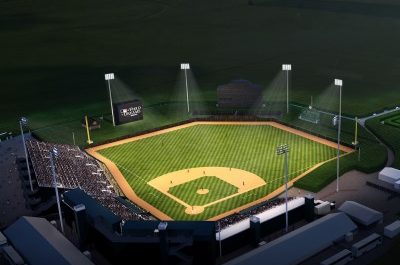