Noah Syndergaard and Rafael Montero, depending on who you ask, are one of two things. For those with a daunting fear of the unknown, they’re keys to a barely pre-owned, just as shiny as the day he was unwrapped, somehow 24-year-old Giancarlo Stanton. For others, they’re the Matlack and Stone to Matt Harvey and Zack Wheeler’s Seaver and Koosman.

But because we don’t live in a world of binaries, the two pitching prospects aren’t nearly as expendable as the first contingent would have you believe, nor are they the franchise saviors the second group might boast. They should, however, fall decidedly on the “Keep Them” side of the spectrum.

Mets fans having been previously put through the ringer time and again with pitching prospects who didn’t pan out, compounded with several black holes in the Mets’ lineup, plus a general human fear of the unknown, makes it hard to so vehemently defend the value in two minor-league pitchers, one who hasn’t yet faced the gauntlet of the Pacific Coast League. But make no mistake, they should be here to stay.

Before examining what makes Syndergaard and Montero keepers, it’s important to remind ourselves how crucial organizational pitching depth is. The Mets tied for the National League in pitchers who started a game in 2013 (12). That number isn’t far above the league average (10.47), and most teams were in the eight to 11 range. Consider, though, some of the back-end guys who carried the torch for New York: Daisuke Matsuzaka, Aaron Laffey, Aaron Harang (there were indeed two Aarons on the Mets this season), Collin McHugh and the ill-fated Shaun Marcum.

Next, consider the National League champion Cardinals, who used only two fewer starting pitchers than the Mets. Among the late-season fill-ins who made the spot-starts that become inevitable over a 162-game season: Michael Wacha, Carlos Martinez, Joe Kelly. It’s a six-month slog for every team, and as a fan, you don’t want to be the one tweeting, “Who had Dice-K starting for the #Mets on August 23?” You want to be watching meaningful baseball in September, and any baseball at all in October.

It’s easy enough to sit here and say a Harvey-Wheeler-Jon Niese-Dillon Gee front-four will do just fine. And with each of them playing at the peak of his abilities, and tapping into his potential, it’s not a rotation I’d soon want to face. But that’s not how Major League Baseball plays out. Pesky things like shoulders and elbows come into play in a league where you can’t construct a rotation in a vacuum. Harvey requiring Tommy John surgery, specifically, exposed just how fickle a raw, prized arm is, even under the most fastidious watch and concern.

At this point in their careers, it’s not worth predicting how Syndergaard and Montero will figure into the Mets’ rotation in 2014 and immediately beyond. Both project to be called up at some point in the upcoming season, and will probably do so under the pretenses that the Mets could not staple down a back-end starter, not as supplements for a midseason or playoff push. Although their niche in the Mets rotation will be murky at first, exacerbated by Harvey’s absence throwing the staff off its axis, keeping them at all is of utmost importance for the Mets going forward.

Let’s begin with Syndergaard, who’s yet to throw a single pitch of Triple-A ball. The 21-year-old side-dish to Travis d’Arnaud’s main course in the R.A. Dickey trade with Toronto, his legend burgeoned with a masterful stretch at Double-A Binghamton in 2013. In 11 Eastern League starts, Syndergaard went 6-1 with a 3.00 ERA, 1.07 WHIP, and 69 strikeouts in 54 innings pitched. The numbers were slightly better than those from his 12 starts with High-A St. Lucie, where he went just 3-3 with a 3.11 ERA and 1.21 WHIP.

Much of his success at the higher level had to do with his workload and the way management minced his starts. He went six full innings or less in all but one start, and was never pulled in the middle of a frame. One hopes the measured pace of his development is less coddling than it is exactly what he needs to thrive as he climbs the minor-league ranks and eventually takes the mound at Citi Field. From a stuff perspective, at 6-foot-6, the righty is very much a downhill thrower, using his imposing size to power a fastball that generally touches 96 mph. His secondary pitches, a power curve and power change-up (power can be ascribed to pretty much anything Syndergaard does) are a work in progress, but his projection as a front-line starter doesn’t seem an overestimation at all.

Montero, a six-foot 23-year-old Dominican product, gets by with more savvy than power, with a slider and fading change-up that are already quality pitches — though his fastball can still hit 95. To his credit, he has already spent half a season in the PCL, and turned the pitcher’s worst nightmare into a stellar campaign, most strikingly allowing just four home runs in 16 starts for the Las Vegas 51’s in 2013. He was hit in Triple-A (.254 BAA), but perhaps more telling is his comparatively low ERA (3.05) and his torrid stretch in Double-A to being the season (7-3, 2.43 ERA, 0.92 WHIP in 11 starts).

There are other ways to field a lineup, which depending on your faith in Sandy Alderson’s piggy bank, may or may not be found in value, mid-level free-agent signings, or perhaps trading less-heralded, less-advanced pitching prospects for smaller returns than a Stanton. This isn’t to say the Mets don’t need a few impact bats like the fate of the franchise’s next decade depended on it — it does — but the point of no return on Syndergaard and Montero, if ever there was a time to doubt their spot on the Mets going forward, is squarely in the rear-view mirror. 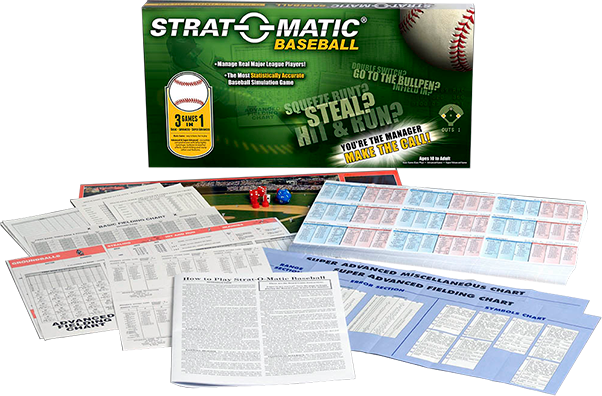 Strat-O-Matic Baseball Selected By People.com as ‘Best Board Game for Sports Lovers’ For 2020