Major League Baseball (MLB) has announced its latest technology collaboration with Apple to integrate powerful new on-field capabilities through the approved use of iPad Pro and a newly developed advance scouting, analytics and video app – MLB Dugout – during MLB games. The announcement, made by Baseball Commissioner Robert D. Manfred, Jr., brings iPad Pro into all 30 Major League dugouts and bullpens and marks the first-ever on-field integration of next generation technology, putting advance scouting video and customizable reports at the fingertips of all managers, coaches and players.

Entering the 2016 MLB season, each iPad Pro has been customized for each Club and loaded with the MLB Dugout app, allowing every team’s manager, coaches and players to utilize their own proprietary and strategic statistical reports, data visualizations and advance scouting videos during every MLB game from dugouts and bullpens giving them easy access to valuable, actionable baseball insights. Clubs also will have the ability to include any of their own reports with data generated from last year’s first full season of Statcast tracking technology, bringing new stats for pitch tracking, hitting, baserunning and fielding, right on iPad Pro.

Commissioner Manfred said: “Our collaboration with Apple on the use of iPad Pro in dugouts and bullpens is part of our ongoing effort to introduce extraordinary technology into our game. We are pleased that Apple’s groundbreaking products, which have already improved the access that fans have to our sport, will now inform the decisions that make our games interesting and exciting throughout the year.”

“iPad is our vision for the future of personal computing, and we are so excited to be working with Major League Baseball to put this incredible technology into all of their dugouts and bullpens this season,” said Philip Schiller, Apple’s senior vice president of Worldwide Marketing. “With iPad Pro and the new MLB Dugout app, managers, coaches, and players will have unprecedented access to statistics, data, and scouting videos right at the touch of their fingers and when it matters most, during the game.”

During the initial on-field integration, Clubs will have secure access to pre-load all pertinent analytical reports and video onto iPad Pro from a private network infrastructure installed this offseason in both the visiting and home clubhouses at each of the 30 MLB ballparks. Per League rules, when in use in the dugout and bullpen the devices will not be connected to the Internet or stream live video.

As part of a pilot program late during the 2015 regular season and Postseason, Clubs were offered the opportunity to utilize iPad Air 2 and an early version of MLB Dugout. The 2016 Opening Day version of MLB Dugout is based exclusively on Club feedback from the pilot program and has been expanded and enhanced for iPad Pro with a valuable set of shared tools that offer customizable capabilities and content based on each Club’s specific needs. Dugout was developed by MLB in collaboration with Apple to leverage MLB’s app development and video expertise and Apple’s legendary consumer experience, hardware and software integration and developer platform.

MLB and Apple will continue to collaborate on regular updates of MLB Dugout and the overall iPad Pro experience, including adding new features such as support for Apple Pencil and video annotation functionality. 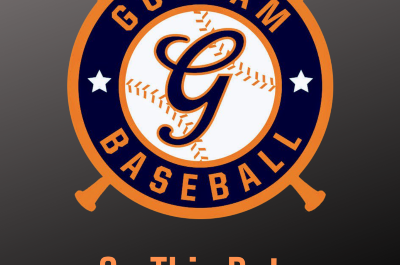 On This Date In Gotham Baseball History: June 17