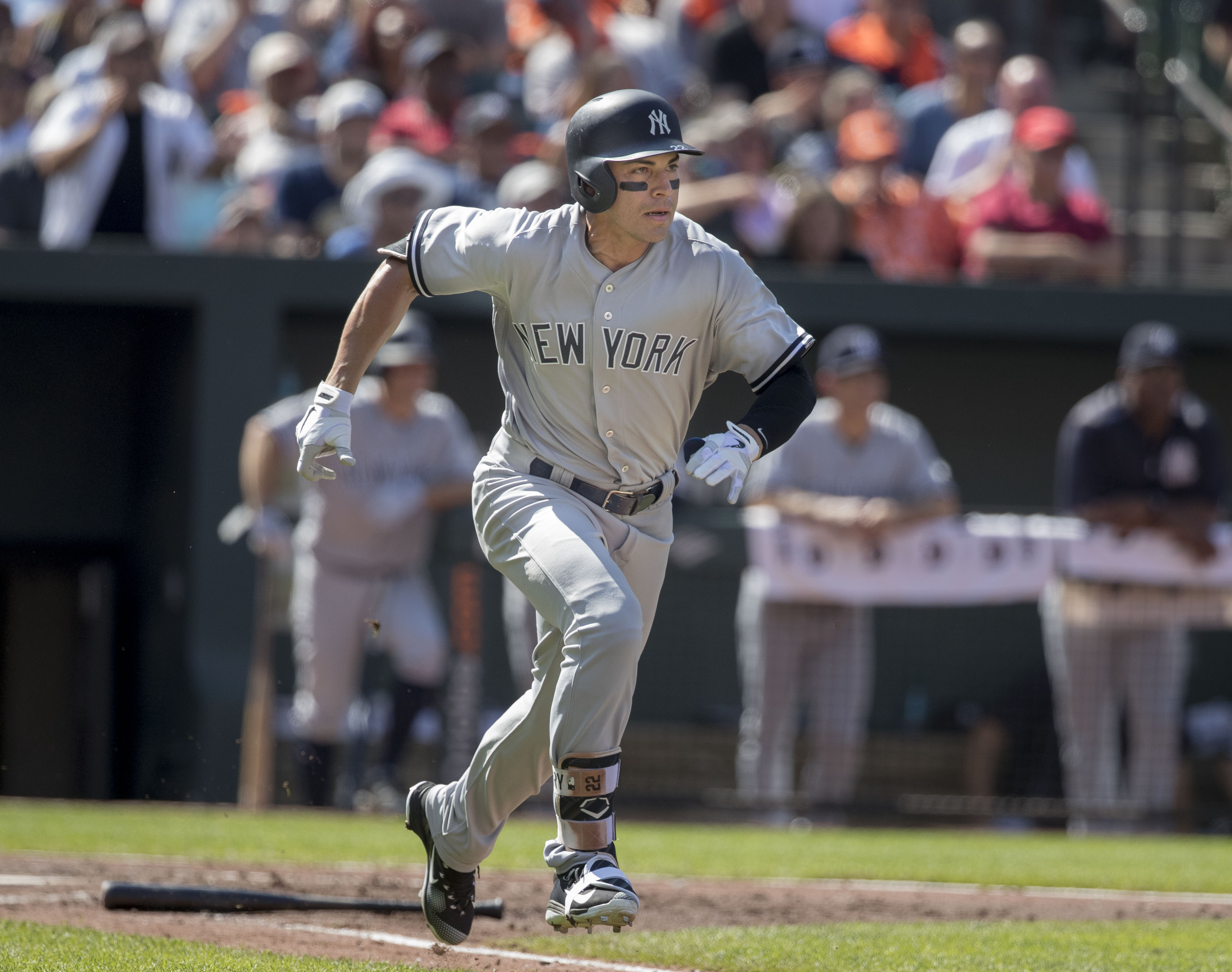 One of the most underrated aspects of the great Yankees’ teams of the mid 1990’s was the veteran bench.

The core of the Yankees’ team was young, but the bench had useful players, who, while past their primes, were productive in limited roles. Tim Raines and Darryl Strawberry were vital pieces of the 1996 and 1998 championship teams. Neither player eclipsed 400 plate appearances in either championship season, but both provided high on-base skills, a skill set that those teams needed (power), and veteran leadership.

From the moment the Yankees signed Jacoby Ellsbury to a seven-year, $153 million deal back in the winter of 2013, it was a given that the contract wouldn’t end well. Ellsbury was entering his age 30 season. He came with a bit of injury history. Much of his game was predicated on his legs. Forget the end; Ellsbury hasn’t really lived up to his contract in any season during his Yankee tenure as he has a four year average of .264/.330/.386. Every General Manager, even ones with stellar records, has a few of “those” deals; Ellsbury certainly looks the part for Brian Cashman.

It looks even worse for the 2018 season. The Yankees outfield is loaded with options. Judge, Gardner, Stanton, and Hicks are all ahead of Ellsbury on the depth chart. $21.1 million is an awful lot for a player who is, technically, fifth on the outfield chart.

Except, none of that matters. It may sound unfair–perhaps it is–and it may sound like Yankees’ bravado, but the Yankees are one of the few organizations in the sport that can carry a $21 million role player without it impacting other moves. Because of Cashman’s roster construction, the Yankees still made moves to improve the 2018 club and are not subject to the luxury tax. Fans get hung up on the money, but if it doesn’t impact team spending, why should it matter? An overpaid, underperforming player is only a problem if his salary gets in the way of the team making improvements.

Jacoby Ellsbury is overpaid, but that isn’t the argument. There is, of course, the belief that Jacoby Ellsbury won’t contribute in 2018. There is the thought that Ellsbury is done at the age of 34. While he hasn’t lived up to the big contract and he will not, no matter what he produces, Ellsbury still has skills that would make him a viable starting outfielder or a very useful extra outfielder. And, perhaps, a semi-regular role will allow not only the veteran to flourish but Hicks and Gardner to produce at an optimal level. Ellsbury is the type of depth that championship teams have.

It is easy to forget that Ellsbury got off to an above average start last season. In April, he hit .277/.333/.410 with 2 doubles, 3 home runs, and 6 stolen bases. He followed that up with a .288/.373/.442 with 5 doubles, 1 home run, and 2 stolen bases May. Through those two months, Ellsbury walked 15 times and struck out just 24 times. But, his season was derailed after suffering a concussion when he crashed into the wall on May 24th, making a play on the game’s first pitch. Concussion symptoms would limit him to just 4 games in July and he would play just 19 games in July with Aaron Hicks playing well as the entrenched starter.

Ellsbury would get a chance to play regularly in September with Hicks going down with an injury; he would have his best month, batting .337/.436/.477 with 8 doubles, 2 triples, and 6 stolen bases. While aided by a bloated .403 BABIP, Ellsbury did walk 14 times and struck out just 14 times in 103 September plate appearances.

Again, Ellsbury isn’t performing like a $21 million player, but he still has a skill set that is useful to the Yankees. His contact type hasn’t changed in four seasons. His 2017 90 percent contact rate with pitches thrown for strikes is about five percent above league average. His on base percentage was about 20 points higher than the league average while his strikeout rate was five percent lower and his walk rate was about two percent higher. And, his baserunning was efficient as he stole 22 bases in 25 attempts. Those 22 stolen bases marked fifth consecutive season that he stole 20 or more bases. Again, it’s not $21 million performance, but it is still useful performance.

Defensively, he would post his worst defensive runs saved total (-3) since joining the Yankees, but he is just a year removed from a +8 DRS. There is no real indication that Ellsbury can’t be, at the minimum, an average defensive center fielder in 2018. Although he hasn’t played a corner outfield position since 2010, he projects to be an above-average defender at either spot. Offensively, a .260/.330/.390 season seems like a solid, floor projection. That’s not exactly useless, especially as a bench player.

While many may want to anoint Aaron Hicks as a surefire bet to be the everyday center fielder, the fact is that he has played more than 100 games just once in his five Major League seasons. Last year was a breakout year for Hicks, but he played in just 88 games. They were, obviously, a productive 88 games as he hit .266/.372/.475 with 18 doubles and 15 home runs, and 10 stolen bases. An oblique injury cost him most of September. There is so much to like about Aaron Hicks, especially as he enters his age 28 season. But, he has to prove he can do it on an everyday basis. Until that happens, an insurance policy is needed. Ellsbury is that insurance policy.

With Brett Gardner entering his age 34 season and both Judge and Stanton incapable of playing center field, Jacoby Ellsbury has a role on the 2018 team. It’s enough of a role that Cashman will not just simply pay some other team to take Ellsbury off the roster. The Yankees are a power-laden team, but that power doesn’t mean as much if other players don’t get on base. Last season, Ellsbury had the third highest on-base percentage on the team. He was the most efficient base runner and finished just one stolen base shy of the team lead. Those skills are needed, especially from a role player.

He may not be an early season starter–he may not be a starter at all–but having a veteran on the bench who can run, get on base, and has extensive playoff experience is valuable. He’s not the most cost-efficient role player, but his skill set will be important to the 2018 Yankees, just like the two veterans from 20 years ago.

Lindgren Optioned to SWB, 16 Others Reassigned to Minor League Camp