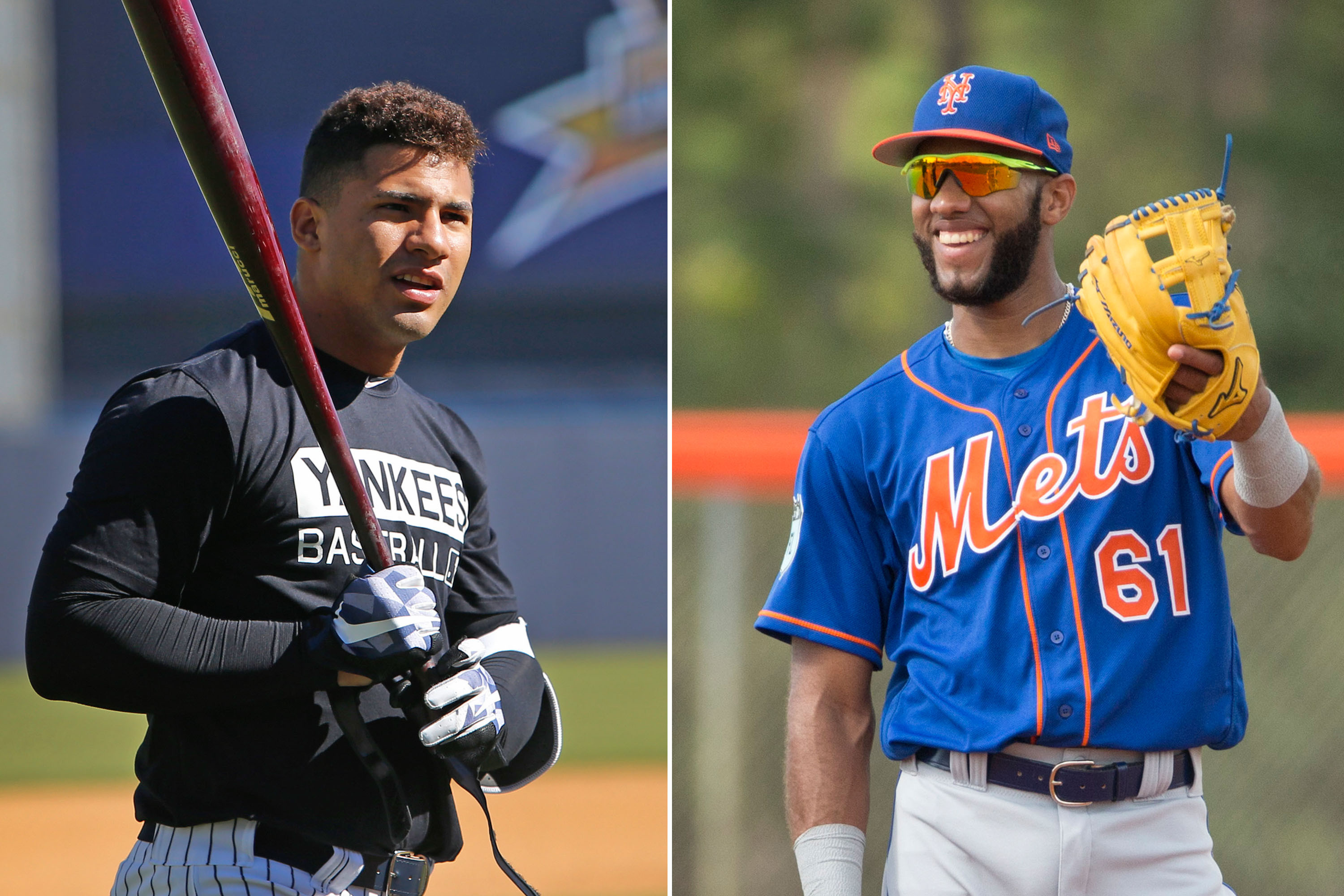 Back in 1996, the City of New York had two rookie shortstops which excited their respective fanbases – Rey Ordonez and Derek Jeter.   Because narratives and comparisons tend to be lazy, both shortstops were compared to one another even though they were both completely different kinds of players.

At the time, it was long suspected Jeter was the better overall player with Ordonez being an immensely gifted defensive shortstop.  When overlooking their careers, the only thing that makes you scratch your head is just how in the world Jeter retired with more Gold Gloves than Ordonez.

Well, it is over 20 years later, and once again everyone is starting to compare Amed Rosario and Gleyber Torres.

We’re hearing the comparisons, again, because these comparisons tend to be lazy and over-focused on city and position instead of types of players.  They’re also being done to push a larger narrative on how Rosario is bordering on being a bust for a Sandy Alderson farm system which hasn’t produced the players many believed would be produced.  Conversely, it is being promoted to show the genius of Brian Cashman and how he is a much better talent evaluator and General Manager.

These players prove none of that.

With respect to Rosario, he was signed by the Mets organization six years ago out of the Dominican Republic.  He was the result of a recruiting process and the then largest international bonus ever handed out by the Mets.  The team developed him from the age of 16 until today.

Conversely, Torres was signed a year later by the Chicago Cubs organization.  Like with Rosario, the Cubs stepped up by giving a large bonus and developing the player.  It just so happened, the Yankees were able to take advantage of the Cubs desperately needing a closer at the trade deadline at the same time the franchise was trying to break a 108 year World Series drought.

It was a great trade by Cashman, who used all of his leverage to get a great prospect.  It should be noted Sandy Alderson once did the same thing to a Blue Jays organization desperate to build a winner when he received both Travis d’Arnaud and Noah Syndergaard for R.A. Dickey.

The Mets saw the fruits of their efforts with Rosario reaching the majors last year at the age of 21.  Unfortunately, he struggled out of the gate, and so far in his career, he has been a -0.2 WAR player.

Because things are the way they are, it is expected Torres, the Yankee, will be a superstar like Jeter, and Rosario, the Met, will be a disappointment like Ordonez.

This is complete and utter nonsense.

For starters, Rosario is starting to figure things out.  Over the last week, he’s hitting .333/.385/.583.  He’s making a difference in games with his bat, his speed, and as we saw with that incredible double play, his glove.  He’s still a raw and immensely talents player.  He is one that is not in a potent lineup and for development purposes is doing it from the last spot in the order.

Like Rosario, Torres is also batting ninth, but that is in large part due to an absolutely stacked Yankees lineup with hitters like Aaron Judge, Giancarlo Stanton, and Gary Sanchez.  Being in a loaded lineup like this is very helpful to a young hitter.  It should also be mentioned Torres is benefiting from an unsustainably high .365 BABIP, which does indicate he’s due for some regression.

However, Torres possibly regressing is not the point.  The point is Rosario and Torres have taken different roads to the majors in different organizations.  They are very differently talented players.  If they played for the Phillies and Blue Jays, they wouldn’t be compared at all.

Instead, because they are both in New York, they are being compared and larger, unnecessary, and unfair narratives are being drawn about both players.

Graterol Gets 2 Hits, But Zulia Falls in Venezuela