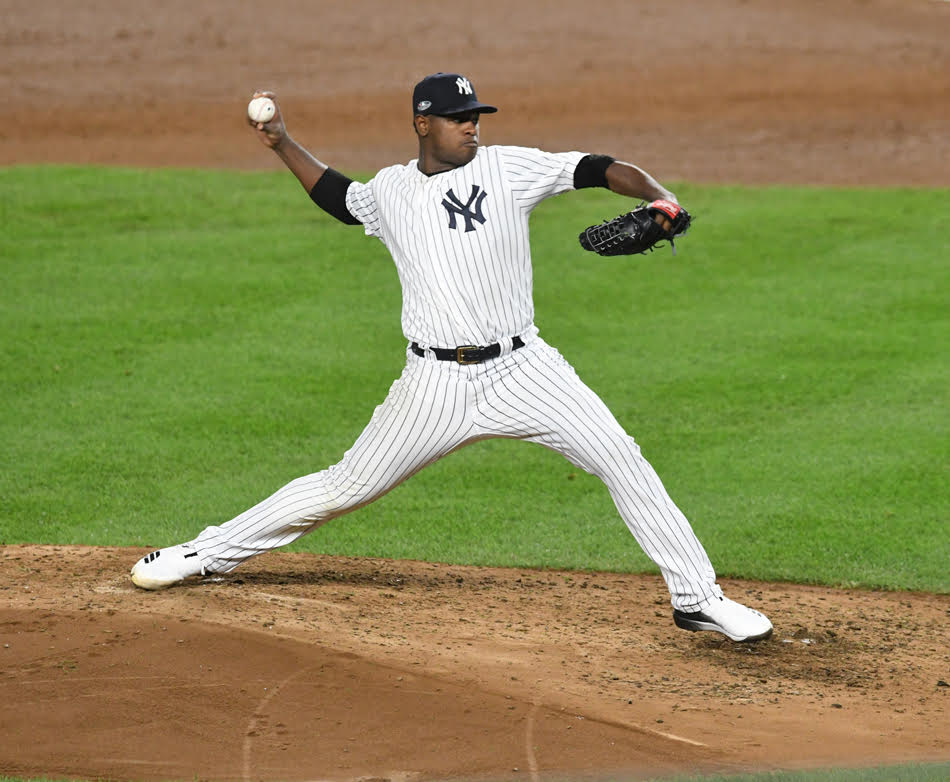 The New York Yankees have been eliminated from the postseason.

While the Yankees and Red Sox played fairly evenly when matched up head-to-head during the regular season, the eight games separating them in the standings never seemed more apparent during Games 3 and 4 of the ALDS.

Simultaneously, the Houston Astros absolutely steamrolled a Cleveland Indians team just two years removed from the pennant.  Seeing the Red Sox and the Astros this season, no matter how absurd it seems, the question should be asked about whether this Yankees team can win a World Series.

The question seems absurd because of their young talent Aaron Judge is an MVP level player.  Aaron Hicks took a leap this season.  Gleyber Torres was even better than could have been anticipated.  Miguel Andujar is an unexpected candidate for Rookie of the Year.  Luke Voit was an all-time find.

And yet, despite all of that, it seems as if the team is missing something.

Luis Severino went from Cy Young to completely falling apart.  Masahiro Tanaka‘s elbow is a ticking time-bomb.  Sonny Gray went from big acquisition last year to being easily left off the ALDS roster.  There is a question about whether CC Sabathia will play beyond this year, and even if he does, he’s just a fifth starter at this point in his career.

There isn’t any pending starting pitching free agents who are difference makers.  On the trade front, we saw this past trade deadline, the Yankees are gun shy trading away their prospects to get that one big arm they need.

This is where the Yankees bullpen can offset the starting pitching shortage.  It did that job this year as it is a great bullpen.  Even that bullpen has some question marks.  Aroldis Chapman had knee issues which affected his effectiveness.  David Robertson was terrific, but he’s going to be 34 and a free agent.  Tommy Kahnle, one of the prized acquisitions last year, was great in last year’s postseason, but he struggled mightily this season.

But none of these things are the Yankees real issue.  The real issue is leadership.

Aaron Boone looked completely over-matched in the ALDS.  While jarring, that wasn’t his only failing this season.  During the year, Gary Sanchez and Greg Bird regressed.  While Andujar was great at the plate, he was a really poor fielder to the point he was benched for Neil Walker in Game 4.  As previously noted, Severino fell apart in the second half.

Speaking of leadership, the Yankees are poised to lose some of their leaders.  Sabathia’s future is up in the air, and Brett Gardner is heading to free agency.  This means the Yankees are left without leaders to help buttress what appeared to be an in over his head manager.

Of course, this is a Yankees team which just won 100 games, and even with all of these “issues” they promise to be a 90+ win team for the next decade.  After all, this is an organization which will spend and support their front office to not just build a contender, but to also make this a sustainable contender.

That said, this is the Yankees.  They are not an organization focused on just being competitive or making the postseason.  This is a team about winning World Series titles.  Unless something radical happens, it is difficult to see them surpassing the Red Sox and the Astros over the next few seasons, which of course means, the Yankees won’t be winning any World Series titles anytime soon.

That’s not something we expected to see before the 2018 season started.

Yankees At The Break: The 2010 Midseason Report Card