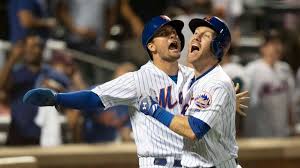 The 2019 Mets are about as Mets as the Mets get. Five out of the six months of the season are complete and we’ve seen pretty much everything so far. From hopeful to pitiful to hopeless to briefly unstoppable to hopeful to painful to wherever they are now, this year’s roller coaster ride has not been for the faint of heart. While the entire roster has participated in this wild ride, it’s the Mets third basemen, Todd Frazier, who fully captures the spirit of this team, good or bad.

To be clear, or at least a little less unclear, I am certainly not trying to suggest that Todd Frazier is the key to the Mets successes and failures. He’s far from the best player on the team, and he’s certainly not the worst player on the team. Still, if you’re a Mets fan, how many times have you given up on this player, only to find him stepping to the plate in a key moment? He doesn’t come through all that often, but when he does…it’s enough to make someone think that he can do it every time.

When any player slumps, it’s not pretty. When Todd Frazier slumps, it’s nearly impossible to watch. I’m not sure if there’s an official statistic for accidentally losing the bat on a swing, but if there is, he’s likely among the league leaders. Additionally, Frazier’s most recent troubles were not just at the plate. The usually reliable (but rarely spectacular) fielder made some key errors while also consistently looking over-matched at the plate over the past few weeks. Still, this is the same Todd Frazier who hit a HUGE game-tying 3-run home run in the ninth inning against the Nationals a few weeks ago. And this is the same Todd Frazier who hit two separate 3-run home runs this past Friday night to wake the Mets up from their most recent losing skid. Beyond his round-trippers, this is also the same Todd Frazier who can often be found at the top of the dugout steps, cheering on his teammates, no matter how he’s been playing.

These descriptions are just as fitting for this year’s Mets team. For most of May and June, they looked hapless, hopeless, clueless, and for what seemed like long stretches, winless. Still, this is the same Mets team that heads into September playing games that matter in the standings. And still, this is the same Mets team that can respond to a disastrous 6-game losing streak at home with a series win on the road, providing just enough hope to keep fans from giving up (whatever that means). 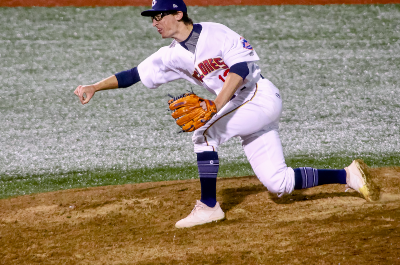