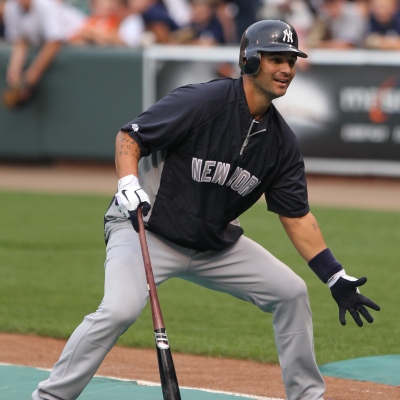 Mendoza, 42, returns for his third season as the Yankees’ bench coach, his fifth on the club’s Major League coaching staff and his 14th overall with the organization. Prior to being named the Yankees’ bench coach in 2020, Mendoza served as the club’s Major League quality control and infield coach from 2018-19. He also spent five seasons from 2013-17 as the organization’s infield coordinator and served as the organization’s lower level field coordinator in 2017. Prior to that, he managed Single-A Charleston in 2012 and the GCL Yankees in 2011.

Blake also served seven years as the pitching coordinator for Cressey Sports Performance while also spending time coaching the Yarmouth-Dennis Red Sox of the Cape Cod League. The Concord, N.H., native pitched four seasons at the College of the Holy Cross (Mass.) and graduated in 2007 with a degree in Psychology and Philosophy.

The 2022 season marks his 16th season on a Major League coaching staff, serving as the pitching coach for the Arizona Diamondbacks from 2014-15 and spending the 2006 season as the bullpen coach for the Florida Marlins. He also served as a minor league pitching coach for seven seasons in the Chicago Cubs (2007) and San Diego Padres (2000-05) organizations.

Druschel, 46, joins the Yankees’ Major League staff after spending the last three seasons as the Yankees’ manager of pitch development. Prior to joining the Yankees, Druschel spent five years at the University of Iowa, serving as the team’s pitching coach from 2017-19 after working as their director of baseball operations from 2014-17.

The Vinton, Iowa, native played baseball and basketball at Upper Iowa University and Mount Mercy University (Iowa) from 1994-98. He earned his master’s degree in athletic administration from Indiana University in 2001.

Prior to joining the Yankees, Lawson spent two seasons with the Houston Astros organization, serving as the hitting coach for Single-A Quad Cities in 2018 and Single-A Tri-City in 2016. In between his two stints with Houston, Lawson was the hitting coach at the University of Missouri in 2017. He began his coaching career on the collegiate side, serving as an assistant coach at Lindenwood University (Mo.) from 2007-09, at Morehead State University (Ky.) from 2009-12 and at Southeast Missouri State University from 2012-15.

The Louisville, Ky., native played four seasons at Transylvania University (Ky.), earning All-Conference honors as a junior and senior. He also earned his Master’s in Education with an emphasis on strength and conditioning from Lindenwood University.

Chavez, 44, enters his first season as the Yankees’ assistant hitting coach. He most recently spent five seasons in the Los Angeles Angels organization (2016-20), serving as a special assistant to the general manager. Chavez also acted as the interim manager of the Triple-A Salt Lake Bees for the final 27 games of the 2018 season.

Prior to his tenure with the Angels, Chavez was a special assignment scout to Yankees Senior Vice President and General Manager Brian Cashman during the 2015 season while also working as a part-time broadcaster for the Athletics on Comcast Sportsnet California.

Dykes, 31, enters his first season on the Yankees’ Major League coaching staff after spending the 2021 season as Triple-A Scranton/Wilkes-Barre’s hitting coach. In 2021, the RailRiders ranked second in the Triple-A East in on-base percentage (.352) and fifth in batting average (.255) and OPS (.775). Dykes had been assigned to serve as the hitting coach for the Yankees’ former Single-A Charleston affiliate in 2020 before the season was cancelled due to the COVID-19 pandemic.

Prior to joining the Yankees, he spent one season (2019) as the hitting coach at Indiana University, where the Hoosiers won the Big Ten regular season championship and led all of Division I in home runs during the regular season. He also served as hitting coach and recruiting coordinator at Virginia Military Institute from 2015-18. He began his coaching career as an assistant at his alma mater, Western Kentucky, from 2013-14. He played four seasons at Western Kentucky (2009-12), graduating with a bachelor’s degree in sport management before completing his Master’s in athletic administration in 2014.

Rojas was the sixth Dominican-born manager in Major League history. His father, Felipe Alou, was the first when he managed the Montreal Expos (1992-2001) and San Francisco Giants (2003-06) after his 17-season Major League career. Luis and Felipe were the sixth father-son duo to both serve as Major League managers, joining Buddy and David Bell, Aaron and Bob Boone, Connie and Earle Mack, George and Dick Sisler, and Bob and Joel Skinner. His brother, Moises Alou, also played 17 seasons in the Majors with seven different teams.

In 2019, Rojas served as the club’s Major League quality control coach. Prior to joining the Mets’ Major League staff, Rojas managed Double-A Binghamton (2017-18), Single-A St. Lucie (2015-16), Single-A Savannah (2012-14) and the Gulf Coast League Mets (2011). In 2014, he was named the South Atlantic League Manager of the Year. He also served as a minor league coach for Single-A Savannah in 2010 and held the same role for the Gulf Coast League Mets from 2008-09. He spent his first full season in the Mets organization in 2007 with the Dominican Summer League team after joining the organization in 2006.

During his playing career, Rojas spent time in the minor league systems of the Baltimore Orioles (2000), Florida Marlins (2001-02) and Montreal Expos/Washington Nationals (2003-05).

Chapman, 43, enters his first season on the Yankees’ Major League coaching staff and his 10th in the Yankees organization. In 2021, he assumed the role of the Yankees’ minor league infield coordinator after spending the 2020 season coaching at the Alternate Site. He had been assigned to serve as the manager for the GCL Yankees in 2020 before the season was cancelled due to the COVID-19 pandemic. Prior to that, he spent four seasons as a defensive coach for Single-A Charleston (2015-16, ’19) and Triple-A Scranton/Wilkes-Barre (2018). In 2017, he managed the DSL Yankees. He made his minor league managerial debut in 2014 with the GCL Yankees 1 after making his professional coaching debut in 2013 as a coach for the GCL Yankees 2. He was also an assistant coach for the 18U USA National team in 2012 that won a gold medal in Seoul, South Korea.

Swanson, 39, enters his third season as the Yankees’ quality control and catching coach in 2022. Prior to joining the Yankees, he spent two seasons (2018-19) as the Minnesota Twins’ minor league catching coordinator.

The Seattle, Wash., native spent nine seasons at various levels of collegiate baseball, including a five-year stint as a volunteer assistant coach at the University of Washington (2013-17), where he also briefly served as the school’s Director of Baseball Operations for one season (2012). During his tenure as a coach at Washington, his catchers garnered three All-Pac-12 Conference selections, with two also being selected in the first three rounds of the Major League First-Year Player Draft. He also served as head coach at Green River Community College (Wash.) in 2011.

Swanson was a lecturer in the School of Physical Education and School Health, while also serving as an assistant coach at his alma mater, Central Washington University, in 2010. In 2009, he was an assistant at Everett Community College (Wash.), and in 2008, he taught and coached baseball at Sultan High School.