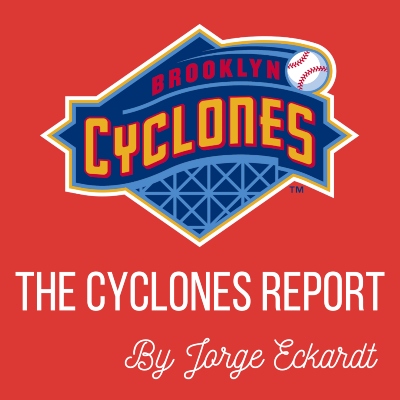 As the standings sit heading into September, the Brooklyn Cyclones own a half-game lead in first place over the Hudson Valley Renegades.

With 10 games left for each team and a playoff spot on the line, you’ll be hard-pressed to find more meaningful games in the minor leagues than this final stretch.

“The ambiance and the chemistry that we have has been great,” manager Luis Rivera said. “Everybody’s energetic, they’re happy, they believe we can make the playoffs.”

Jose Peroza and JT Schwartz, two players who have been with the Cyclones from day one of the 2022 season, have been crucial to the team’s second-half success.

Benes said Peroza has improved on his pitch selection, timing and discipline throughout the season, helping to get him where he is now. Rivera said similarly, emphasizing that a lot of his struggles earlier in the year were due to his timing being off, but now it’s all clicked for him.

“When [I] was struggling, what [I] did to help [myself] get out of it was just to keep swinging, get a good idea of how [my] body was moving,” Peroza said through Benes, who was acting as a translator. “Would never get down on what [I] was doing, just work on it.”

As for Schwartz, a 22-year-old first baseman out of UCLA, he got off to a fast start to the season but slowed down in the middle months. Eventually, he was placed on the IL at the beginning of August. He missed about two and a half weeks, and ever since he was activated in mid-August he’s also been on fire.

“JT’s been doing well,” Benes said. “Very, very happy to have him back. … Doesn’t get cheated in his at-bats. Very professional hitter. Yeah, he’s been doing great.”

Benes said Schwartz has great bat-to-ball skills and that’s his greatest strength, so when that’s going right, everything else comes with it.

“I try to keep things pretty simple,” Schwartz said. “Just being on time with the fastball, trusting my vision, not trying to do too much. Not trying to overcomplicate a situation that doesn’t need to be too complicated.”

One similarity between Schwartz and Peroza, besides both being red hot in August, is their leadership ability.

Chris Newell, the bench coach, stopped what he was doing when he saw Schwartz was getting ready to be interviewed and started gushing about his first baseman completely unprompted.

“Ultimate leader,” Newell said. “Raised unbelievably. With all the success this guy has had, he’s the last guy out of the dugout every single game, and there’s not a gum wrapper, there’s not a glass or a cup. You could eat off the floor — it’s all because of this guy here. That’s leadership.”

Schwartz made sure to say that he does not recommend eating off the dugout floor.

Rivera had similar things to say about Schwartz.

“He’s a good leader,” Rivera said. “When you do things the right way and you back it up, and also you try to help others, yeah, that’s good leadership right there.”

Benes praised Schwartz, calling him a great presence in the dugout, and also talked up Peroza.

“One great thing about him, he’s performing well, doing well for himself, but he’s also spreading the love, talking to guys and encouraging guys on certain things,” Benes said. “Giving information on pitchers, and even defensively, he’s really progressing in many, many ways.”

Their leadership, along with their bats staying hot, is going to be key for this team down the final stretch run.

In the South Atlantic League, there are 12 teams split into two divisions. Two teams from each division make the playoffs, which are the winners of each half. The Cyclones, after finishing No. 4 in their division in the first half, have a legitimate shot to take the second-half crown and earn themselves a playoff berth.

Peroza said it feels great to be in a playoff chase, as that’s one of the goals throughout the season.

“The overall goal is to get to the big leagues, but when you’re playing, the goal is to play well and to do well with the team, and win championships,” Peroza said.

Schwartz echoed him, saying that he thinks being this competitive this late in the season has kept them more engaged and locked in so they don’t waste any at-bats.

“It’s great,” Schwartz said. “There’s probably a lot of teams around professional baseball that kind of just check out around this time of year and kind of sludge through the last couple weeks of the season. Luckily, we’re not in that position where we can actually have our games mean something.”

The Cyclones won seven games in a row over the last week and a half of August, including all six in an away sweep vs. the Jersey Shore BlueClaws.

“It’s not always how you start, it’s how you finish, right?” Benes said. “Coming down to the end of the season, to be this hot and having this much fun and this much energy is extremely important.”

Unfortunately for Brooklyn, while they basically weren’t losing, neither was. Hudson Valley. The Renegades took five of six games from the Hickory Crawdads at the same time as the Cyclones were taking all six from the BlueClaws, so the Brooks didn’t really gain any significant ground in the standings.

Schwartz said he doesn’t know if frustrating is how he’d put it, but that it definitely makes things more competitive. They can’t get complacent, he said, and have to keep their foot on the gas.

“At the end of the day, we can only control what we’re doing,” Schwartz said. “If things work out on their end too then great, but if not, we know we did everything we could do on our end.”

“We can control what we can control,” Rivera said. “We control our team, playing hard, giving 100%, and whatever happens happens.” 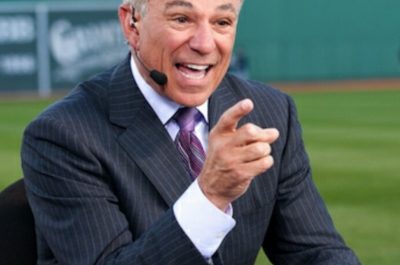