After baffling the Detroit Tigers for his sixth consecutive victory, R.A Dickey has gained cult status in New York. Armed with a devastating knuckleball, the veteran pitcher has stunned the league and helped carry the Mets along their recent resurgence in the standings.

Resurrected from the scrap heap, Dickey hung on with the Mets organization at the break of training camp and eventually earned his spot as a fill-in starter on May 19. After earning a no-decision in his first outing, he has been lights out over the last month, solidifying his spot int he rotation. Along his flawless 6-0 record, the 35-year old knuckler is sporting a 2.33 ERA, combined with a a 1.30 WHIP and a 3 to 1 K/BB ratio. Considering he throws the knuckleball at such a consistent rate, Dickey has only allowed two homers over his seven starts.

Often compared to Tim Wakefield because of their similar repertoire, R.A Dickey represents a different type of breed. The difference between the two pitchers is very simple: speed and movement. The speed aspect of the knuckleball usually gets lost in translation, as the pitch has been known to be on the slower side. Although this may be the case with Wakefield, as he clocks his ball around 66 mph, Dickey’s knuckler averages a speed of 76 mph.

On top of the extra velocity that he adds, the Met veteran has watched his knuckler remain a mystery location-wise. Contrary to popular opinion, Wakefield’s pitch has been able to be charted as it moves up and left at a far greater rate (69% and 73.5%), then right and down (26% and 31%). On the other hand, Dickey’s knuckleball moves in an arbitrary fashion, never topping more than 60% or lower than 40% in any direction.

The story behind Dickey’s success is a fascinating one. After becoming the 1st round selection for the Texas Rangers in 1996, he kicked around the minors until Texas called him up for good in 2002. Lasting only two season as a spot starter for Texas, Dickey bounced between AAA and the majors before finally committing to the knuckleball in 2005. After trying to find his groove with the new pitch, the journeyman has finally found his comfort level with the New York Mets, after stints with Seattle and Minnesota.

The knuckleballer’s success has not just been on the mound, but in the batter’s box as well. In 10 ABs, Dickey has two RBIs and three sacrifice hits, all while sporting a .364 OBP. Hopefully his hot streak will last when he gets up to bat and toes the rubber.

Although a knuckleballer’s success is usually short-lived, R.A Dickey’s situation is unique. As his knuckler seems to stand alone, both in velocity and movement, the Mets may have found a solution to their backend rotation woes. Even if Dickey does flame out, his run with baseball’s most befuddling pitch has been as compelling as the very knuckleball he throws. 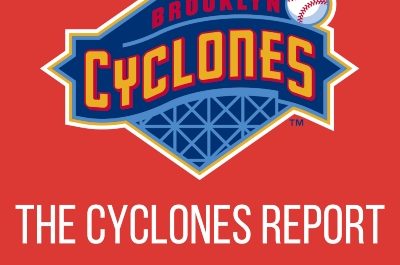