Old Timers’ Day at Yankee Stadium is arguably one of the best and unique moments in baseball, an event no other team can duplicate.

The New York Yankees vast history of legendary ballplayers who have graced their uniform is unequaled throughout sporting history. Babe Ruth, Lou Gehrig, Mickey Mantle and Joe Dimaggio are only some of the legends. However, yesterday during Old Timers’ Day, it wasn’t a legend who shined, but a fan favorite who gave those in attendance a glimpse of the recent past.

With David Cone on the mound and Bernie Williams standing on the third, Tino Martinez entered the batter’s box. The Yankee favorite who was booed heavily after replacing a retired Don Mattingly in 1996, zeroed in on a pitch on the inside corner, promptly turned on it and planted in the right field stands.

Martinez had homered into the short porch in right, something he did in numerous situations with the Yankees, none greater than his World Series grand slam against the San Diego Padres in 1998.

The 43-year-old received a big cheer from the crowd on hand, it didn’t seem to matter that this was not the World Series of ’98 because in those fans minds, they were reliving past greatness.

Sure, Martinez is no Hall of Fame player or a perennial All-Star. The former Home Run Derby Champion never once hit .300 in a season, coming only as close as .293, but he brought the intangibles, the leadership and willingness to win to every game. His focus for every pitch, every at bat, every swing is something almost unparalleled, but it was a trademark of those past Yankees’ teams.

The 1998 team, one that accounted for 114 wins during the regular season, displayed the never-say-die attitude right from the get-go. Fans may not remember, but the magical season actually started off on the wrong foot.

The Yankees would begin their campaign loser’s of their first two series, prompting those in N.Y. to panic about the sub-par start, but those fears would be alleviated once the winning attitude began to mold to form. The 1998 Yankees, a team with no true star, had 25 players with a common goal: Win.

David Cone won 20 games during the 1998 campaign and displayed the winning mentality during each and every one of his starts on the mound. Cone was a veteran pitcher with moxie, he knew what pitches were working for him by the first inning, yet no matter how bad his stuff was, he always got the job done.

Cone would jokingly say he made up pitches on the mound, but teammates say that is exactly what he did. Current Yankees manager Joe Girardi played behind the plate during Cone’s tenure and has said the righty would change arm angles on all his pitches, trying any trick in the book to retire hitters.

He wasn’t alone, prior to the start of the season, the Yankees made a move based on Gene Michael’s evaluation of a relatively unknown middling third baseman toiling in Oakland, his name, Scott Brosius.

Brosius had just come off of a miserable campaign where he barely hit above the Mendoza line with a .203 average in 526 plate appearances. However, the Yankees noted the then 31-year-olds intangibles — his keen batting eye, excellent defense and desire to help the team anyway he can.

Brosius would endear himself to Yankees’ fans by earning himself a first-ever All-Star selection, hitting .300 for the season, blasting 19 home runs and making bare hand plays across the diamond. The former All-Star, like his many Yankee teammates, never failed to do what was needed such as moving a runner over into scoring position.

However, there was one player who displayed a desire to win more than their right fielder — Paul O’Neill. O’Neill arrived in N.Y. after a trade sent him over from Cincinnati in 1993, and he quickly earned a warrior label from the boss — George Steinbrenner.

Surrounding O’Neill were remarks of him being a selfish player, but that could not be further from the truth as Torre has since stated. The only aspect of O’Neill that could be considered selfish was his desire to hit every time he stepped up to the plate and if he didn’t — well, staying away from the water coolers would be good advice.

O’Neill left his heart on the field, hustling out every ball hit, throwing to the cutoff men on defense and giving veteran leadership in tight situations.

The Yankees of 2011 do not have these kinds of players, they have a team consisting of future Hall of Famers and perennial All-Stars. They currently sit a season-high 14 games over .500 after their victory over the Colorado Rockies yesterday, but they seemingly lack the desire Yankees teams of the past had.

They can’t play small-ball, rarely move runners over and fail to capitalize on opponents miscues. Yankees teams were known to take advantage of every extra out that was handed their way, but no more.

On this Old Timers’ Day, Yankees fans witnessed another win, pitting the Bombers in first place, but also received a glimpse into the past, one that featured a team with a killer-instinct and helped reaffirm a winning tradition.

Fans can only hope the current team took notes.

Ryan Lazo is a Senior Writer covering the A.L. East for BaseballDigest.com. He can be reached at RMLazo13@gmail.com, followed on Twitter @RMLazo13 and read his Blog Artificially Enhanced. 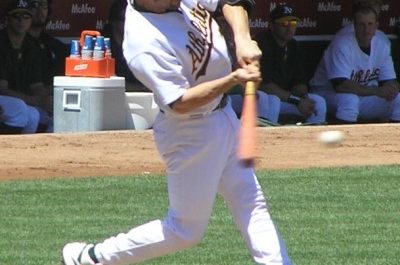