A 1-15 start to June has sunk the Marlins from contenders to bottom feeders in the division.

It wasn’t that long ago that the Marlins were being lauded for their hot start.  The hitting may not have been powerful but it was timely.  The starting pitching may not have been the best but it was impressive.  And the bullpen was solid, but not even tops in their own division.  The Marlins may have been relying on smoke and mirrors, but they were effective smoke and mirrors.  Just one month ago they found themselves in second place, only a half game behind the Phillies.  However, after losing 7 in a row, 15 of their first 16 games this month, 17 out of their last 20 overall, the Marlins are last in the division, 11.5 games out of first.

They haven’t just been losing games, they’ve lost some players too.  Their best starter (and one of the league’s best), Josh Johnson has had an extended stay on the disabled list and is still about a month away from returning.  Their supposed best hitter, Hanley Ramirez, got off to a terrible start before making a trip of his own to the DL.  Reliever Clay Hensley has already had two separate stints on the DL.  Potential future star Mike Stanton missed some early season games with an injury.  Even Scott Cousins, the bench player whose controversial collision with Buster Posey ended the catcher’s season, is now among the injured.   These injuries certainly haven’t helped, but as is said each season by multiple teams, injuries are not an excuse.

The Marlins also fired hitting coach John Mallee, despite his popularity among the players.  They replaced him with Eduardo Perez, who may have been a qualified analyst on TV but had no prior major league coaching experience.  Owner Jeffrey Loria stated the hitting had been an issue for “some time”.  While this was an accurate assessment, his choice of how to address the problem was questionable at best.  Coming into the season the Marlins hitting was a potential weakness, and it wasn’t because of their hitting coach.  That’s not to suggest that Perez won’t do a good job, but it’s evident that the Marlins problems (Fishues?) run a little deeper.

Their manager, Edwin Rodriguez has a style that has been compared to that of Felipe Alou.  But that was when they were winning.  Now, for some, he’s more reminiscent of Jerry Manuel.  In either case, he seems to be doing his part to try to snap his team out of this funk.  And while there are those who believe he’s on the proverbial hot seat, and he may be, it’s hard to believe he’s the problem with this team.  Much like the idea of replacing their hitting coach, it’s feasible that a new manager could squeeze a few more wins out of the Marlins, but it’s unlikely that would be enough to make a difference in the standings.

When you get down to it, this is a young Marlins team who came into the season needing a whole lot to go right in order for them to contend.  Right now, not much is going right at all.  They’re playing like a young, inexperienced team, which happens to be what they are.  Of course losing is part of what makes a player, or a team, experienced.  Besides they do have talent.  Plenty of talent.  And they’ll have even more talent when Josh Johnson returns to the mound and Hanley Ramirez returns to form.

While it’s only June, and there’s plenty of time for the Marlins to undo what they’ve done to themselves over the past few weeks, they should probably start their turnaround soon.  If not, this young will find themselves waiting until the players are slightly less young before the winning starts.

Philadelphia Phillies – The Phillies have won 7 straight and sit atop the NL East with the best record in the majors.  Aside from the much discussed starting pitching, they’ve had to rely on some clutch hitting to get to this point.  Through this past Wednesday, over 40% of the runs scored by the Phillies this year were driven in with 2 out.  Most of their hitters may be experiencing some manner of early season struggles, but they do seem to hit it when it counts.  Lefty reliever JC Romero was designated for assignment and has likely played his final game as a member of the Phillies.

Atlanta Braves – Randall Delgado, considered by many to be the franchise’s second-best pitching prospect (to Julio Teheran), will make his major league debut on Friday night, replacing injured starter Tommy Hanson (shoulder tendinitis).  Teheran started for Triple-A Gwinnett on Tuesday night so he is unavailable to pitch on Friday.  A nice moment occurred in Thursday night’s game versus the Mets.  Brian McCann’s bat flew into the crowd and hit a man in his shoulder (wait, the moment gets nice, I promise).  McCann’s at-bat continued with a new bat while security ran to retrieve his original one from the fan.  When McCann realized that security was going to take the bat away from the unlucky fan, he stepped out of the box (on a 3-2 count, no less) and instructed security to let the fan keep the bat.  McCann then grounded out to the first baseman.

New York Mets – Thursday night’s blown save was only the second all season for Francisco Rodriguez.  While his ERA has ballooned somewhat in the past few weeks, he has still had an impressive 2011 so far.  Speaking of impressive starts, Jose Reyes had yet another multi-hit game on Thursday, his 35th of the season.  He now has 101 hits in only 66 games, the fastest to reach 100 hits in Mets history.  Reyes leads the majors in batting average, hits and triples (he has twice as many as the next in line), and is second in the NL in runs scored (to Ryan Braun) and stolen bases (to Michael Bourn).

Washington Nationals – With their sweep of the St. Louis Cardinals, the Nationals have now won 6 straight to move up to fourth place in the division.  This is their longest winning streak since 2009.  A Danny Espinosa error on Thursday night ended the Nationals streak of 13-straight error-free games.  This was the longest streak in the majors since the Houston Astros went 14 in-a-row without an error in 2006.  Espinosa made up for it though with a game-winning home run in the 10th inning. 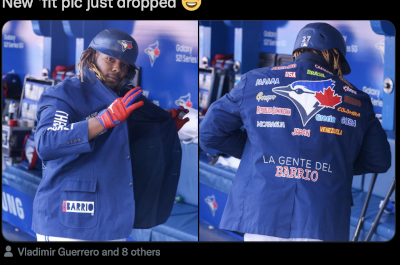