With MLB’s non-waiver trade deadline just a week away, rumors involving just about every team have been swirling.  Let’s take a look at each NL East team, and their potential involvement in the front office fun and games…

Philadelphia Phillies – Despite having the best record in baseball, a fairly comfortable 5-game division lead and arguably the best starting rotation in the game, the Phillies know they have some holes that could be exploited in a postseason series.  So the need to pick up a right-handed outfield bat and/or a quality bullpen arm is pretty obvious.  How far they’re willing to go to obtain those is not so apparent.  They have been linked to Mets rightfielder Carlos Beltran, Hunter Pence of the Astros, and Royals outfielders Jeff Francouer and Melky Cabrera by various media and quasi-media outlets.  Similarly, there have been reports that the Phillies have been inquiring about various Padres relievers like closer Heath Bell and highly-regarded setup man Mike Adams.  Most of those rumors, however, also suggest that teams in trade talks with the Phillies are asking for rookie outfielder Domonic Brown, impressive rookie pitcher Vance Worley, top pitching prospect Jarred Cosart or the franchise’s highest rated prospect, Single-A first baseman Jonathan Singleton.   Any of these would be a hefty price to pay for what would likely be a rent-a-player (a potential free agent at the end of the season) and only a small cog in the Phillies championship hopes.  However, a missing piece in the bullpen, or a couple of losses to lefty pitchers in the playoffs can be painful topics of discussion in an offseason.  Besides, GM Ruben Amaro has shown a flair for the dramatic when it comes to deadline deals in recent years.

Atlanta Braves – The Braves situation is not all that far off from the Phillies.  They have a comfortable 5-game lead of their own, albeit for the NL Wild Card spot.  Their strong pitching staff has carried their underachieving offense through the first 4 months of the season.  And they too seem to be searching for some outfield help as well as a reliever, possibly.  The need for the outfielder comes from the fact that Martin Prado and his .760 OPS has been the most successful starting outfielder they have.  The front office is fully aware that an outfield of Prado, Nate McLouth/Jordan Schafer and Jason Heyward (whose season-long sophomore slump is rather disappointing) will put that much more pressure on the team’s pitching.  Along those lines, the Braves stellar, but young, bullpen has already logged many innings.  It’s reasonable to wonder whether or not their arms will be able to maintain their effectiveness in the fall.  So the Braves have been linked to many of the same players as the Phillies.  And while the various rumors suggest that they’re not willing to give up any of their pitching prospects (Julio Teheran, Randall Delgado, Arodys Vizcaino and Mike Minor), they may have to if they want to add an impact player this season.

New York Mets – For a team battling to get to/stay at/not fall too far from the .500 mark, the Mets are threatening to impact the postseason.  Early in the season it was expected that the Mets talk in July would likely center around Jose Reyes.  However, instead of looking for ways to get something for him, the Mets are doing what they can to free up money to keep him.  So at this point, trading him is incredibly unlikely.  They’ve already gotten rid of Francisco Rodriguez, or really they’ve gotten rid of his contract option.  So naturally the focus has shifted to their next most valuable free agent-to-be, Carlos Beltran.  As I wrote previously, the Mets don’t have to get rid of Beltran.  Even though they will not be able to get any compensation should he sign elsewhere, they’re still not going to trade him for the proverbial bag of balls.  As already stated, there are teams interested in Beltran, teams with good-to-great prospects.  By most accounts, Mets GM Sandy Alderson seems fully prepared to hold on to Beltran if nothing worthwhile shows up.  The worst thing that happens is that he plays out the rest of his contract on the Mets, finishes up what’s already been a strong season, and puts himself in good position to sign somewhere (perhaps even back in Queens, a possibility that some reports have suggested).  Another player that has begun showing up in rumors is lefty reliever Tim Byrdak.  Lefty relievers are a valued (sometimes over-valued) commodity, and when the only other one who shows up in rumors is the Methusela-like Arthur Rhodes, chances are some team is willing to pay for Byrdak’s services.

Washington Nationals – Most of the calls that the Nationals have been reportedly receiving have been for pitchers, and with good reason.  Middle reliever Tyler Clippard, the Nats lone All-Star representative, is a standout in the righty reliever market, of which many are available.  He’s a valuable chip to have, and the Nationals would be equally wise to hold on to him as they would be if they received a nice return for him.  Starters Jason Marquis and Livan Hernandez are also pieces of potential trade bait but would likely fetch a much less impressive bounty.  As for their hitters (and I use the term loosely), the only player that seems to be discussed is young shortstop Ian Desmond.  However, while Desmond may be among the tops in potential among the young players in the league, to this point he’s shown little else.  It’s hard to picture him as part of a trade deadline deal, as his impact seems far from immediate.

Florida Marlins – The Marlins are in an interesting position for a team that’s unlikely to make a splash during this period.  After starting out the season showing contender-like promise, an awful beginning to the summer has rendered this team all but mathematically eliminated with August approaching.  However, for the most part, this is a young team with some potent potential.  Furthermore, with a new stadium opening up next season, the Marlins will likely focus on strengthening the team in the offseason instead of making any big moves right now.  That said, closer Leo Nunez, reliever Randy Choate, and starter Ricky Nolasco have both value and interest.  While it’s unlikely that the Marlins move Nolasco, he is the most valuable of the three players mentioned and is also the oldest of the supposed core starters (Nolasco, Josh Johnson and Anibal Sanchez) of the Marlins future.  At this point, the Marlins are neither buyers nor sellers, however it’s hard to imagine that they wouldn’t consider a deal for Nolasco if it would net them a younger starter or a quality third baseman.

Now that teams have played over 100 games in the 2011 season, the true pennant/wild card races have truly begun to take shape, and the separation between contenders and the rest has grown larger.  For teams that already look like their year will end before October, the trade deadline may be the last exciting period of the season.  The National League East contains 2 teams with postseason potential and 3 teams dangling important pieces in front of the rest of the league.  Whether or not any moves come to fruition, this will likely be a more exciting week off the field than it is on the field within this division. 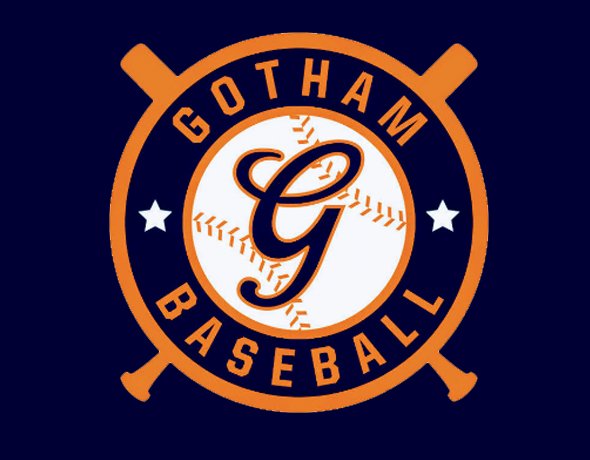