Whenever the New York Yankees and the Boston Red Sox collide, especially late in the season, you can bet the games are all too important to the standings. This past weekend series was no exception: Both teams entered the series tied for first in the American League East and had been two of the hottest teams in baseball.

The Red Sox, a team that entered the season with an embarrassing assortment of riches in the rotation, suffered a major blow when they learned star pitcher, Clay Bucholz, would miss the remainder of the season following a stress fracture in his back. This followed injuries to Daisuke Matsuzaka and on-again, off-again problems with Saturday’s starter, John Lackey.

The Yankees entered the 2011 campaign with nothing but question marks in their rotation, but surprise ace-like contributions from Bartolo Colon, Freddy Garcia and workman-like efforts from Ivan Nova set them up with the second lowest team ERA in the majors at 3.48.

Entering Friday’s matchup at hostile Fenway Park, the Yankees rode a seven-game winning streak, their highest of the season. With clutch hitting by Mark Texiera, Curtis Granderson and Robinson Cano, the slumbering offense awoke just in time to meet the Sox in another crucial August showdown.

With ace 1A in Colon taking the hill for the opener, and A.L. pitcher of the month of July, C.C. Sabathia, taking the hill in game two followed by Freddy Garcia, the Yankees exuded quiet confidence except for this number: 1-8.

The number represented the Yankees record against their arch-rivals entering play on Friday, highlighting a huge problem. The Yankees have had no problem beating anyone else in the American League, but the Red Sox pose a problem.

They have the Yankees number, some teams just wear down their opponent and that’s what the Sox do against the Yanks. In fact, the Yankees best pitcher, Sabathia, is even owned by the Sox, especially this season.

After Saturday’s debacle, Sabathia is 6-11 with a 4.34 ERA in his career, including 0-4 with a 7.20 ERA this season. He has given up six runs or more only three times this season, all of them coming against the same team — the Sox.

Last night, the Yankees bullpen did an astounding job to keep a miniscule 2-1 lead intact with scoreless innings from Rafael Soriano and David Robertson. However, it was Mariano Rivera, the greatest closer in the history of the game, who blew yet another game to the Sox.

If the Yankees want to reach their aspirations of winning their 28th World Series Championship than they will need big contributions from the ace and the rest of the team.

They also will need to figure out how to beat the Sox. Sure they have been in this scenario before, going back to 2009 the Yankees were winless against the Sox heading into, yes, you guessed it, a pivotal August showdown in the Bronx.

However, the similarities between the 2009 Yankees and the 2011 Yankees could not be more scarce. The ’09 Yanks seemed to have destiny on their side. They struggled to open the season, but after three consecutive walk-off wins against the Minnesota Twins in mid-May, it was clear this team was special.

The Yankees of ’11 are good, but those magical moments found throughout the 2009 season have been few and far between. The Red Sox are one of the best teams in baseball and almost certainly in order to get to the Fall Classic, the Yankees will have to beat them.

At this stage of the game, a smart person would not bet on the Yankees. Fortunately, they have another seven meetings left to prove they can beat the Sox.

Ryan Lazo is a Senior Writer for BaseballDigest.com. He can be reached at RMLazo13@gmail.com, followed on Twitter @RMLazo13 and read his blog Artificially Enhanced. 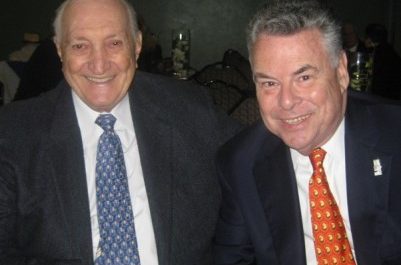 Montgomery Earns the Save as Caracas Defeats Lara