Earlier this season, New York Yankees pitcher Phil Hughes was a mess: his fastball, once hummed through the strike zone in the mid 90s, barely touched 88. His trademark precision with his pitches, gone. The sharp, biting curve ball which made him a No. 1 pick also missing.

Two questions crossed most observers minds. What is wrong with the much-hyped phenom and will he ever be the same again?

The question of course was fair game after the Yankees juggled Joba Chamberlain from the bullpen to starter and back again, thoroughly messing with his head and career.

Few wondered if it was the dramatic increase of innings thrown the previous season when he was brilliant through the first half and merely mortal in the second.

However, with his spot in the rotation secure after a cooking accident by the resurgent Freddy Garcia placed him on the DL, Hughes once again showcased his mastery.

Truth be told, Hughes had already begin to turn the corner two starts prior when facing the Chicago White Sox. His fastball showed the type of zip not seen since the days of him charging out of the bullpen, leaving White Sox hitters defenseless in their attempts to square it up.

He was back to being the Hughes who the Yankees envisioned becoming a No. 1 starter when they drafted him at the ripe old age of 18. Without a set spot in the rotation, Hughes found himself heading out through the bullpen gates to keep the Yankees in the game against the Boston Red Sox.

It seemed to be an audition for Yankees management to see if Hughes would be up to the task if his number were called during the postseason. He failed the test, allowing the Sox to walk-off with the win.

Although the starts he has made since, most especially the one against the Minnesota Twins, an eight-inning, one-run outing where he flat out dominated leaves the Yankees with a few questions to ponder.

Sure Hughes was not beaming the ball through the zone in the mid 90s, but his 92 mph fastball gave the Twins hitters fits. They could not square it up, either just fouling it off or weakly hitting into the field for an easy out.

This outing comes just a few days after Bartolo Colon once again struggled in a start, this time against the lowly Kansas City Royals. Since arriving in camp for Spring Training, Colon was seen as a curiosity by management.

It was a low-risk, high-reward deal and Colon quickly emerged as the teams best pitcher, behind only C.C. Sabathia. The 38-year-olds resurgent season came about from his devastating two-seam fastball which moves the length of the plate, leaving hitters to do nothing but pound it to the ground. However, the results have not been kind of late to Colon.

He has failed to surpass seven innings in his last four starts and has surrendered five runs or more in three of his past eight starts. Colon looks tired on the mound, his fastball doesn’t quite have the bite like earlier this season and he is being forced to work for everything, leaving him with high pitch counts in the early innings.

With the Yankees all but assured of a postseason start, manager Joe Girardi must decide what is best for his team during the playoffs. Which pitcher should he trust?

Does he go with the veteran who looks to be running out of steam or the youngster who has compiled an ERA slightly above one over his past three starts — all wins.

The decision he makes will have a big impact on the outcome of any possible series. It could be the difference between advancing or being eliminated and once again falling short of the ultimate goal — a World Series Championship.

Ryan Lazo is a Senior Writer for BaseballDigest.com. He can be reached at RMLazo13@gmail.com, followed on Twitter @RMLazo13 and read his blog Artificially Enhanced. 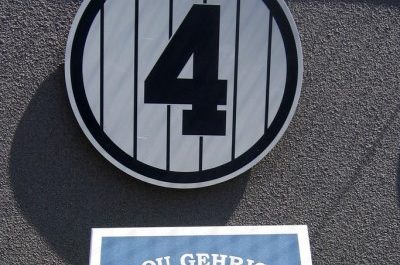 Strat-O-Matic: Gehrig Would Have Surpassed 600 Homers